The photographer will be celebrated at the opening of an exhibition of her work at the Fashion Institute of Technology’s Gladys Marcus Library. 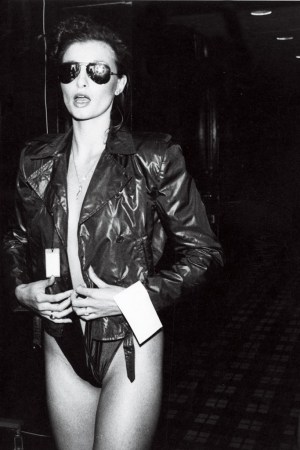 Photographer Rose Hartman is about to reveal what she has witnessed behind the scenes in fashion.
The New York native will be celebrated at Thursday’s opening-night reception for “Incomparable Women of Style,” an exhibition of her work at the Fashion Institute of Technology’s Gladys Marcus Library.

At work on a book by the same name, Hartman said she got hooked on photography through a serendipitous assignment. In Sun Valley, Idaho, for a photography workshop, she was asked to cover Joan Hemingway’s wedding for The Daily News Record, the men’s wear title previously published by Fairchild Publications. “It wound up on the cover with the headline ‘A Moveable Feast,’ she said. “There I was meeting the most fascinating people doing this wedding in a beautiful field. When I got back to New York, I thought, ‘My God, I can make money.’ And this is my passion and my work is being noticed and appreciated.”

Many of the 60 shots that will be on view through Jan. 20 include fashion insiders. During an interview Tuesday, Hartman, who has donated her archives to FIT, said being on the scene often helped her get more candid shots. “Basically, the photos you will see in the exhibition, these are moments. I was not really setting up anything,” she said.

While working on her first book, “Birds of Paradise: An Intimate View of the New York Fashion World,” Hartman pretty much had an all-access pass to Studio 54. “I could come in without having to wait in line or beg the door person to let me in,” she said. One night there in 1976 around 2 a.m., Hartman was as shocked as Mikhail Baryshnikov and everyone else to see Bianca Jagger atop a white horse, but she fired off two or three shots to capture what easily could have become an urban myth. “She was only there for a moment because I imagine it would have been very dangerous to keep a horse in Studio 54,” Hartman said. “I can take a picture quickly based on 30 years of experience.”

Studio 54 was also where she caught Jerry Hall dishing with Andy Warhol at a 1977 Interview magazine party, a favorite photo solely because “Andy never talked,” Hartman said. “I was just feeling the moment because people were freer then. That has completely changed from north to south. Everyone is so self aware now.”

Mary McFadden at ease in her New York apartment and Betsey Johnson on a Harley Davidson beneath an American flag are a few of the fashion portraits in Hartman’s body of work. “I can remember being in Henry Kravis’ apartment when he was married to Carolyne Roehm. We were surrounded by John Singer Sergeant paintings and I thought I would faint,” Hartman said. “I have gotten to see some pretty incredible things that I never would have had I remained a high school English teacher.”

The lenswoman likes to loosen up her subjects with a little humor. “I’m very interested in having a little conversation so the person in question forgets that I’m there,” she said. When Carolina Herrera arrived in New York and started her business with the financial backing of “a very wealthy South American magazine publisher,” Hartman trailed the designer and her husband for a day-in-the-life montage for Harper’s Bazaar Español. “I photographed her going to the florist, to their home, to Le Cirque. I just kept photographing a typical day, which, of course, it could not have been. To this day, Carolina has always been so cordial to me — unlike some others I shall not name.”

Although she made a point of saying that she only goes where she is invited, Hartman has been known to seize the moment. Once while climbing the stairs at Lincoln Center behind Lauren Hutton en route to the New York City Ballet’s annual gala, she called the actress’ name and took a quick shot. “When she turned around, she looked so incredible. She is Lauren Hutton, but I’m sure she was thinking a friend was calling her name,” Hartman said.

Years ago at an Upper East Side book party for Kelly Klein’s “Pools,” Hartman scored again by using a similar tactic with John F. Kennedy Jr. as he headed to the elevators. New York magazine wound up using that image for a cover shot. “These are moments that were unscripted. That made them vital. You really see the person as they are,” Hartman said. “I was told John called New York magazine and said, ‘But I never posed for the cover.’”

Routine as that might seem by today’s standards, such offhanded shots were not always the norm. But Hartman dismissed the suggestion that such candid photography might have contributed to the onslaught of the paparazzi. “I was always invited. I was not stalking anyone. I would never do that,” she said.