The actress and Julie Delpy shared screenwriting duties on next month’s “2 Days in New York.” 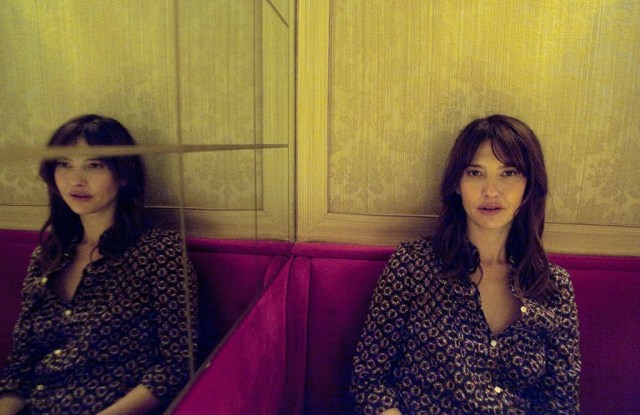 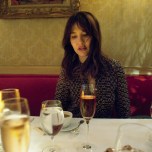 Alexia Landeau knows good advice when she hears it.

“Julie [Delpy] always said, ‘You know, you should write, create roles for yourself, you shouldn’t be dependent on the phone ringing,’ which was really smart,” Landeau says, ensconced in a red velvet banquette at La Grenouille, where she is talking about her latest project, “2 Days in New York,” which she cowrote with Delpy and in which she stars.

“I love this restaurant, my mom loves this restaurant,” Landeau says admiringly of the famed Upper East Side mainstay. “It’s very Jackie O, very Ladies Who Lunch…the food is beautiful, the lighting; the flowers are always perfect here, nobody’s too loud.”

Landeau, who only quite carefully references her family, has an interesting one: Her mother, Irith Federmann-Landeau, is an Israeli philanthropist (the Federmann family founded Dan Hotels, an Israeli luxury hotel group); her father, Marc Landeau, is the chief executive officer of Olympia Capital Group. The von Furstenbergs threw the couple a cocktail party at their apartment the night before they married and accompanied them on their honeymoon to a Bahamian isle, according to a gossip item in the April 2, 1970, edition of The Palm Beach Daily News. Alexia’s 2007 wedding to artist Guilhem de Castelbajac (son of designer Jean-Charles de Castelbajac) at her family’s Normandy estate, the Haras de la Londe, was covered by WWD and attended by such guests as Tatiana and Diane von Furstenberg, Ione Skye, Delpy and Fernanda Niven.

Though Landeau makes no mention of ever considering a career as a socialite (and she certainly has the credentials), she doesn’t malign the practice, noting that “now, as opposed to when my mom was young, you can kind of cash in, all those girls can get licenses and really make money, with a handbag line in Asia or as a brand ambassador as a side gig.…You can’t fault someone for trying to make a living.”

Landeau starred in Zoe Cassavetes’ “Men Make Women Crazy Theory,” and had roles in “Moonlight Mile” and Sofia Coppola’s “Marie Antoinette,” as well as in “2 Days in Paris,” her new film’s precursor. In the sequel, set for release in early August, Landeau will reprise her role as Rose, the gently conniving, mostly sweet and a little selfish younger sister of Delpy’s character.

“Julie’s an only child,” Landeau explains. “But I have sisters. So I know what that dynamic is like. And Julie and I have a quite sisterly relationship — we’re really good friends but we sort of fight, there’s something quite juvenile about it.…We’re close, but we certainly get into it, which I think helped for the movie. Little underhanded comments that seem innocuous to anybody else but to the person…yeah.”

Landeau delicately cuts into her Dover sole before clarifying: “But [‘2 Days in Paris’] — that was purely her. I just want to make sure you know that, before I take credit for both and get her calling me saying, ‘You bitch!’ ”

“2 Days in New York” also stars Chris Rock as Delpy’s live-in boyfriend, who is descended upon by a cast that includes Albert Delpy, Landeau and her America-obsessed beau, played by Alexandre Nahon, for a weekend visit from Paris. High jinks ensue, much is lost in translation, and Delpy’s character sells her soul to Vincent Gallo at an art show.

“I think, initially, [Delpy] had the skeleton, the idea for the movie,” Landeau says of the film. “I think she felt a little bit stuck because the movie was supposed to be a comedy, and she was really just not in that place: her mother had died of cancer a few months before, she’d just had a baby, and I think she felt if she was left to her own devices she wouldn’t really be able to be ‘funny.’ She needed to address that her mom had passed away, she didn’t know how to.…I was really there to keep it light.”

The film begins with Delpy putting on a puppet show for her toddler, in which she elegantly explains that his grandmother has died. Landeau’s character is represented in this puppet show as a naked Barbie with a pink hair bow, a nod to Rose’s bohemian take on nudism (which is later coupled with a fondness for marijuana and a romantic interlude in the bathroom of her sister’s apartment).

“I think she wanted someone who was a little bit more American, because it’s set in New York,” Landeau says, and though she was born and raised in Paris, she is a New Yorker by choice. She lives in Brooklyn with de Castelbajac, whom she met while living in California, and their young son.

“New York felt like a good compromise between Paris and L.A.,” the actress says. “I loved L.A., but there’s no center to the city, so you just drift. For some people that’s very liberating (me), for some people they feel very lost (my husband).

“I always wanted to be an actress,” Landeau continues, “but I always wrote a lot. My parents really wanted me to be a writer. They think acting is pathetic…that it’s hard and not gratifying.…I wasn’t allowed to major in drama. My dad was like, ‘I’m not paying for a degree in drama.…That was a sort of tacit understanding that we had, which I think I would do even with my own kids, I think that’s fair. But with acting, you see as a woman, every year…you know, if you think about all the girls who are ‘all of a sudden’ really well known at twentysomething, they’re all child actresses. Even Emma Stone moved to L.A. when she was like, 16, with her mom.”

It is not easy, Landeau continues, to start off as a twentysomething seeking that same attention without those adolescent years pounding the pavement.

“There’s such a push-pull, because you can’t look like you want it too badly, but there’s a certain degree of effort it requires,” she says, in an expression of frustration familiar to anyone who’s ever avoided being labeled as a “try-hard.” “Sometimes you’ll turn on an awards show and there’s always the first people on the red carpet, and you feel so badly, because you know they are told to be there three hours early — and I’m sure that would be me, but you know you’ve got to want it so bad and really put yourself out there to be trolling the red carpet three hours before.”

Landeau is set to star in Cassavetes’ new film “The Business,” which begins shooting in the late fall, and has been working with her writing partner, Jessica Goldberg, on a number of projects: “Swimming Pool,” which has Rosemarie DeWitt and Will Forte attached and in which Landeau will also star, as well as an adaptation of the 2008 Argentinean film “A Boyfriend for My Wife.”

“This was something I wasn’t sure that I would be able to continue doing,” Landeau says of writing for the screen, her cutlery delicately paused midair over her dessert. “And then we did it and the movie got sold and…it does feel good! Julie was right.”