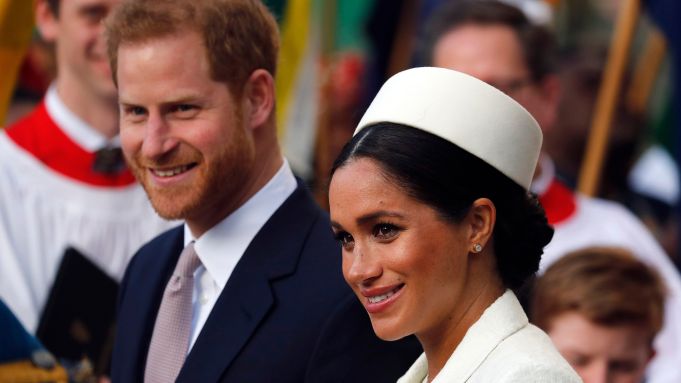 LONDON — Get ready for a mini-Markle effect.

With the birth of her and Prince Harry’s son on Monday, Meghan Markle could have the same impact on the children’s wear market as she has had on fashion in general. Over the next two years, Markle’s baby is expected to generate roughly $1.48 billion in sales, according to The Centre for Retail Research.

Of course the new Baby Sussex is only seventh in line to the throne, so is unlikely to have the same long-term impact as his cousins Prince George, Princess Charlotte and Prince Louis. But given the way the world breathlessly awaited the baby’s arrival, he should no doubt get ready for more media coverage than any seventh in line has ever received. He is, after all, the son of an American TV star.

And the Duchess of Sussex already is showing she’s not afraid to rattle the royal cage.

She and Prince Harry broke with royal tradition and announced the news on Instagram, confirming that the baby was born at 5:26 a.m., weighing 7 lbs. and 3 oz., and that mother and son were doing fine. The proud father told media from the grounds of Queen Elizabeth’s Windsor Estate: “It’s been the most amazing experience I could ever have possibly imagined.”

The couple also opted to lay low, and not appear for an official photograph after the birth. Prince Harry said that in the next two days, there would be more announcements coming, including the baby’s name and a photograph. According to British bookmakers, odds are on names including Albert, Arthur, Alexander, James and Phillip.

A post shared by The Duke and Duchess of Sussex (@sussexroyal)

Markle’s choice, revealed last month, not to pose with her new baby in public flew in the face of royal convention. The Duchess of Cambridge appeared just hours after all three of her children’s births at the Lindo Wing of St. Mary’s Paddington. Princess Diana also posed on the steps of the same hospital before leaving for home with Princes William and Harry.

In April, Kensington Palace said Meghan and Harry were grateful for the goodwill they received from people throughout the United Kingdom and around the world. However, the palace added, “as they prepare to welcome their baby, their Royal Highnesses have taken a personal decision to keep the plans around the arrival of their baby private.”

The palace said the royals, who married last year, “look forward to sharing the exciting news with everyone once they have had an opportunity to celebrate privately as a new family.”

According to widespread British media reports, Markle thinks the tradition of showing off the newborn is outdated, and didn’t want the pressure of looking picture-perfect post-birth. The Duchess also wanted to follow in the Queen’s footsteps, and had planned to do a home birth at Frogmore Cottage in Windsor, where the couple resides.

The Queen gave birth to all four of her children at home at Buckingham Palace, with the exception of Princess Anne, who was born at Clarence House as the Palace was undergoing renovations at the time.

Although British media went wild with coverage, blasting out the news of Meghan going into labor and the baby’s birth, the overall mood in London was subdued, as everyone had the day off for the May Day bank holiday.

Well-wishers gathered in the town of Windsor, swilling Champagne, waving balloons and taking to the streets to celebrate the birth. A few hundred people — mostly tourists — gathered at the gates of Buckingham Palace to watch staff set up the golden easel in the center of the courtyard late Monday afternoon.

The easel showcases the Queen’s official announcement of the baby’s birth and reads: “The Queen and the Royal Family are delighted at the news that Her Royal Highness The Duchess of Sussex was safely delivered of a son at 05:26 a.m. today. Her Royal Highness and her child are both doing well.”

The display is part of a longstanding tradition in the British royal family.

During her maternity leave, Markle reportedly filled Frogmore cottage with scented candles from Diptyque and took her time to prepare for the baby’s arrival. Her mother, Doria Ragland, arrived in the U.K. just after Easter to attend the birth.

The baby’s godparents are expected to be Jessica Mulroney, Meghan’s best friend and stylist; her husband Ben Mulroney; Jake Warren, a friend of Prince Harry’s and a godson of Princess Diana’s; Charlie van Straubenzee, one of Prince Harry’s childhood friends, and his wife, Daisy Jenks.

George and Amal Clooney, Serena Williams, Princess Eugenie and Benita Litt, Meghan’s childhood friend, could also be the baby’s godparents, according to British media reports. Clooney, in particular, could well be a new front-runner for the role, as he shares a birthday with the new baby boy.

Meghan Markle’s Maternity Style: A Study of the Duchess of Sussex’s Pregnancy Fashion