In many respects, Ruby Amanfu’s rise to the top of the musical heap in the capital of country music is extraordinary. 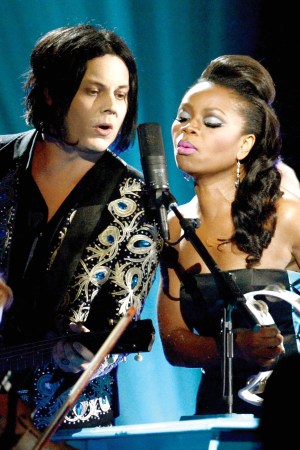 You can take the girl out of Nashville, but you can’t quite take Nashville out of the girl.

That’s how singer-songwriter Ruby Amanfu summed up her extended stay in Los Angeles, where she’s been living since February.

The West Coast has its perks, she tells WWD, but it doesn’t hold a candle to the South.

“That front porch feel is not a myth,” she says warmly. “You can walk down the street and people are hanging out and you can stop and talk.”

In a city like Nashville that’s brimming with striving musicians, Amanfu has slowly built a following all her own. And on Aug. 28, after four albums and a string of high-profile collaborations, most notably with Jack White, she is releasing “Standing Still,” an album of covers produced by, among others, Patrick Carney of The Black Keys and the prolific Mark Howard.

In many respects, Amanfu’s rise to the top of the musical heap in the capital of country music is extraordinary. She was raised in Accra, Ghana until she was three, when her father, a computer programmer, moved the family to Nashville for work.

“We could’ve lived in Germany or Tennessee,” she says. “Growing up in Nashville, I got lucky to be in a place where I was surrounded by music.”

It was for the best. Music runs in the family — mom was a singer in their church choir, dad its director. Amanfu took up formal training in music in college — first at Berklee College of Music in Boston and later at Belmont University. But she was eager to get her own work out and, while still in Boston, she self-released her debut, “So Now the Whole World Knows” in 1998.

Amanfu’s been steadily working ever since, though she is guarded about her age: “I have strong feelings about ageism and am passionate about putting full attention solely on the music. Our ears and our souls know no age when we receive what an artist has created.”

Over the years, she worked frequently with other musicians including Sam Brooker, with whom she released two EPs and an album as Sam & Ruby. And she also worked with the band The Duhks, which resulted in a Grammy nomination for their 2006 song “Heaven’s My Home.”

In 2011, White enlisted her to perform on “Love Interruption,” the lead single to his album “Blunderbuss.”

“It was a vibrantly creative experience…[ it] allowed me to continue having that freedom to be an original,” she says.

It also gave her incredible exposure: White and Amanfu performed together at the 2013 Grammy Awards and, shortly after, her solo career kicked into gear.

Her new album of covers was partly inspired by a performance at a New York music festival that same year.

“I did a Bob Dylan song, ‘Not Dark Yet,’ at Best Fest and when I heard that song I just felt like, ‘That’s the one, that’s all me,’” she says. “I got up and did it and everything came to life.”

The song appears on her new album along with covers of Kanye West’s “Street Lights” and Wilco’s “One by One.” To record it, she and her production team decamped to a remote cabin in the woods of Tennessee.

“I knew I would be vulnerable,” she says. “I wanted to be extremely comfortable with being vulnerable. So I wanted to take it a step further — what would it be like if we lived in the same space, all cooked and lived together under the same roof?”

In short order, the album came together.

“When I become comfortable with people, all the best stuff comes out of me,” she says.