Thirty-three years after the designer's death at the age of 62, a European entrepreneur Matthias Kind is reintroducing the label with artistic directors Camilla Nickerson and Neville Wakefield. 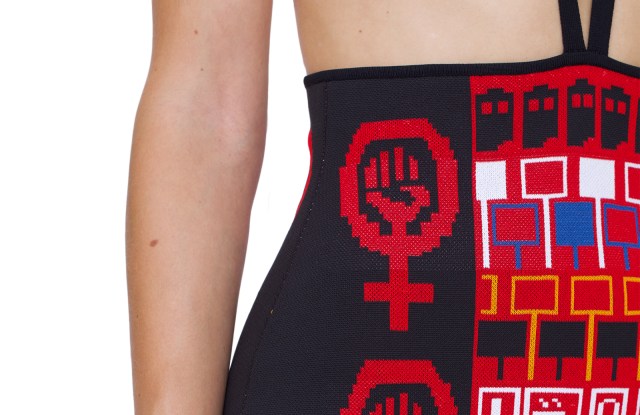 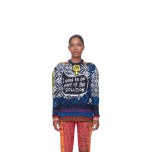 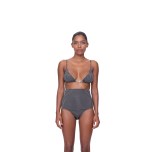 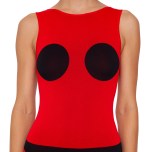 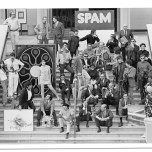 As a designer and an individual, Rudi Gernreich was directional to the nth degree and now with that same spirit his signature label has relaunched.

The name may not resonate with many Millennials but his ethos is in line with cultural trends. Gender fluidity, body-consciousness, sportswear-as-streetwear, artist collaborations, social activism marketing and empowering designs were engrained in his work. In the Sixties, shoppers were introduced to the thong, the topless swimsuit, the “no-bra bra,” the jersey knit dress, cutout designs, PVC clothing and patterned hosiery. A four-time Coty award winner and founding CFDA member, he was the most avant-garde designer in the Fifties and Sixties in the U.S. Through his designs, Gernreich sparked discussion and debate about diversity, equality, sexuality and gender — issues that continue to dominate the popular lexicon today.

Thirty-three years after the designer died of lung cancer at the age of 62, the Rudi Gernreich label is being sold in Opening Ceremony, 10 Corso Como, Communitie Marfa and a select number of other specialty stores, as well as via RudiGernreich.com. Chief executive officer Matthias Kind, who has a background in the arts and entertainment, where he remains involved, has teamed with artistic directors Camilla Nickerson and Neville Wakefield to reinterpret Gernreich’s original designs in a contemporary way and to relay his vision and values through knitwear and swimwear.

The Italian-made debut collection features knit dresses including cutaway ones, sweaters, a jumpsuit, swimwear and balaclavas. (The latter was a signature of Gernreich’s.) “Fashion is fantasy. It’s a child game. Now I’m going to be this and now I’m going to be something else,” the designer once said.

In a phone interview from Berlin, Kind said starting the New York-based company is “really perfect” for a number of reasons. “Sixty years ago, Gernreich shocked America. With everything that he’s done — bare breasts, unisex looks, sheer bras and his collaborative approach — were new to the world of fashion. And his approach to freedom for all regardless of race, creed, gender and sexuality was also new and radical. Not a lot has changed if you look back from 2018 — less has changed than you would think.”

Decades before Time’s Up emerged, Gernreich posed philosophical questions about fashion’s relevancy from the outset of his career in the Fifties. “If you think about it, he really preconfigured today’s fashion landscape with his social/political responsibility and awareness. He also preconfigured Los Angeles in a way. All of these elements make him so relevant today and his name is being restored to a rightful place, which I think his heritage truly deserves. It shouldn’t be forgotten. It shouldn’t fall into oblivion, which it was on the verge of doing in my opinion,” Kind said.

The 55-style fall collection retails starting at $125 for swimwear and going up to $2,000 for a jumpsuit.

Gernreich’s name is perennially associated with the model Peggy Moffitt, who served as his muse through the years. With her asymmetrical haircut, lithesome frame and dramatic eye makeup, she became a symbol of Sixties extremism design. Her husband, the photographer William Claxton, rounded out their creative triumvirate. In 1964, the monokini was a fashion statement about freedom, equality and liberation, and it took Gernreich two months to talk Moffitt into modeling. “It was a tough decision because it wasn’t something that I could look up in Emily Post. How do you model a topless suit and still be a lady?” she told WWD in 1985. (Gernreich later developed the “Pubikini,” a bikini bottom that revealed more than it concealed.)

Once labeled as “an enemy of the church,” the designer’s monokini was banned by Pope Paul VI. Some of the designer’s clothes were banned in France, China, Russia and Greece at various points in his career. (Gernreich dropped such one liners as, “We’ve seen our problems, now let’s solve them. Everywhere.” and, “Whenever, wherever, whatever, the bottom line is always human freedom.”) An early supporter of the Mattachine Society, a group geared to protecting and improving the rights of homosexuals, he also had a longstanding alliance with the ACLU. The intellectual property of his estate was bequeathed to the organization, and Kind has done a deal with the ACLU to relaunch the brand.

The Vienna-born Gernreich made his way in the American fashion scene after immigrating to the U.S. with his mother in 1938. (His father, the director of a hosiery manufacturer, committed suicide in 1930.) As a teenager, Gernreich showed an interest in fashion and his aunt Hedwig Müller, a couture salon owner, took him to Paris to see a Cristobal Balenciaga couture show. His European upbringing and exposure to Bauhaus and Wiener Werkstätte designs were evident in surprising color combinations and patterns.

Gernreich worked as a dancer for the Lester Horton Modern Dance Troupe and doubled as a costume designer there. (His grasp of movement wasn’t only rooted in dance. His first job was washing bodies to prepare them for autopsies in Cedars of Lebanon Hospital’s morgue.) After working as a designer for a Los Angeles boutique in the Fifties, he started his own company in 1960 on the West Coast. Over time he was among the Sixties futurists along with such international talent as Emilio Pucci, André Courregès, Pierre Cardin, Mary Quant and Paco Rabanne.

In Los Angeles, he befriended a slew of creative types including Ed Ruscha, Frank Gehry, Larry Bell and Dennis Hopper. They welcomed Gernreich, who collaborated with artists from time to time, because they considered him to be an artist in his own right, Kind said. As an homage to Gernreich’s legacy, the artist and political activist Lisa Anne Auerbach will be the new label’s first collaboration.

Kind noted the “very strong and established sense of social justice and equality” that Gernreich grew up. “It makes for a completely unique heritage with so many wonderful and beautiful vales that are so relevant for today. The generation of today can instinctively and naturally relate to these values. What he did was very aligned with today’s zeitgeist,” Kind said.

Eventually, the 365-day grind of being a fashion designer wore thin with Gerneich, who revealed his plans for a yearlong sabbatical in 1968. Denying he had cancer or a brain tumor or an incurable disease, Gernreich said he just wanted to refresh himself. As many designers can relate, Gernreich argued that a yearlong sabbatical was in order since the completion of one collection only leads to the start of another. “I get to work in the morning and all I want to do is to run away,” he explained to WWD’s Eugenia Sheppard before starting his travels to North Africa, Tunisia and Turkey.

While many in the over-60 set still know the designer’s name, Kind said of Millennials and Gen Zers, “This might be the first generation that really truly and intuitively understand Rudi’s world and his artistic vision. There is also a craving out there for authentic brands and histories and stories. Rudi preconfigured every concern that shapes this generation of consumers — from streetwear, sportswear, unisex, freedom of sexual expression.…This is a brand that comes from a point of meaning and can speak to the younger generation.”