LONDON — The story of British designer Mary Quant — and all the ways she revolutionized fashion and women’s lives — is being retold in “Quant,” a documentary by Sadie Frost that makes its debut this week.

For what became her directorial debut, Frost wanted to tell a story she understood and connected with — and she found plenty to connect with in Mary Quant, from her coquettish style to her resilience, her powerful contribution to the women’s rights movement in the ’60s and ’70s, and all the ways she made Britishness cool across the world.

“It’s such a colorful story that it didn’t feel like I was doing a straight-up, factual documentary. It was about bringing out the femininity, the coquettishness, the humor and really making a stance on women’s rights and how the role of women has changed,” said Frost, who presented the documentary as part of the London Film Festival. “What Mary created over her career span of decades was so vast and should never be forgotten. For me it was a real admiration of another woman and understanding that it hadn’t always been easy for her.”

In that respect, Frost wanted to strike a balance between showcasing Quant’s forward-thinking vision and long list of achievements — women could run for the bus for the first time when she offered them the miniskirt — but at the same time shining a spotlight on some of the most challenging parts of her life: striving to stay relevant when the sexy ’60s look she helped define was replaced by the bohemian aesthetic of the ’70s; taking her licensing business a step too far, and finally deciding to step back and sell her namesake label to her Japanese partners.

“I wanted people to feel emotional and see that you can’t just do a love letter to somebody when you’re making a documentary, and just be all, ‘She’s nice, she’s good, she’s it.’ At the same time, you don’t want it to be sensational either and drag up any nasty stuff — that’s the lazy way of doing it,” mused Frost. “It was all about trying to tell a human story.”

She zooms in on Quant’s love story with her husband Alexander Plunket-Greene as much as she does on her unique sense of fashion and her conviction that “women don’t want to look like a duchess from two years ago.”

Her fashion was always linked to her understanding of women’s needs: She designed block-heeled boots for women to move freely in; she replaced stockings with upbeat, bright-colored tights; she shortened the lengths of her skirts when the contraceptive pill became available and women felt more sexually liberated, and she simplified makeup routines by putting all the essentials in one single palette. And she did it all in a male-dominated world, getting her way by being quietly insistent and always keeping her cool.

“She really connected with what women were experiencing, their frustrations, the assumptions of men. Women today can relate when you hear her talking about her experiences in the ’60s and ’70s. She’s so powerful and connected that she could be a voice of women now. We definitely need women in fashion and media that are as vocal as her,” said Frost adding that the feminist narrative running through the film could equally appeal to 19-year-old students and 90-year-old peers of the designer. 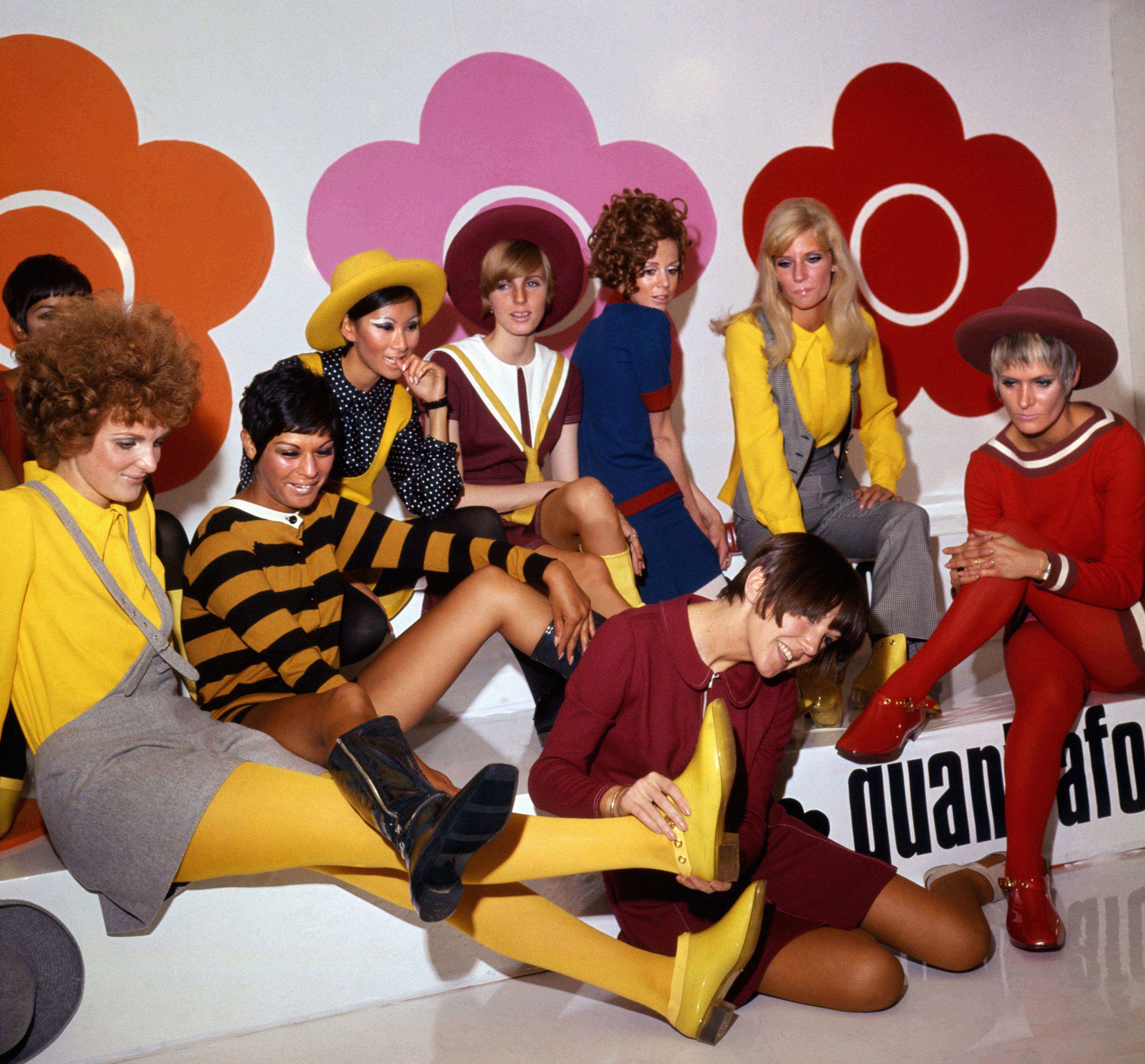 When creating the documentary, Frost started by “reading every book and watching every bit of footage” there was about Mary Quant, who is now in her 90s and lives in the British countryside.

She spoke to her through her son via various messages and got her blessing before releasing the documentary.  Her son, Orlando Plunket-Greene, also weighs in on the film alongside British industry heavyweights like Charlotte Tilbury, Kate Moss and British Vogue editor in chief Edward Enninful, who highlights how Quant was ahead of her time in casting models of color and shaping a new standard of beauty.

The film also looks at the global recognition of Quant that followed in more recent years — when mini lengths became more acceptable and elderly men were no longer yelling “disgrace” outside the designer’s famous King’s Road boutique, Bazaar. But the increased demand resulted in perhaps one too many licensing deals and an inevitable loss of creative control.

So Frost decided to bring the story to the present day and end with a cautionary tale for the fashion industry about the dangers of overproducing and spreading yourself too thin, with designer Mark Fast, Enninful and Vivienne Westwood talking about the need for slowing down and buying less stuff.

“It’s quite a scary situation, so we all need to be thinking about sustainability,” added Frost.