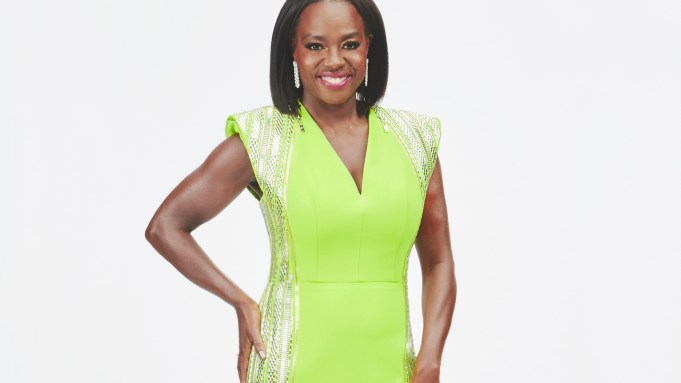 The 27th Screen Actors Guild Awards was a completely prerecorded production this year, unlike the Golden Globes and Critics’ Choice, which made for a prompt and smooth virtual show. Typically held at the Shrine Auditorium in Los Angeles, the Zoom-heavy ceremony was short and sweet.

Cut down to an hour — airing last night simulcast on TBS and TNT — speeches were pre-taped and succinct. That meant there were no headline-making surprises or awkward moments, which we’ve seen much of this awards season due to technical difficulties. Still, history was made, there was a particularly unexpected win and familiar segments (such as “I Am an Actor”) featuring the likes of Helen Mirren, Lily Collins and Daveed Diggs made for some lighthearted entertainment.

Here’s what you missed:

For the first time, people of color took home all four top motion picture acting categories. “Ma Rainey’s Black Bottom” lead actors Viola Davis and the late Chadwick Boseman received the top honors, Outstanding Performance by a Female Actor in a Leading Role and Outstanding Performance by a Male Actor in a Leading Role, respectively, while the supporting categories went to actors Daniel Kaluuya of “Judas and the Black Messiah” and Youn Yuh-Jung of “Minari.”

Yuh-Jung, 73, who’s win was unanticipated, became the first Asian winner in the film category (while Sandra Oh won in 2019 for “Killing Eve,” it was for television). “I don’t know how to describe my feelings,” said the South Korean actress, who’s a star in her home country, while accepting the award. “I’m being recognized by Westerners…I’m very pleased and happy.” Yuh-Jung beat out Glenn Close (“Hillbilly Elegy”), Olivia Colman (“The Father”), Maria Bakalova (“Borat Subsequent Moviefilm”) and Helena Zengel (“News of the World”).

Discussing binge-worthy series and guilty pleasures in one of the segments, Daisy Ridley said she’s been watching Bravo’s reality TV show “Below Deck.” “And I am now on to ‘Below Deck Mediterranean,’” said the “Star Wars” actress. For “Hamilton” actor Diggs, it’s U.K.’s dating show “Love Island.” “I don’t feel guilty about it,” he said. Meanwhile, Mirren said she “loves” Maya Erskine and Anna Konkle’s “Pen15.” “I find that just so funny and so brilliantly acted,” she added. And Sterling K. Brown of “This Is Us” picked HBO’s “Succession:” “I just, like, love white people behaving badly.”

In another segment, “Schitt’s Creek” actor Dan Levy — which he co-created with fellow actor, his father Eugene Levy — revealed he, like many Americans, moved back in with his family during the pandemic: “A lot of people had to move home with their parents, including myself. And that’s a show or a movie.” On the topic of COVID-19 and the rise of Zoom, Collins said she auditioned for David Fincher’s “Mank” on the video platform, while in France shooting “Emily in Paris.” “Every single time we cut and he gave me direction, it froze,” she said of Fincher. “And all I saw was David’s face, didn’t hear any direction, and then it would go back, and he’d say, ‘OK, go.’”

Jason Sudeikis made yet another fashion statement on Sunday. The actor received nationwide attention after appearing in hoodies during the last two major award shows; at the Globes, it was a tie-dye version (merch from his sister’s Manhattan boutique fitness studio Forward Space) and at the Critics Choice, it was a blue one featuring Crockett High (the fictional school in ex-fiancée Olivia Wilde’s “Booksmart”). This time, he opted for a sweater with a political message: “My Body My Choice.” The wool Gucci sweater retails for $1,100.

Mark Ruffalo, who took home Outstanding Performance by a Male Actor in a Television Movie or Miniseries for “I Know This Much Is True,” used the opportunity to spotlight mental illness during his speech. “Mental illness is a real thing,” he said. “And I just think it’s really important that we’re honest and open about it and have no fear and have no shame.” Ruffalo stars in two roles in the HBO series, identical twin brothers Dominick and Thomas Birdsey, the latter of whom suffers from paranoid schizophrenia.

The award show opened and closed with a skit starring Sudeikis as Ted Lasso — Apple TV+’s hit comedy of the same name in which the actor plays an American football coach managing an English football (soccer) team in the U.K. The cast, who were included in the bit, was up for Outstanding Performance by an Ensemble in a Comedy Series, which ultimately went to “Schitt’s Creek.”