The actress has almost singlehandedly made women’s issues the most hotly debated topic of the fortnight. 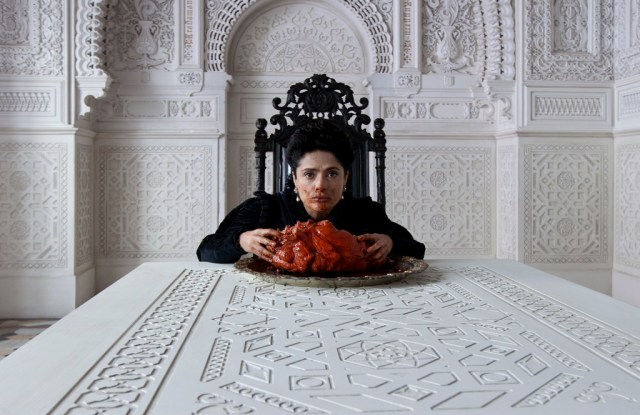 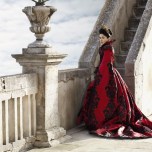 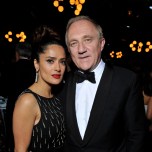 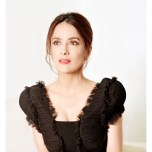 There is Pierre Lescure, making his debut at the helm of the city’s annual film festival, and then there is the unofficial boss, Salma Hayek, who almost singlehandedly has made women’s issues the most hotly debated topic of the fortnight.

But right now, the 5-foot, 2-inch Mexican powerhouse is losing her voice. Like a candidate on the campaign trail, she has participated in three public talks in the last 24 hours, including two back-to-back panels on the topic of women in film. That’s not why she’s flagging, though.

“It’s been 16- to 20-hour days without a day off in, maybe, 12 countries in the last 24 days. That’s an average of a different country every other day with no days off. I’m just at the end of my rope,” she says with a wan smile.

In a few hours, Hayek and her husband, François-Henri Pinault, chairman and chief executive officer of luxury group Kering, will host the first awards ceremony for the Women in Motion program, and the actress is palpably tense.

Though she is not officially involved in the initiative, it has her footprint all over it. Hayek is a longtime champion of women’s rights and has campaigned for a number of causes, most recently Gucci’s Chime for Change movement promoting health, education and justice for women and girls.

“I see sometimes women who claim to be feminists, because they talk about how things should be for them — especially a lot of actors — but you’re not really a feminist until you stop talking and you actually do something for another woman, for a group of women, that might have nothing to do with you,” she says.

Listening to her rail against “machos” in the film industry, it’s hard not to think of Mexican painter Frida Kahlo, likely her most famous role. She projects the same passion and intensity, and admits the subject often brings her to the brink of tears.

“All the time, I hold it back. Not because I’m sad or anything, but because it really means something to me,” she says.

Indeed, Hayek is anything but a victim. She has a solution all figured out: Show the studio heads there is money to be made by catering to women. “It’s not that we are asking for favors,” she explains. “We are a strong economic force for the film industry, and grown-up women have been abandoned as an audience.”

If anyone doubts her resolve, it is worth remembering that Hayek ditched a career as a soap opera star in Mexico to try her luck in Hollywood.

“I wanted to explore all my possibilities as an actress,” she recalls. “I was famous, but I realized I don’t want to be just famous. I’d rather not be famous and do what I love than be famous and do something that is not going to completely fulfill me.”

In the U.S., doors slammed in her face. One movie executive famously told her: “You can never be a leading lady, because we can’t take the risk of you opening your mouth and people thinking of their maids.” So Hayek started as an extra, going on to make films like “Desperado,” “From Dusk Till Dawn” and “Wild Wild West.”

She quickly realized she would have to push for her own passion projects. It took her eight years to make “Frida,” but she was nominated for a Best Actress Oscar. No one was interested in her adaptation of the Colombian soap “Ugly Betty” — until she showed networks how much advertising was tied to the show.

Hayek acknowledges her outspoken nature may have cost her some roles. “There are many directors that don’t want someone opinionated. They want the guy to be opinionated. They like the girl to be quiet and do as she’s told,” she says.

But Hayek, who has a seven-year-old daughter with Pinault and married the luxury magnate in 2009, is done pretending to be someone else.

“I have dumbed myself down before. I have. I’ve done it in interviews many times, but I was younger and I needed to eat. I think a lot of women will identify with what I just said,” she says quietly. “It’s a horrible sensation. I don’t need to work to eat now, so I don’t have to dumb down.”

Her latest role shows the actress at the height of her powers.

In Italian director Matteo Garrone’s “Tale of Tales,” which is competing for the Palme d’Or in Cannes, she plays the Queen of Selvascura, a woman so devoured by her desire for motherhood that she is prepared to go to any length.

“The love that is unconditional and the necessity to protect another life and nourish another life is in all of us. I think some women have it stronger than others. I have it very strongly, so it was very easy to relate to that part of my character. Of course, the problem of my character is that she defines happiness in her life through giving the responsibility of her happiness to one human being, and that is always a mistake,” she says.

Hayek is chilling and vulnerable in the fairy tale, which features spectacular costumes designed by Massimo Cantini Parrini. “I have to confess that it’s not how I thought it was going to be,” she says. “In my head, she was a lot more compassionate and much more fragile emotionally.”

Anyone following the festival will no doubt have heard of the scene in which she devours a giant heart — an experience she emphatically qualifies as “disgusting.” As she was struggling through the scene, Hayek eventually demanded to know what the artificial organ’s sweet-tasting arteries were made of. “They said it’s spaghetti. Only in Italy!”

Right now, she is less concerned with winning an award in Cannes than with the evening’s gala, which started Kering’s annual Women in Motion awards with honorary prizes for actress and activist Jane Fonda and producer Megan Ellison. Hayek believes the efforts made by her husband’s group are already bearing fruit.