By Samantha Conti and Nina Jones on May 13, 2010
View Slideshow 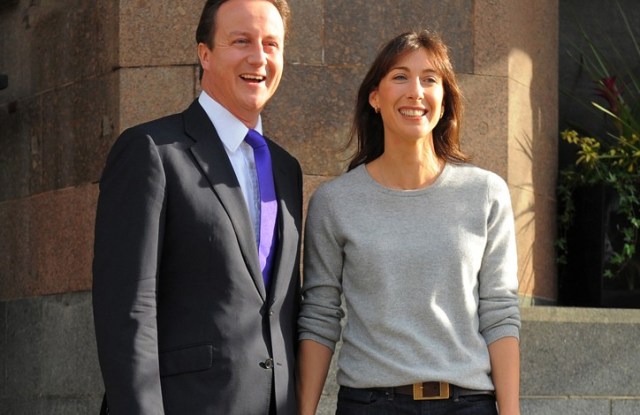 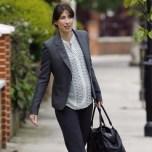 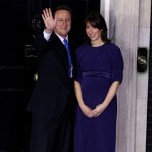 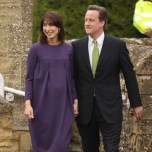 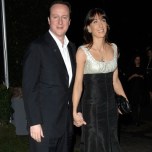 Michelle Obama, move over. Carla Bruni-Sarkozy, step aside. Samantha Cameron, an aristocrat in Converse sneakers and skinny jeans, has arrived.

Artsy, self-possessed and completely lacking in any thrusting social or political ambitions, Sam Cam, as the media has dubbed her, is the wife of Britain’s new prime minister David Cameron and perhaps has more fashion cred than either of the other first ladies: She’s also a designer, serving as creative director of British luxury accessories brand Smythson. And it’s already become clear the 39-year-old will no doubt inject some comfort and joy into the brisk — and often dreary — life at Number 10 Downing Street. Waving for the first time from the steps on Tuesday, she visibly suppressed a giggle.

After a parade of drab fashion from former first ladies Cherie Blair and Sarah Brown, Cameron is a welcome change. “There will be a very different mood at Downing Street,” said Giles Deacon, who worked with Cameron — at her invitation — on a line of correspondence cards for Smythson. “Samantha has got a good head for design and for business. She has a keen knowledge of fashion, and she dresses tastefully, but never boring.”

Cameron, who until recently was zooming around London on a silver Piaggio scooter, favors chic, unstructured shift dresses in colors such as bright teal or scarlet, accessorized with quirky touches such as charm pendants or a glossy black pedicure. She also has a little dolphin tattoo on the inside of her right ankle, about which the British press has made much fuss.

Her background is undoubtedly posh. Cameron’s mother is Annabel Astor, a viscountess who owns the British home furnishings company Oka and designs jewelry. Her father is Sir Reginald Sheffield, a baronet and descendant of King Charles II; her stepfather is William Astor, the fourth Viscount Astor who was related to Brooke Astor, and her younger sister, Emily Sheffield, is deputy editor of British Vogue.

Despite this, Cameron is by no means a glamour puss. On most days, her makeup routine seems to begin and end with blush — even if her glossy brown hair is colored by star London hairdresser Louise Galvin and cut at Daniel Hersheson.

Until recently, Cameron’s wardrobe consisted of labels such as Prada, Erdem and 3.1 Phillip Lim mixed with high street finds. But as the electoral campaign picked up — and her expectant mother’s bump grew — she began wearing more voter-friendly brands including Jigsaw, Reiss, Uniqlo, Zara and Topshop. Taking her children to school Wednesday morning, Cameron, who is expecting her fourth child in September, wore an old maternity dress and a Joseph blazer in which she’d been photographed before.

The Cameron family’s homestead is equally low key. They currently live in North Kensington, an up-and-coming but not glamorous neighborhood, and spend weekends at their country house (a converted barn) in the Cotswolds.

But it does look like Cameron will be retiring there anytime soon. “We’re looking forward to having her back,” said a Smythson spokeswoman on Wednesday, adding there’s been no discussion about Cameron leaving the business now that she’s Britain’s first lady.

And if Cameron’s influence on the storied leather goods brand is any indication of her effect on 10 Downing, stylish Brits should rejoice. One of her top Smythson creations thus far is the Fashion Diary.