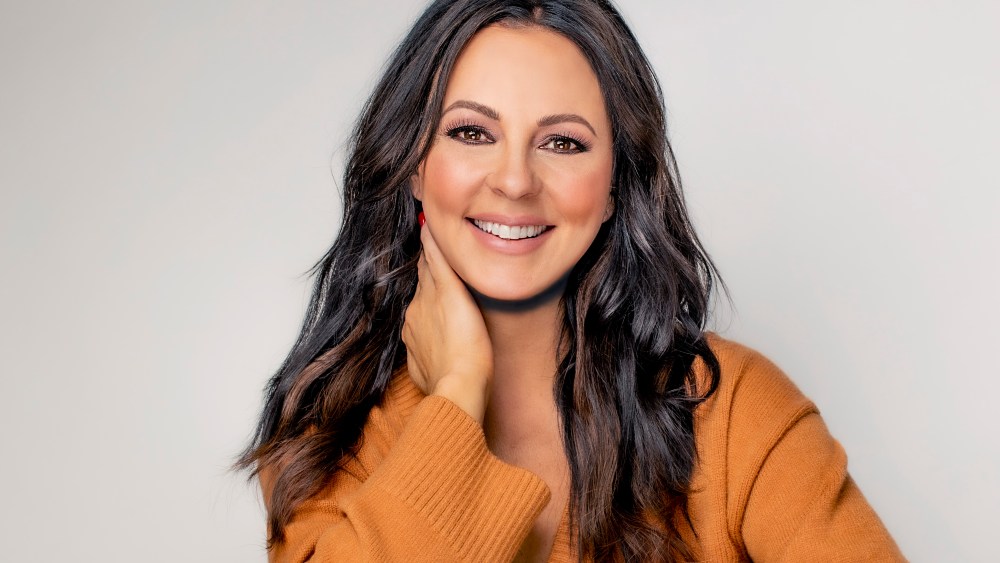 Sara Evans has been performing cover tunes for as long as she can remember.

“I was in a band with my brothers and my entire childhood was spent singing in bars every weekend,” says the country music star. “I grew up learning how to sing like other people. That’s how my career started, as a little girl singing songs like ‘Behind Closed Doors.’ I had no idea what I was singing about. I was four,” she says of the lyrics of the Charlie Rich hit about the intimacy that went on after doors were shut.

“We were country people, farmers and singing in the bars was a way to earn some supplemental income,” she says.

But it wasn’t long before Evans stopped trying to sound like everybody else and made her own mark in the music industry.

The 49-year-old, who grew up outside New Franklin, Mo., is a multiplatinum-selling entertainer who ranks as the fifth most played female artist on country radio over the last two decades. Her five number-one singles — “No Place That Far,” “Suds in the Bucket,” “A Real Fine Place to Start,” “Born to Fly” and “A Little Bit Stronger” — made her a ubiquitous presence on the radio in the late Nineties and early Aughts.

Now, to mark the 20th anniversary of her double-platinum album “Born to Fly,” Evans is putting the finishing touches on a 13-song work of cover tunes that will drop on May 15. Titled “Copy That,” it will be her first studio album since 2017.

“I always knew a cover album would be part of my future,” she says. On nearly all of her earlier works, she included one cover tune and she also performs them in her live shows, where she’ll often take on “Shut Up and Dance” or “Girls Just Want to Have Fun” during the encore.

Although neither of those songs made it onto “Copy That,” the album features a wide range of tunes — most of which aren’t country — that are among Evans’ favorites. They span six decades and include The Knack’s “My Sharona” and Fleetwood Mac’s “Monday Morning,” as well as The Pretenders’ “Don’t Get Me Wrong” and Carole King’s “It’s Too Late.”

“These are songs I love,” she says. They also got the nod of approval from her three kids, all of whom grew up with her on the road and remain very involved in her career. In fact, her 20-year-old son, Avery, plays guitar on the album, and her 17-year-old daughter, Olivia, sings background.

The original list of what to include was hundreds of songs long and Evans says narrowing it down was a “torturous” process. “But I’m starting a new list for volume two.”

But for the work at hand, Evans says her goal was to honor the original renditions of the songs and the artists, “but with a very modern sound.”

Although she finds it hard to choose her favorite song on the album, she says getting Little Big Town’s Phillip Sweet to perform a duet with her on “Whenever I Call You Friend,” was especially meaningful. “We spent hours putting down the background vocals for that, it was very tedious work,” she says, “but it worked out.”

She also says working with Old Crow Medicine Show on “I’m So Lonesome I Could Cry” was special. “I told them I wanted them to start the song so it sounded ‘old timey,’” she says.

But perhaps the most personal cut is an obscure John Mayer song, “All We Ever Do Is Say Goodbye.” Admitting she is a huge Mayer fan — “He’s probably afraid of me, I stalk him” — she says that song speaks to her relationship with her husband, Jay Barker. A star college quarterback and now an on-air football analyst, Barker often had to stay home and hold down the fort while Evans toured, and as a result, the lyrics to the song are especially meaningful to them.

Although most of the cuts are pop and rock songs, there are a few true country tunes, including Patsy Cline’s “She’s Got You,” which Evans says sounds “haunting” to her when she hears the final version. “The Holy Spirit was there the whole time we were recording. It’s almost like Patsy Cline was in the room,” she says.

Evans also embraced the photo shoot for the album art and social media campaign. Much like the music, she was able to role-play for the images. For the cover shot, she donned a blonde wig and a bright red turtleneck.

“I’m just a brunette, but I’ve been wanting to go blonde so many times in my life,” she says. “My daughter Audrey went really blonde and I was so jealous, she looked so great, so when we talked about the shoot, I said, ‘I’m wearing a blonde wig.’ I mean, I’m imitating other people, so why not.”

Her blonde look is a nod to another of her favorites, Mad Men’s Betty Draper, and her stylist cut down the long hair of the original wig into a bob and worked her up with makeup that would fit right into the Sixties.

In other shots, Evans wore a long black wig, à la Loretta Lynn and Patsy Cline, and as a way to honor her own mother. “I look just like she did back then,” she says.

Then there are the images of what she termed “the real Sara.”

She says her stylist is her sister-in-law, Kaelin Evans, who has been working with her for more than two decades. She marvels at her ability to find outfits that looked retro but were actually new, including the HotPants she wore in one shot and the bohemian skirts “the real Sara” wore in others. Among the looks she dons are gold sequined pants from Jen’s Pirate Booty x Free People, a pink floral-printed suit from Smythe and fuzzy heeled slippers from Daily Heels by Jeffrey Campbell.

“The clothes are just amazing, I have no idea where she found them,” Evans says.

With the coronavirus pandemic, Evans says the tour she had planned to support the album release has been postponed, but she’s hopeful that she’ll be able to get back out on the road in late summer.

But the album is just the first project she’ll introduce this year. On Sept. 8, Howard Books, a division of Simon & Shuster, will publish “Born to Fly,” a memoir of her life and career.

“It’s a memoir, but not a full tell-all,” she says. Instead, she shares stories about some major events in her life, including growing up on a farm, being hit by a car when she was a child, her parents’ divorce, her marriage, having children while juggling a country music career, and her faith. “I really have had so much drama in my life. I’ve almost died four different times. I cried a lot when I was writing it,” she says during an interview promoting the book.

Evans says the book took almost four years to complete and she did most of the writing herself. Although she worked with two cowriters, she says it wasn’t “easy to get in my head and it didn’t sound like my voice. So I took it over and said, ‘I’m just going to write it myself.’”

Although she is proud of the book, she also admits she’s “really nervous.”

“I have six siblings and I hope I don’t cause any strife by talking about our parents’ divorce, but it’s my story.”

Evans’ story does indeed have a lot of ups and downs. She has appeared on “Dancing With Stars,” been honored for her work as a Red Cross ambassador, and weathered a bitter public divorce from her first husband. And although she has continued to play music and tour throughout her career, she doesn’t get played on contemporary country radio these days. But that’s OK with her.

“I don’t listen to country radio right now,” she says. “They don’t play women or great music.” Instead, the airwaves are filled with “bro-country” male artists who all sound the same and play music at a “very base level,” she believes. “But it’s been this way for 10 years.”

One of Evans’ current favorites is Kacey Musgraves, who won a Grammy for Album of the Year in 2019, yet “didn’t have a radio hit. It’s all about the money, and I understand that, but why can’t it be both? People will appreciate great music if you give it to them.”

She also points to Ruston Kelly, Musgraves’ husband, as another case in point. “He should be played on country radio,” she says. “It’s the age-old argument. I can tell when [artists] are pandering and I know they’re just trying to break through, but what you’re feeding to the masses is not what I love.”

Evans says she was lucky enough to break through at a time when women were more appreciated and embraced by country radio and country fans.

“I’ve never stopped singing,” she says, “you just don’t hear it on mainstream radio. I just hope this new project will get played on all genres.”