The musician discusses her third album and launching a record label.

Sasha Siem is changing her tune.

“The first album was very much about me, and looking at my young contemporary female friends going through that coming-of-age process, what it’s like to find and lose love over and over again,” says the classically trained British musician, who releases her third album “Holy” on June 7. The long-haired brunette was in New York — where she began writing and recording “Holy” while living in Brooklyn — for 24 hours, and was set to return to London later that evening.

“And the second album was almost operatic in its construction: a tale of two lovers and the epic narrative that they go through and falling in love, falling out of love,” she continues. “And then finally, with this album, it feels like it’s gone even further to be about the we, and the community aspect, and what are those elements of humanity or our existence that we all share.”

The communal aspect is underscored by the literal tuning of her new album, which was recorded in 432Hz. (The previous albums used standard tuning.) The album is genre-defiant but leans pop, and Siem, who also writes music for orchestras, began working with the unconventional tuning while studying psychoacoustics in college. (She attended University of Cambridge and later earned a Ph.D in music and poetry at Harvard.) For non-audio physics aficionados, 432Hz. is an alternate tuning reflective of the electromagnetic frequency of the Earth; it’s said to have healing properties.

“It’s known as the love frequency because it changes the body, it releases oxytocin and tunes the body to this very balanced harmonious state,” she says. “I loved the fact that as people listen, they are having this mini healing at the same time.”

Siem, who speaks with an ethereal tone, references Pythagoras’ music of the spheres; she mentions Plato. Music and the universe are inescapably linked, why not be intentional, on a micro level, with the approach to both?

“By its nature music does have this profound effect on our emotions and our bodies, but this is taking it a step further and really being aware of the vibration that we are, and the frequencies we were putting into the making of something,” Siem says. “After all, we are all vibration — this table has a frequency, and this chair. Everything has its own silent song within it,” she adds, glancing around the restaurant lounge at Baccarat Hotel in Midtown, where she’s seated and sipping mint tea.

Speaking of spheres, Siem notes a cyclical quality to her own progression as an artist and individual. She began writing and singing songs as a child, using music as an outlet to express angst and confusion during her difficult teenage years. As she began sharing her music with others, she realized the healing power of community. “Now I see myself as a kind of servant on music and its power,” she says. 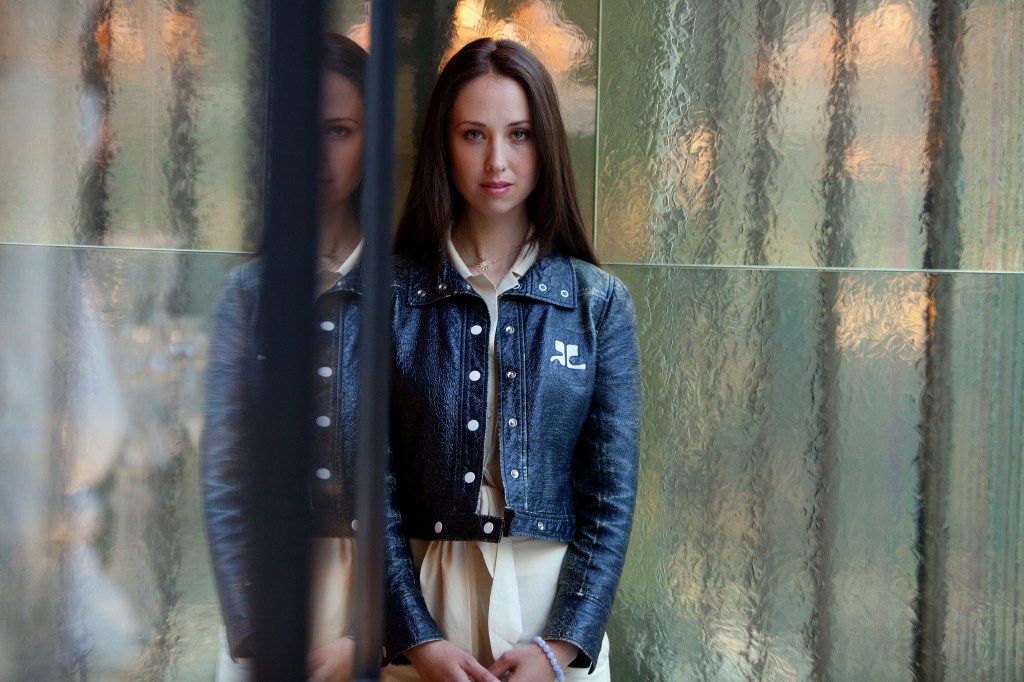 “Holy” marks the first record released on the record label she founded, Sound Sanctum, an “artist for artist” enterprise created to support other artists who are also interested in working with alternate tunings, specifically 432Hz. While secretive on the specifics, they’re currently working with five artists who span genres — R&B, classical, jazz, whatever — and want to use music to uplift.

“I’ve been hanging out in the music industry for a long time and I’ve seen many good things; I’ve also seen the dark side, and I’ve seen a lot of artist friends lose their hope or lose their way because of the more abusive sides of the industry,” Siem says of her interest in getting into the label side of the industry. She hopes to empower her artists with the goal of creating community focused on holistic growth instead of leveraging profit for the company, and there is a charitable leg to the endeavor; profits from each release will go toward a cause of the artist’s choice.

Siem’s musical family also extends to her literal family, who she is very close with — her brother is violinist Charlie Siem, and both of her sisters are visual artists. Her sister Sophie illustrated the music video for “Flower Flower,” one of the album’s first singles. “There is definitely commitment to each other as a unit for life. It’s been very natural that we have ended up collaborating and it’s actually sometimes much harder than collaborating with anyone else because we know each other so well,” she says.

She wrote each of the 11 songs on the album, which is rooted in an exploration of embracing the feminine. Last year, Siem began experimenting with putting out music under a moniker, Frigga, the name of a Nordic goddess.

“That was an experiment and also partly a feeling of wanting a fresh start,” she says. “And then actually going about it and realizing, yea, that was fun to have a fresh slate, and yet I’m still me, this is who I am. And while it can be nice to go on vacation for a while or try on a different outfit, ultimately we’re stuck with this being that we are for this lifetime,” she adds. So she pivoted back to Sasha Siem, but continues the project of “revitalizing the goddess” through her songwriting. Her most recent single, “Eve Eyed,” is a tribute to “the goddess”; a performance video, released mid-May, features Siem singing and performing a sound bath while surrounded by women in white.

“What I can say is — and it has become a bit of a cliche I think — but something miraculous opened for me since having a child. It feels as though all the gates I was waiting to open, have opened.” 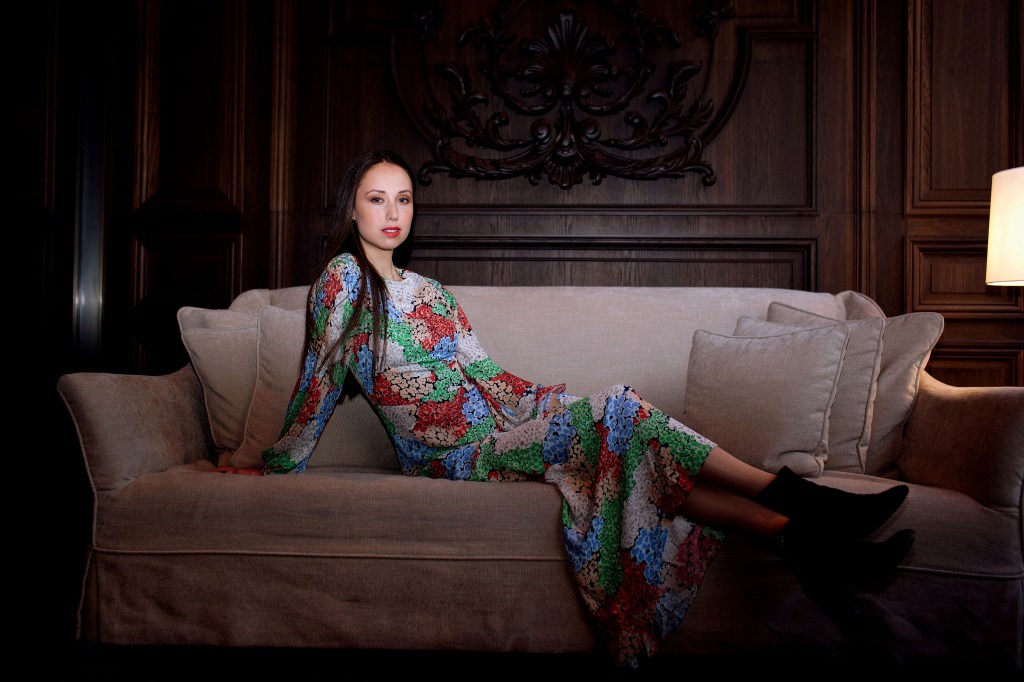