Sasheer Zamata Uses Comedy to Have the Hard Conversations

Like those on TikTok before her, Sasheer Zamata has become a quarantine roller skater.

Having spent all of lockdown cooped up in the new home she moved into in L.A. right as the pandemic hit, the comedian and actress was looking for new ways to stay active when her best friend and “Best Friends” podcast co-host Nicole Byer called with an idea.

“She bullied me into getting skates,” Zamata says over the phone. “I was resistant at first, I don’t know why, and then I got them and I was like, ‘Oh, this is the best.’”

The duo have taken advantage of the closure of L.A.’s outdoor basketball courts for their skating, and along the way have grown into a small skate crew of people who come out to skate together safely each week.

“It’s nice to learn a skill, and see yourself improve every week, and remind yourself, ‘Oh, it doesn’t take that long to actually learn a new skill,’” Zamata says. “And then you get to hang out with people in a very safe way. We’re all wearing masks, we’re social distancing, but we’re still in a group together doing this really cool thing. I hope it continues, and hope people keep skating because it is a really fun way to get outside — it’s very easy to stay indoors and to yourself, but you can make new friends by skating, and it’s awesome.”

The roller skating is a nice diversion for Zamata, who was on “Saturday Night Live” from 2014 to 2017, after having to repeatedly postpone shooting her second comedy special and do press for her two new projects, the movie “Spree” and the new Hulu series “Woke,” from the comforts of home.

She and Byer have continued their “Best Friends” podcast throughout lockdown, connecting each week over Zoom.

“It was interesting because when the quarantine started we stopped having things to talk about. Usually we’re talking about the things that we’re doing, places we’re traveling to. We transitioned to, ‘What are you watching now?’” Zamata says. “But now that this is becoming our ‘new normal,’ I think it’s easier for us to figure out how to talk about it. I do hear a lot of people saying things like, ‘This is making me feel normal,’ because I think we provide an environment where it feels like you’re just talking to us. Our show is very casual and free-flowing. So it really is a conversation, and I think when people hear that in their headphones or put it on their speaker, it feels like they’re hanging out with their friends. And that’s not necessarily a thing that we can do easily right now, so I think it’s helping some people feel a little more social than they would normally.”

Zamata, who was born in Japan due to her father’s career in the military and raised in Indianapolis, got involved in Hulu’s new series “Woke” as production on the series was already underway. The show follows a Black cartoonist, played by Lamorne Morris, who experiences racially targeted police brutality while hanging up flyers for his comics and as a result can hear inanimate objects speak, leading him on a journey to “wokeness.” Zamata’s character was written as someone already “woke,” who is introduced to help Morris’ character “come to the woke side, essentially,” she says.

“I think it’s extremely timely because we’re at a moment where people are willing to talk about race more, and their perception of race, and unlearn some behaviors or blind spots they may have had,” Zamata says. “And this show, I mean it starts with the main character getting aggressively stopped and frisked on the street by police, and the rest of the series deals with him processing his trauma. I don’t think we really see that much in mainstream shows where we talk about the trauma that lasts after an extreme racial event. I hope people watch this and it gets added to the conversation that we’re already having. And I think comedy is a great tool to use to get people to let their guard down a bit, and it’s easier for people to digest new information if they’re laughing as well.”

Zamata says that while there hasn’t been much to laugh at so far in 2020, she sees comedy as an approachable medium through which to have more weighted conversations and deal with trauma and crisis.

“It’s easier for people to quote jokes more than what they read or what they learn from a TED Talk or something. They’re like, ‘my favorite comedian is this Black artist, and they’re talking about their life, and I guess now I should probably consider what their life is like,’” she says. “And it seems like that would be a no-brainer, but for some reason it isn’t. I think comedy does help bring people together to think about things more, and do it in a way that doesn’t beat you over the head with it.” 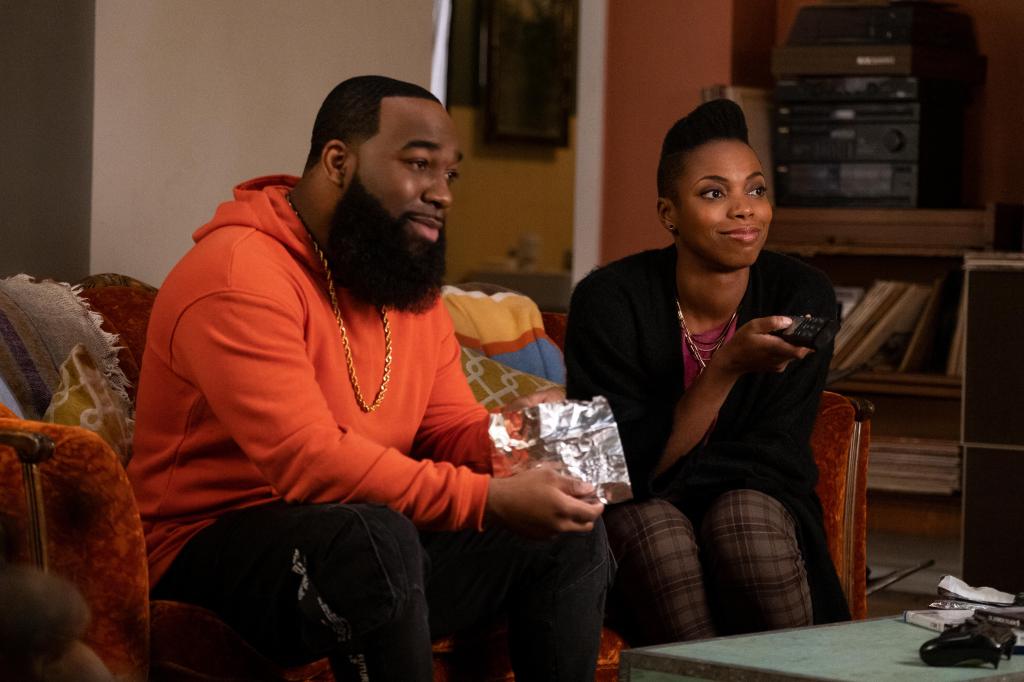