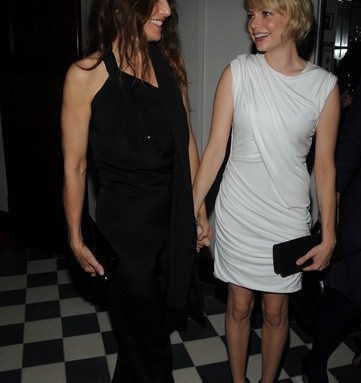 It’s not uncommon for audiences to be baffled by a movie plot, but many at the Cinema Society and Mulberry’s viewing of “Synecdoche, New York” on Wednesday had trouble just with the film’s title — a play on words between an esoteric literary device and a small town in upstate New York of almost the same name.

Michelle Williams, who co-stars with Philip Seymour Hoffman, Hope Davis and Catherine Keener, copped to having been one of the puzzled. “They had it spelled phonetically in the office and I’d stare at it: suh-nec-do-kee, suh-nec-do-kee,” said the actress. “Once you learn it, all you want to do is use it in a sentence.”

But writer and director Charlie Kaufman didn’t understand what the hubbub was about. “We don’t say the word once in the movie,” he said. “And all people have to do is look it up.”