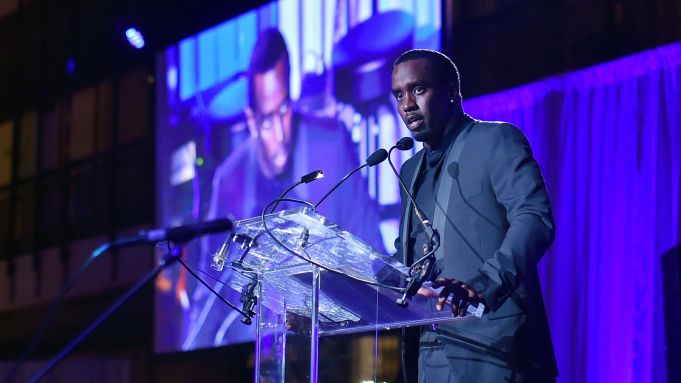 Sean “Diddy” Combs is feeling humbled. He’s realized his dream of opening a charter school in his hometown of Harlem, N.Y. Combs was the man of the hour at last night’s Boys & Girls Harbor annual Salute to Achievement benefit in Lincoln Center, where he was recognized for his efforts in education.

“Boys & Girls Harbor, they wanted to honor me because they heard what I was doing in education,” Combs said. “We are not happy with the way education is, but we don’t want to complain about it. We want to show people how it can be done.” He said he feels that he is where he is because of the role education — specifically after-school programs — played in his life. His passion for children’s education led him to open Capital Preparatory Harlem School, the goal of which is to foster “future leaders.” Combs said the school’s curriculum will give children the tools they need to navigate real-life situations. “The kids will be ready to do what it takes to handle realities and what it takes to be leaders,” he said. “That’s what we need to breed more of.”

Amidst his Bad Boy Family Reunion Tour and the opening of his charter school, Combs revealed he’s been reinventing himself. “It’s about me to we,” he explained, referring to his latest fragrance as a metaphor for his place in life. “I think Sean John was so richly associated with me, and this fragrance and this time in my life is about me utilizing these companies as a supporting foundation for other people.”

Singer Andra Day expressed her excitement to be performing at Boys & Girls Harbor’s event, as she, too, feels strongly about the role education and the arts played in her life. “Fortunately, I went to performance arts school at a time where it had enough funding to give us music programs,” Day said. “I studied jazz, vocal performance, classical music. I was in a musical theater program and I was a dancer for, like, 20 years. I was in a unique school where I entered when I was 10 years old and then graduated from that same school when I was 18, and it was all centered around the arts. Without that, I wouldn’t have the foundation, I wouldn’t have anything.”

Day mentioned she’s met Combs in passing before, but that she hasn’t creatively worked with him yet. She said she’s “in a creative space” and has worked with Salaam Remi, Ryan Tedder, Miguel and John Legend on new music. She’s opening for Corinne Bailey Rae on tour, and come November, Day will be headlining a tour of her own. “There’s a lot of cool stuff happening,” she said. “We’ll see what happens.”