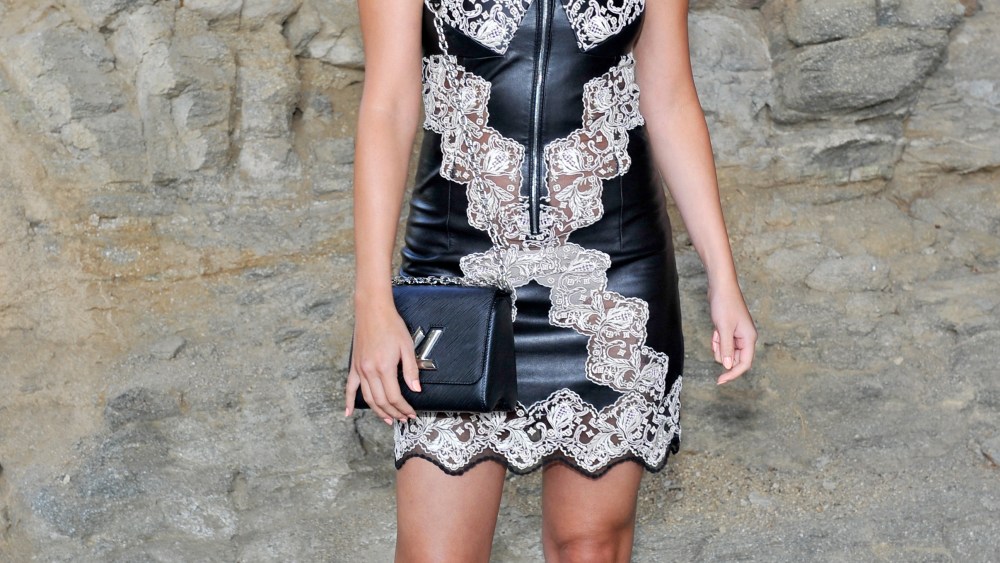 Selena Gomez is often defined by her relationships: former friend of Barney the Dinosaur (and fellow PBS star, Demi Lovato); founding member of Taylor Swift’s squad of BFFs, ex-girlfriend of he-who-shall-not-be-named. It’s an easy ploy, categorizing the actress and singer into these neat boxes, but Gomez has had enough. This Friday, the former Disney star (there’s another popular summarization) releases “Revival,” her fifth studio album, which is being touted as her most grown-up (see: the nearly nude black-and-white cover) and personal record to date.

Over the course of her European promotional run leading up to the album’s Oct. 9 release date, the 23 year-old has inadvertently ushered in a new moniker — Selena Gomez: style setter — with a sleek new wardrobe featuring luxe, largely monochromatic looks by the likes of Elie Saab, Edun, Preen, Atea Oceanie and Monse (and that’s just the past two weeks).

Now back in Los Angeles, and with only four days until the release of “Revival,” Gomez gets on the phone with WWD to talk about her “addicting” new relationship.

WWD: How are you feeling now that the album is about to come out?

Selena Gomez: I’m really nervous, because it’s actually happening. You forget after a while when you start talking about something that it’s actually going to happen.

WWD: Tell me more about the album.

S.G.: These past two years have been really transitional for me in every aspect — personally, emotionally and professionally. I was excited and nervous and anxious because I literally had nothing to fall back on. This is my own thing, it’s all me. I spent a year working on the record and really wanted to spend time on what it was going to represent and how it was going to represent me in this time in my life.

WWD: How does your style differ from album to album? Is it a conscious decision that you make?

S.G.: It’s definitely about where I am in my life. I wore combat boots for two albums, then I went into more of the sparkle and glamour. The older that I’ve become, I’ve felt very connected to fashion, especially this past year working with [stylist] Kate Young and creating these relationships with people that I never had before. This album, how it really ties together, is it is just me. I gave myself to this album and this music, so I wanted it to be very sophisticated. If I could sum up my look in one word, I would hope that it would be sophisticated.

WWD: What has Kate taught you about fashion?

S.G.: I was really lucky when I met Kate, because obviously I would be lucky to work with someone like her, but she and I just hit it off really well. She’s just so fun — she’s almost more youthful than me. When I see something on the rack or on the model, I’ll literally say like, ‘No. That is not something I will wear.’ She’ll just hold it and sit there until I put it on. I like that — it’s like a trainer, in a way. When you’re working out, you want someone to push you and motivate you to get out of your box and comfort zone.

WWD: Are there any designers that you have been gravitating toward lately?

S.G.: I love Dior. I’ve been wearing some of the really beautiful structured pieces — I love a deep neck and how it accentuates a woman in that area. And, of course, Louis Vuitton. I’ve honestly never met someone like Nicolas. He has a really fresh perspective on life in general.

WWD: When did you two first hit it off?

S.G.: I hadn’t really been in that world for too long. It was fun for me, but definitely wasn’t my world. When I went to my first Paris Fashion Week, I had been invited to the Louis Vuitton show by Nicolas. We met there. It was all organic and fun for me. My first big career purchase when I was, like, 17 was a Louis Vuitton laptop bag. Now, seeing the exhibit [Louis Vuitton’s “Series 3” exhibition in London], it’s exciting because I feel like I kind of know it. It’s weird — it’s almost like something you grow up with and you just know a little bit about it. Now that I’m immersed in it, it’s kind of insane.

WWD: Do you like being immersed in the fashion world?

S.G.: It’s very addicting. I have to admit, at first, it was really overwhelming and I would get stressed about putting things together. Now, it’s like trying to figure out a puzzle piece, and I love that…There are so many things that I don’t even know and would love to discover more about. I was so upset I had to leave [Europe] before Paris Fashion Week, but then I was like…“Oh wait, my album is coming out.”

WWD: There will always be another Paris Fashion Week.