Following the runaway FOX show's third season midpoint finale, Serayah prepares to head to Sundance with her film "Burning Sands" and will release her own, Tiana-free music. 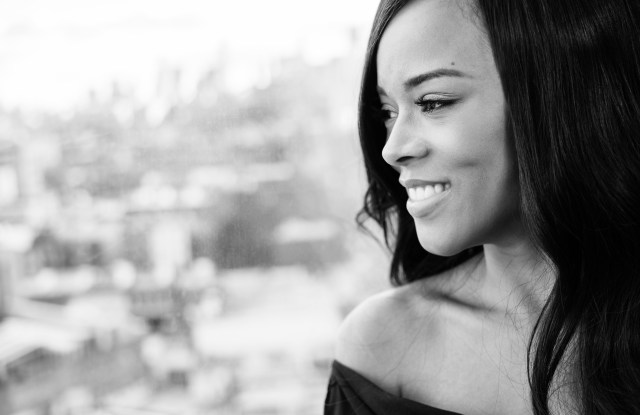 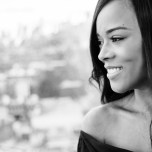 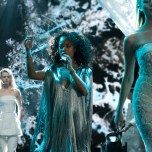 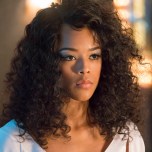 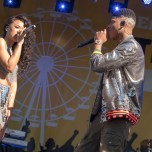 “Imagine rolling on the floor and [crystals] are all pricking you,” 21-year-old Serayah McNeill says, sitting on a couch between takes on the tenth floor of The Standard, High Line, in Manhattan. The scenario — writhing around in a bodysuit encrusted with jewels — is the typical nine-to-five for the “Empire” actress, who portrays pop sensation Tiana on the Lee Daniels television phenomenon.

“Everyday it’s a getup. Is she ever just chill?” Serayah, as she is known professionally, continues. “I don’t think I’ve ever worn jeans on the show. I’m always in a dress or skirt, a bodysuit, a legging, maybe a thigh-high. No pants. This lady owns no pants, I’m convinced! Her closet consists of furs, bodysuits and weird crystallized things.”

The crystallized bodysuit-induced injuries are part of the fun in playing a larger-than-life pop diva. But on the heels of the show’s winter finale, Serayah is looking to 2017 as the year she comes into her own. Up first is the Netflix film “Burning Sands,” which is headed to Sundance, followed by her own music.

“Empire” is the San Diego native’s first major role, one she landed straight out of high school. “My friend from high school’s stepmom is the casting director for the show, so he called me one day in the summer after I graduated and was like, ‘They’re looking for this character,’” she recalls. “After the audition they were like, ‘OK we need to find her an agent and do the paperwork on the plane.’ It was super quick. And I didn’t know anyone [in the cast] because they shot the pilot the April before, and I flew out in September.”

She fully recognizes how many budding actresses would kill for the part of an international music sensation. “I think what makes her fun to play is that because it’s my first thing, I’m like, ‘Oh, I want to play a character who is regular and wears glasses and works at a job,’ you know?” she says. “But I think other people would feel that way about my character — because that is standard for acting. But it’s cool to play her because she’s always fabulous, she’s a diva, she’s a pop star in the ‘Empire’ world so she gets to have all the perks that a pop star has — and somewhat more exaggerated because it’s TV.”

“Burning Sands” fulfills her wish to play a “regular” person — and is a film without a musical component as well. “I’m playing a character [named Angel] who is in a sorority, and she’s a really popular girl, but she’s also very smart,” Serayah explains. “I was really happy to be a normal character, a college kid, who likes a boy and is about her books and stuff like that. The film shows a lot about HBCs [historically black colleges] and [the cast is a lot of] young people, young African-American actors. It was really cool to be around.”

Her own music, expected from Sony early next year, will follow suit. “It’s not forced, it feels natural. It’s very R&B, and I’m discovering how to sing in the genre of music that I love,” she says. “Even if it’s not on the popular charts, I feel like it’s music that will be appreciated and will grow on people.”

Her preference for no frills, though getting a moment, doesn’t mean she’s leaving Tiana behind anytime soon — just that she gets a break from the bodysuits for a bit until the show returns next spring. “I’m so uncomfortable on set all the time,” she says. “There was this casual outfit, which was not normal. She finally got to wear thigh-high boots and an oversize T-shirt — I was like, ‘Yes!’”