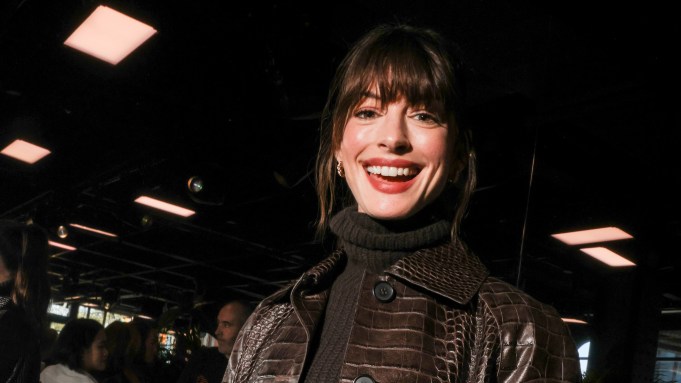 While Fendi had all the A-list models you could ever dream of, Michael Kors brought out the acting talent at his latest show — oh yes, and one rather successful athlete.

None other than Serena Williams was there bright and early Wednesday morning, dressed in a pink pantsuit. Williams has had a busy fashion week: the night before, she was at the AP House talking about all things time-related in celebration of the publication of Audemars Piguet’s “Royal Oak: From Iconoclast to Icon” in collaboration with Assouline. Prior to that she opened the Vogue World runway show, which of course all came on the heels of her U.S. Open run, her final time competing. What better way to relax than some fashion?

Next to Williams was New York City Mayor Eric Adams, looking chipper in a polka dot blazer, who whispered to Williams throughout the show. Adams is giving fashionista his very best go, attending the Met Ball earlier this year and hosting his own event to kick off NYFW (not to mention this wasn’t his first Kors show, having attended back in February).

Elsewhere in the front row was a starry lineup of Hollywood’s most in-demand: Vanessa Hudgens, Nina Dobrev, Alexandra Daddario, Keke Palmer, Emilia Jones, Kaitlyn Dever, Lori Harvey, Sabrina Carpenter and Suki Waterhouse. Selfies were snapped, small talk was made and spirited rounds of applause were given when the man of the hour, Mr. Kors himself, took his final bow.