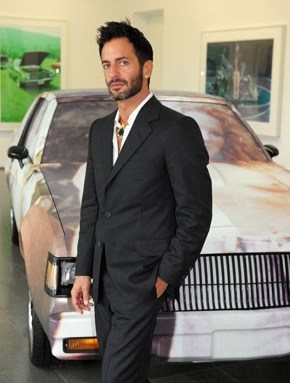 “It looks fantastic!” said Jeanne Marine Geldof as she wandered through Richard Prince’s solo show, “Continuation,” which launched with a party hosted by Louis Vuitton at London’s Serpentine Gallery on Tuesday. The exhibition – Prince’s first at a public gallery in the U.K. – included an Eighties car printed with a model’s image, images from the artist’s cowboy series and his “Runaway Nurse” painting. As an added bonus, Prince deconstructed his oeuvre for guests including Lily Cole, Charlotte Casiraghi, Claudia Schiffer, Joely Richardson, Cherie Blair, Juergen Teller and Rufus Sewell as part of Vuitton’s Art Talks series. He discussed his early work and reminisced about a clandestine meeting to pick up vintage images of Brooke Shields for his work “Spiritual America.”

“It was like something out of ‘The Third Man,’” Prince joked. As part of the slightly off-beat Q&A session, the artist also deflected questions about his relationship with his parents. “My parents kept me in the closet and for the first 15 years I thought I was a suit,” he joked.

Later, guests sipped Champagne as they drifted into dinner, which was held in a marquee made from panels of the artist’s “After Dark” series of prints, which Prince created for Vuitton’s spring 2008 collection. “I wish I’d seen more, but I got here so late,” said a flustered Casiraghi of the exhibit.

“I’d seen a few of the pieces before, but not all together,” said Marc Jacobs, who lingered outside the marquee for a cigarette as Prince chatted to Cherie Blair. “He’s an artist I feel a connection with on a primitive level.”