NEW YORK — Five stories above Ludlow Street, Seton Smith is leaning out the window of her buzzer-less loft apartment, dangling a set of keys. "Don’t even try to catch them," she shouts as they sail through the air before crashing on the... 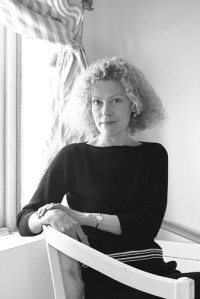 NEW YORK — Five stories above Ludlow Street, Seton Smith is leaning out the window of her buzzer-less loft apartment, dangling a set of keys. “Don’t even try to catch them,” she shouts as they sail through the air before crashing on the sidewalk in front of her building’s graffiti-scrawled door.

Such an auspiciously bohemian introduction to the fine art photographer is just what one would expect. After all, Smith, 48, is a member of one of the country’s most successful artistic families. Her late father was minimalist sculptor Tony Smith and her older sister is the critically acclaimed sculptor Kiki Smith. Their family exhibition, “The Smiths: Toni, Kiki, Seton,” on display at the Palm Beach Institute of Contemporary Art through March 23, gained the art world’s attention when it opened in December.

However, family isn’t a topic she wants to expound upon today. Curled up in a white leather chair in her all-white floor-through, the sunlight streaming through her halo of blonde hair, Smith is a reluctant subject who bristles at the sight of a reporter’s tape recorder.

“I spent this last year, which I consider closed, answering questions about what it was like to grow up in my family,” she says. “I mean Kiki and I have never stopped talking — or my mother. I don’t think I have to psychoanalyze my family in public. So I don’t.”

Good thing her latest exhibition, which she discusses between cigarettes, is solo. “Motion Fraction,” which opened last week at Winston Wächter Mayer Fine Art, features four large diptychs that measure 6 by 8 feet each, all portraying her signature unsentimental subject matter — blurred images of antique rooms and landscapes each shot from slightly different angles. The photographs are so large that the effect feels transporting: a viewer could step into one and enter another world.

“I’m presenting different possibilities in a similar space,” she says, adding that she was inspired by an architectural model she made in 1986 of doors and trap doors. Smith’s work process is spontaneous and instinctual. She takes pictures when she travels — intentionally blurry, she says — and doesn’t scout locations before photographing them.

Passage is an overriding theme in her work. Smith lost her twin sister to AIDS in the late Eighties. But literal references to the loss are absent in her work except perhaps subconsciously — she often displays her photographs in pairs. Since 1985, Smith has made her home in Paris, where she lives the ex-pat life, far from her second home on the Lower East Side, where all her American friends live.

As for the artist’s life, Smith says that, for her, there has never been another choice. “It’s how we understood the world,” she explains, offering a rare insight into her family roots. “We knew there were doctors and lawyers and things. But the art world was our world. That’s what we knew.”