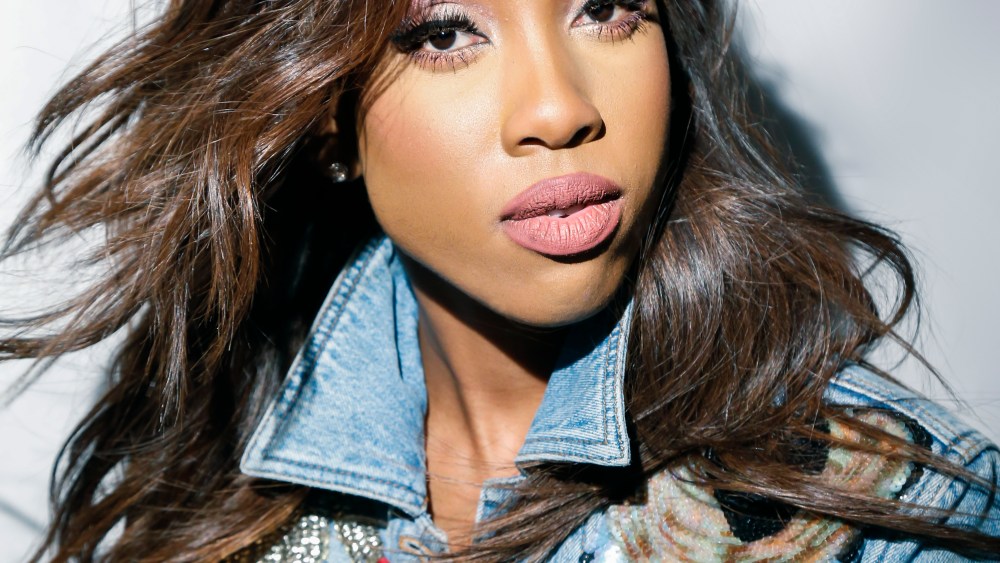 Sevyn Streeter can write a song in two hours. That might seem like a relatively short amount of time for a hit like “The Way” by Ariana Grande to transpire, but the singer says that compared to other artists, two hours is long.

“[The-]Dream, he will write a smash in 15 minutes,” she says. “I’ve written some really great records, but maybe ‘cause I overthink, it’s gonna take me a little longer than two hours to put my finishing touches on it.”

Streeter, born Amber Denise in Haines City, Fla., began recording music as a teenager and since then has written for Alicia Keys, Chris Brown, Jessie J and Grande, to name a few. “The Way,” which she originally wrote for an artist other than Grande, peaked at No. 9 on Billboard’s Hot 100 in 2013. That same year, her single “It Won’t Stop” featuring Brown rose to the No. 4 spot on Billboard’s Hot R&B Songs. She’s released two EPs — “Call Me Crazy, But…” and “Shoulda Been There, Pt. 1,” and come March, she’ll put out her first LP, “Girl Disrupted.”

“Pretty much everything I write is from what I go through or maybe something that I read or something that inspires me,” Streeter says before apologizing for losing her train of thought. It’s 4 p.m. and she hasn’t had lunch yet. “I’m so hungry, it’s ridiculous.”

Streeter picks up where she left off, explaining that the title for “Girl Disrupted” was inspired by heartache that gave way to self-reflection. “I was looking at things in a really naive manner,” she admits. “I was making girl-like decisions. I was going about things the wrong way and it caused me to step back and say, ‘OK, you have to put on your big girl underwear now. Put on your big girl pants, your big woman pants,’ and in that, the girl within me was definitely disrupted.” And the 30-year-old woman in her was awakened.

Streeter’s fresh perspective ultimately emboldened her sound. She’s in-your-face, confident and sexy in the trap-inspired “Prolly.” Gentle acoustic guitar prodding and bright chords lead the way in “Before I Do.” Sunny a cappella vocals fill the first few seconds of “D4L,” later giving in to a bass-heavy beat.

Her emotional and creative awakening has encouraged her to stand more firmly than ever on her beliefs, a muscle she was forced to flex in October, when the Philadelphia 76ers told her she couldn’t perform the National Anthem at their home opener because of her seemingly politically charged sartorial choice: a black jersey with the words “We Matter” printed across the front.

“I was heartbroken,” Streeter recalls of that time. “I was angry, I was sad, I was emotional, I cried like a baby in my dressing room. And just kind of in disbelief. Because my jersey said ‘We Matter.’ You know what I mean? And no one even cared to ask me what, who the ‘we,’ [was] you know? Nobody asked me that question and that’s what, I think, bothered me more than anything.”

The Sixers eventually released a statement apologizing for what happened. Streeter accepted the apology and sang the anthem at the Dec. 16 game — wearing her jersey. She’s since partnered with the team to do community service throughout Philadelphia, and encouraged the Sixers to donate to the Boys and Girls Club.

The “We Matter” jersey was the first time Streeter received that amount of attention for a clothing choice, but it’s not the first time she’s dressed to mirror what she’s feeling. “I dress according to the type of mood I’m in and the type of song I want to create,” she says. “If I am in a sentimental mood and I want to write something that’s moody and sexy, I’ll wear a little black dress or a little tiny red dress, pink dress, whatever dress and a pair of heels, and I will record for the day in that outfit. If I want to create something that’s a little more ’round the way, little more urban, a little more ‘hood, I dress according to the type of music that I want to create — even in my rehearsals. They tease me because I bring a suitcase to rehearsals. I change my clothes like crazy in rehearsals because I feel like every song has a different mood and they were birthed out of that.”

Though she’s had the opportunity to work with some of her favorite artists already, Streeter names Beyoncé and Usher as the top two she’d still love to write for. She and former girl group RichGirl actually opened for Beyoncé on her 2009 “I Am…World Tour.”

“I remember the first night [Beyoncé] came in our dressing room and wished us luck and told us thank you for being on her tour,” Streeter says. “We were like, ‘No, thank you for having us on your tour.’ She was gracious and sweet — everything that you would pray your idol or superstar would be, she really, truly is that.”

Streeter embarks on an 18-date tour starting Thursday in St. Louis, Mo. There’s no telling how many suitcases she’ll have to take.