The actor, known for "Dope" and "The Get Down," has always wanted to be a singer and dancer, and finally finds himself ready to give music a chance.

Shameik Moore knows that actors who decide they want to become musicians are, more often than not, met with an eye roll. Music was always his plan, even as growing up, his auditions for music videos turned into auditions for Tyler Perry and Cartoon Network roles, which turned into breakout parts in “Dope” and “The Get Down.” He can’t help it that acting is where he first found success.

“Slowly the acting took its own life and at one point I remember telling my mom I didn’t want to be an actor anymore. ‘I don’t want to do any more auditions because I feel like it’s moving way faster than the music.’ I wanted to be a singer. And then she was like, ‘You just need to accept what’s coming to you. It doesn’t mean you have to stop doing music. It just means that you’ll have a platform to do music,’” the 25-year-old says, over the phone from his hometown of Atlanta, where he is sheltering in place. “But of course my whole perspective was that I don’t like actors who do music — it’s so corny.”

He’s taken his time, testing the waters a bit in 2015 with a few singles just as people were learning his name through the success of “Dope.” But the timing wasn’t right — and he wasn’t confident enough in what he was working on.

“I was shy about [my voice],” Moore says. “More shy than anything else. So it kind of led to me experimenting and figuring out if I like it, if I’m good at it.”

Moore is now ready to be known as a dual artist, having released his first single, “Mhmm,” at the beginning of the month (the next was set for Friday, but has been pushed back due to coronavirus-induced production delays). With a debut album in the works — getting more attention these days as Moore is not on set shooting the new season of “Wu-Tang: An American Saga” — he’s more sure of himself than ever before, and is steeled against any critics who see him only as an actor.

“I was in a different place then,” he says of his earlier songs. “The music I was making, I feel like I was getting a lot of comparisons to Chris Brown and Tory Lanez and Drake. Now, it’s still R&B and hip-hop but the words, the perspective is different. The perspective was, ’You’re the actor from ‘Dope’ and you’re talking like this? I can’t imagine it.’ There’s a big disconnect to the people behind the scenes. There was no connection to who they thought I was and who I actually was. But in this project we just worked on that. It feels authentic to me now more than ever.” 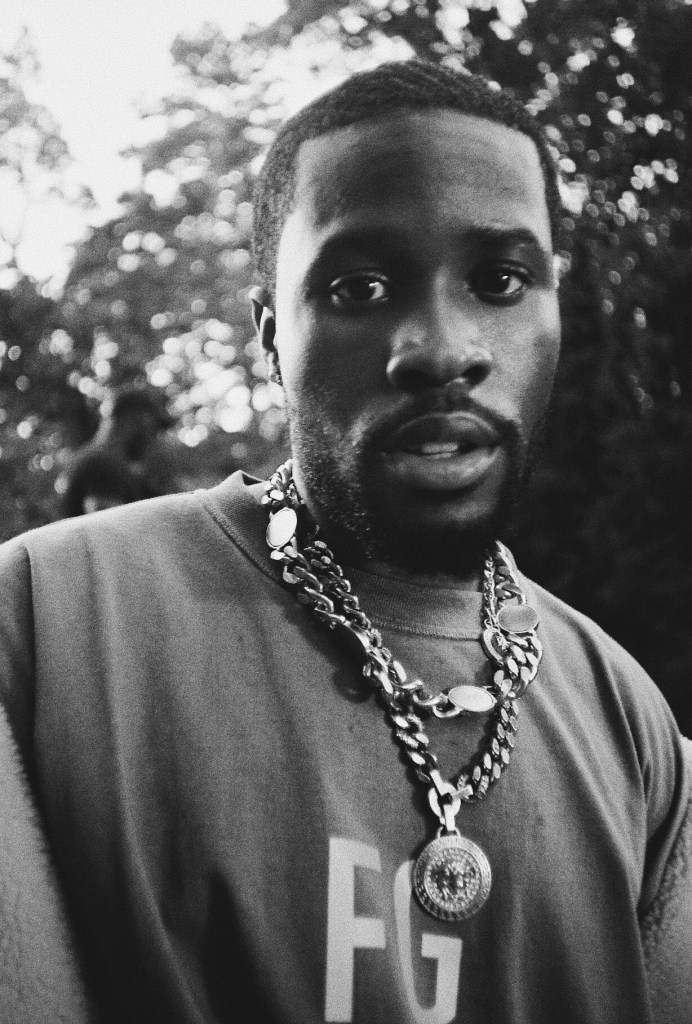 Originally enrolled in a Christian all-boys military school, Moore recalls seeing the movie “You Got Served” one day and knowing he wanted to study dance. His first day at a performing arts school he was kicked out of acting class and switched into ballet, where friends introduced him to dance battles across Atlanta. That led him to the sets of music videos, where he connected with local casting directors.

Though the pandemic has interrupted anything acting-related at the moment, it’s giving Moore a chance to get creative at home, working on music videos for his upcoming singles as he gets ready to drop the album. When not dancing, he’s been intermittently fasting, listening to audiobooks of “The Power of Now” and “Good to Great” and playing video games. He’s managed to find this time conducive to creativity, and has an easy patience to his outlook — yes, his life is on pause, but he’s welcoming the extra time to sit with his music and make sure it’s just as he wants it.

“We put so much time into my project just to make sure the music was right,” Moore says. “One thing I didn’t want to do was to put out my body of work, and it’d be something that isn’t timeless.”