Shamir, No Longer on His Own

Shamir Bailey, whose professional moniker is just Shamir, is learning to trust himself.

After self-producing and releasing five albums following his 2015 debut, “Ratchet,” the 25-year-old Philadelphia-based musician has cultivated a level of technical experience that allows him to hit all the marks of his creative intentions. He describes his seventh album, titled simply “Shamir,” as the clearest reflection of who he is as an artist.

“Even though I love those [earlier] records, I felt it wasn’t a [complete] representation of my vision. I had to compromise because of my lack of experience in producing,” says Shamir, who credits producer Kyle Pulley with helping him fully realize the record’s potential. “I wouldn’t have been able to have the language and express exactly my vision had I not spent those previous years struggling to learn and understand.”

Shamir has become accustomed to doing things himself, and he took a similar DIY approach to the music video for the album’s self-assured first track, “On My Own.” He directed, styled, and edited the video himself, although that wasn’t his initial intention. The song can be interpreted through a pandemic lens — the song’s chorus “I don’t mind to live all on my own / And I never did” certainly speaks to a moment of self-isolation — although that timeliness was unexpected; Shamir finished recording the album in January before the country went into lockdown.

“The silver lining of the pandemic was it pushed me to use all of my skills to my full capacity,” he says. “I never would have self-directed a video had it not been for the pandemic and being left to my own devices.” 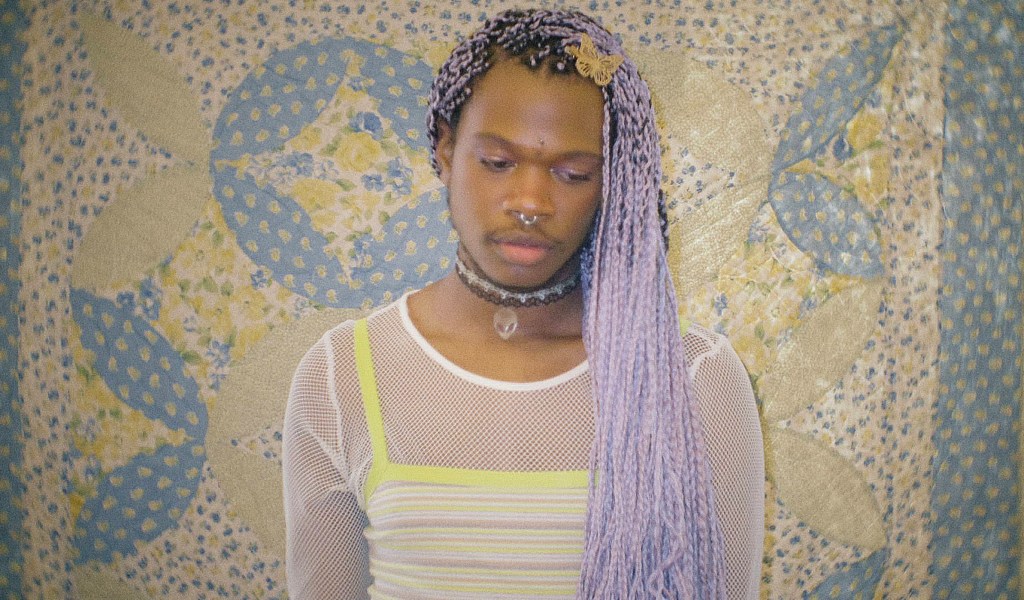 Shamir describes his latest album as his most commercial. He was inspired by the range of pop music in the Nineties and 2000s, from rock to grunge to punk and country — sounds he blends throughout the album, with vocal interludes serving as a palette cleanser between tracks. The guitar-forward album was written to be played through by his three-piece band — Shamir on soul guitar, a bass player and drummer — without backing tracks. “I think it was the only era of popular music where the music that I naturally make was popular,” he says. “I wanted to show that you can make danceable pop music that can be radio ready and still have it be lo-fi, still be grungy, and still have it be guitar-based, and still have it be weird.”

He describes his song creation as though he’s learning by ear: he hears a song in his head, and then attempts to transcribe it. In the past if he couldn’t get the full song down in the moment as he first imagined it, he would just move on; now, he’s more willing to be patient with the process. “As I’ve gotten older, I’ve realized that that is a disservice in so many ways — to my artistry, to myself,” he says.

And while the album is sonically self-actualized, he considers it his least self-referential lyrically. “I went into making it as accessible as possible,” he says. “The songs are written in a way where anyone can relate to them at any time.” 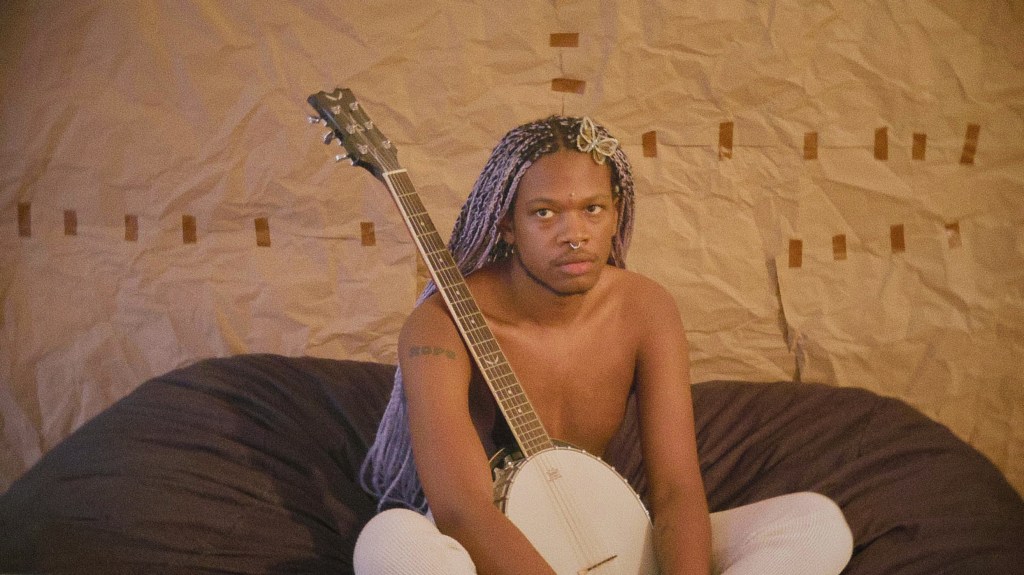 For example, “Pretty When I’m Sad,” which he wrote from a specific personal experience, relays a relatable sentiment of a post-romantic relationship. Other tracks aren’t about him at all, though: Shamir wrote the album’s mid-track, “Other Side,” from the point of view of a woman whose husband was lost by the U.S. military during the Vietnam War. And the album’s two concluding tracks, “I Wonder” and “In This Hole,” are even more universal — they’re about climate change. The last song, loaded with a dramatic string score, also contains his favorite lyric on the album: “Youth is just wasted on the ones who feel immortal.”

“That has resonated with everyone this year with a pandemic,” he says, describing the song as a sort of 2020 premonition. “There’s a level of privilege to think that you’re immortal just because you’re young and healthy.”

Shamir, who has been open about his struggles with bipolar disorder, typically takes a year off between touring. This year was meant to be his grand return to touring, after spending the previous 12 months recording music. But because of the pandemic it will have been at least two years since he was on the road. In many ways, he considers himself lucky; he released the album knowing that he wouldn’t be able to tour for it.

Asked about his fall plans, Shamir says that he’s hoping to chill; he’s been working all year. (He released another album, “Cataclysm,” in March.) But he does note that ideas for his next record are already brewing in the back of his mind.

“Music is completely a cathartic thing for me,” he says. “I’m never not writing.” 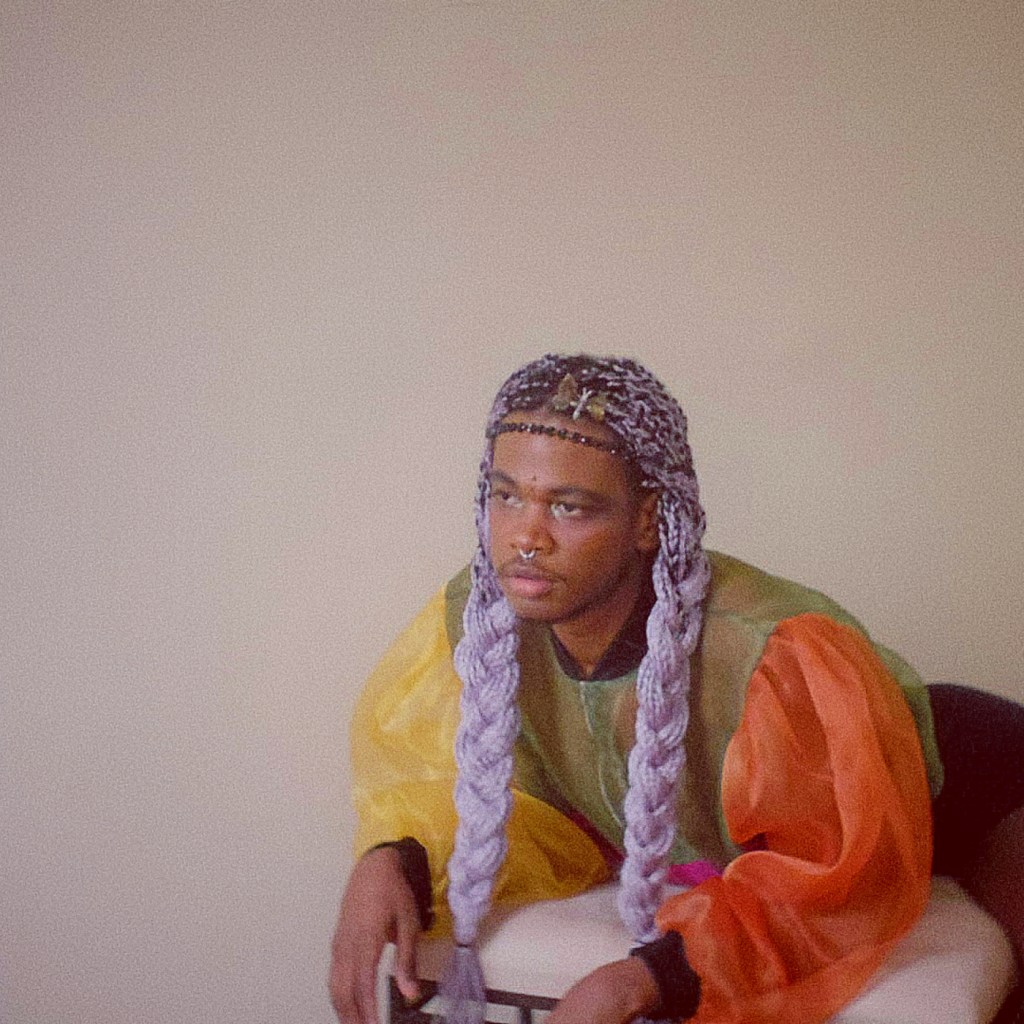