The star of HBO's "We're Here" launches an initiative to help feed drag performers who are struggling due to the coronavirus pandemic, and looks ahead through Pride Month.

“I’m sure you can imagine what all comes along with this, honey,” Shangela says over the phone, bouncing between interviews. “I’m writing jingles, I’m recording things. I’m over here designing labels. I got a lot going on.”

The spring was supposed to be busy for the drag queen, who is one of three stars of the series “We’re Here,” which premiered on HBO in late April and was renewed for a second season last week. But press for the show was instead done virtually from her native Paris, Tex., where she’s been quarantining, and where she developed the idea for the latest project that is keeping her so busy.

When the realities of the coronavirus pandemic hit earlier this spring, Shangela, who first gained national attention in the second season of “RuPaul’s Drag Race,” watched as work for the majority of drag performers across the country dried up.

“Drag queens, where do we get our livelihood? Where do we get our paychecks? It’s in nightclubs, bars, venues where we do drag brunches and bingo, restaurants — all of that was gone,” she says. “So drag queens joined the 40 million people in America that were out of work, but also a lot of those queens don’t get to reap the benefits of stimulus checks. A lot of those queens depend on tips really, in order to survive. I was talking to a couple of friends of mine, drag entertainers, and they were like, ‘Girl, I don’t know if I’m going to be able to pay rent. I have to choose between rent or groceries this month.’”

Motivated to do something, she set to work on the Feed the Queens initiative, applications for which opened over the weekend, which aims to fund-raise $100,000 to help provide 1,000 or more drag queens, drag kings and trans drag performers across America with $100 food gift cards.

“Hunger has become a significant issue in the drag community. I can’t have my sisters being hungry,” Shangela says. “And I know what it’s like to need help along the way.”

The initiative is also promising to benefit a “significant number” of drag performers of color.

“Look, I recognize as a black drag queen that COVID-19 hits our community even harder than it does to others, because we have a harder time getting certain resources,” Shangela says.

“I, in no way, want to distract from the great conversations and the activism that’s going on right now with the Black Lives Matter movement, as well as the Black Trans Lives Matter movement,” she continues. “You have to remember, and that’s what I tell a lot of people, even with all of those things going on, which deserve attention, we’re still in the middle of a pandemic. Forty million people are still out of work in America, and drag queens are still out of work and being hit with hunger in our community. And we started working on this program two months ago, and it’s important that it’s coming out right now, because as you can see, the situation isn’t getting a lot better for a lot of people.” 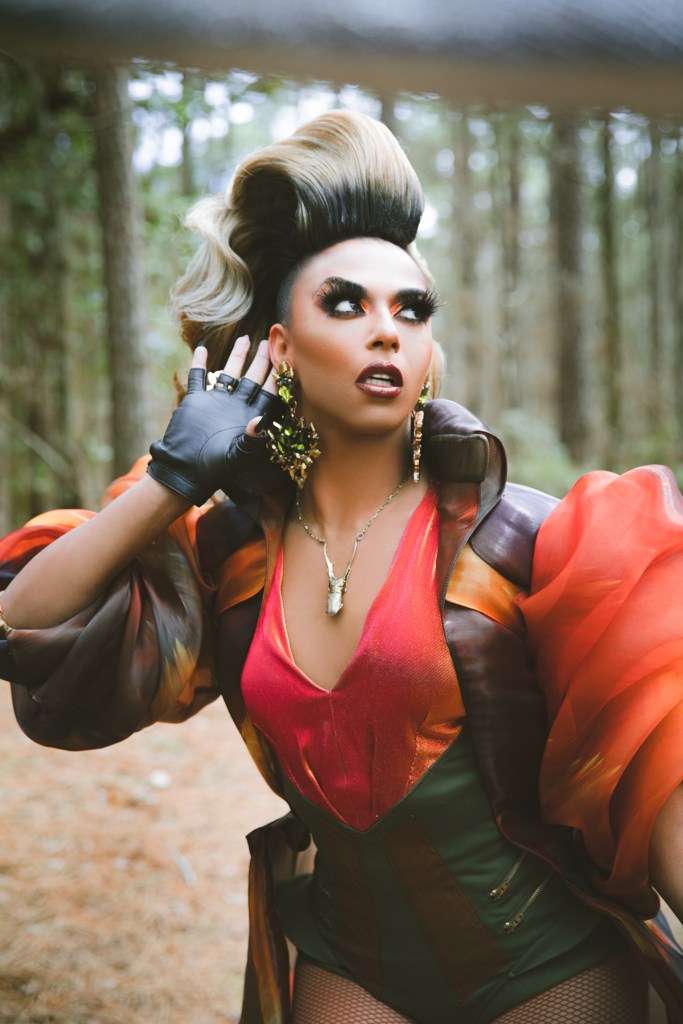 In the years since breaking out on “RuPaul,” Shangela has been featured on Ariana Grande’s song “NASA,” appeared in “A Star Is Born” at the request of Lady Gaga herself, and became the first person to walk the Oscars red carpet in drag, last year. “We’re Here,” which also stars Bob the Drag Queen and Eureka O’Hara, features the trio traveling to small-town America to stage one-night-only drag shows with locals.

“I’m so grateful that during a time when so many people need a reminder about compassion and humanity, that we’ve been able to have a show like this,” Shangela says. “I always think about what an impact it would have had on my experience as a young gay person who didn’t see a lot of visibility of people who looked like me on television and film, to have that experience, in their local community.”

And at the intersection of Pride Month and the Black Lives Matter movements happening around the country following the police killing of George Floyd, Shangela says drag has never been more needed.

“Drag has always been a form of activism and protest,” she says. “I think that the mere existence of a drag queen is part of activism because you’re thumbing your nose up. You’re saying, ‘I’m not going to allow the box that our system, our culture created for me to fit in [to box me in]; I’m not going to walk in these gender norms that people like to push forward or push onto people. It’s saying, ‘I’m going to live outside the box.’ And that in itself, is a form of activism. Throughout history, whether you’re talking about the Compton’s Cafeteria’s riot or even Stonewall, drag queens are right there on the front line, being very vocal and being very active in our fight for equality. Drag is definitely a part of activism.” 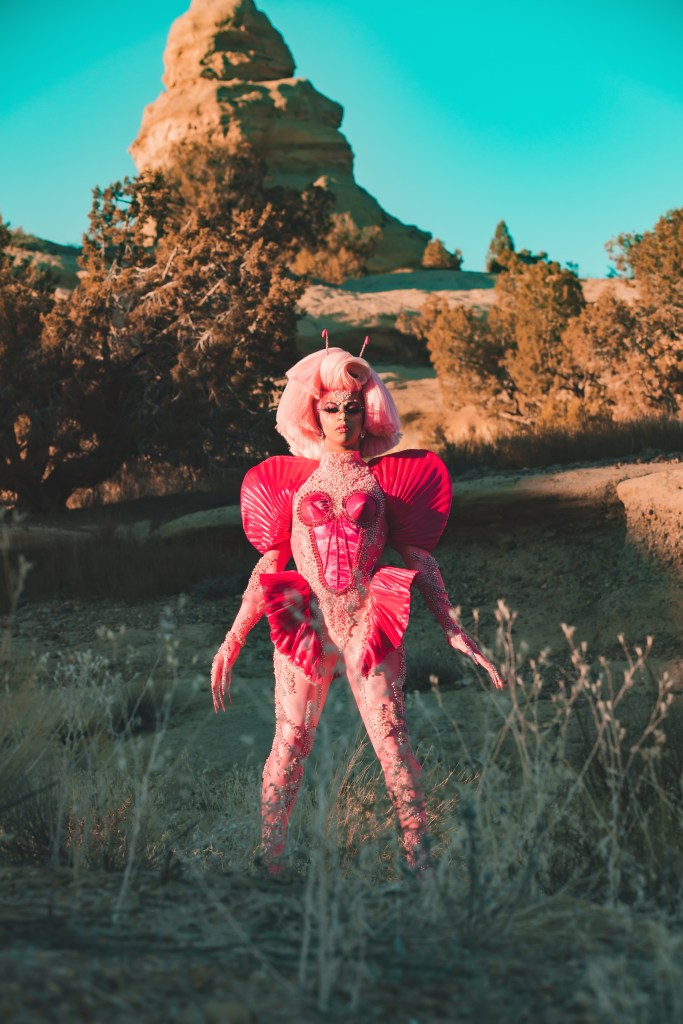