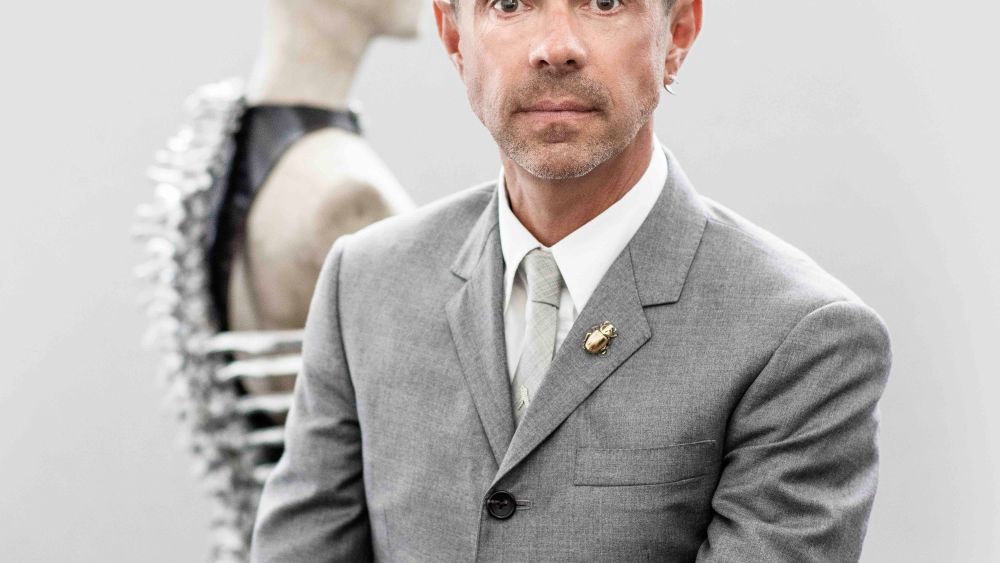 LONDON — Shaun Leane remembers being filled with sadness whenever he had to store his jewelry away in boxes.

Every time he got the opportunity to revisit his earlier work, be it for Alexander McQueen’s “Horn of Plenty” show in 2009 or for the “Savage Beauty” exhibitions at the Metropolitan and the Victoria & Albert museums, he was struck by the excitement and energy they inspired in himself and in others.

That’s why he decided to give a second life to the pieces he created with the late Lee McQueen, by auctioning them at Sotheby’s New York, as part of the house’s “Life of Luxury” auction series.

“That collection is bigger than me. I shouldn’t own it. It needs to be out there doing what it was originally created to do – inspire, provoke, raise questions,” said Leane in an interview. “I always had this panging feeling that they’re just hidden. I’d look at the pictures of everything in their boxes with the lid off and it would break my heart.”

By letting them go, Leane believes that he is giving his earlier work the opportunity to become alive again and serve its purpose of inspiring and challenging.

“I want them out there, in museums, institutions, and collections; because once they’re out there they will go and live forever, a long time after I’m gone. I hope one day a young jewelry or fashion designer staring at one of the pieces in a museum will be inspired. Then I can die a happy man,” said the jeweler.

The auction, titled “Couture Jewelry: The Personal Archive of Shaun Leane,” will feature over 30 original pieces designed for McQueen during the Nineties and early Naughts. 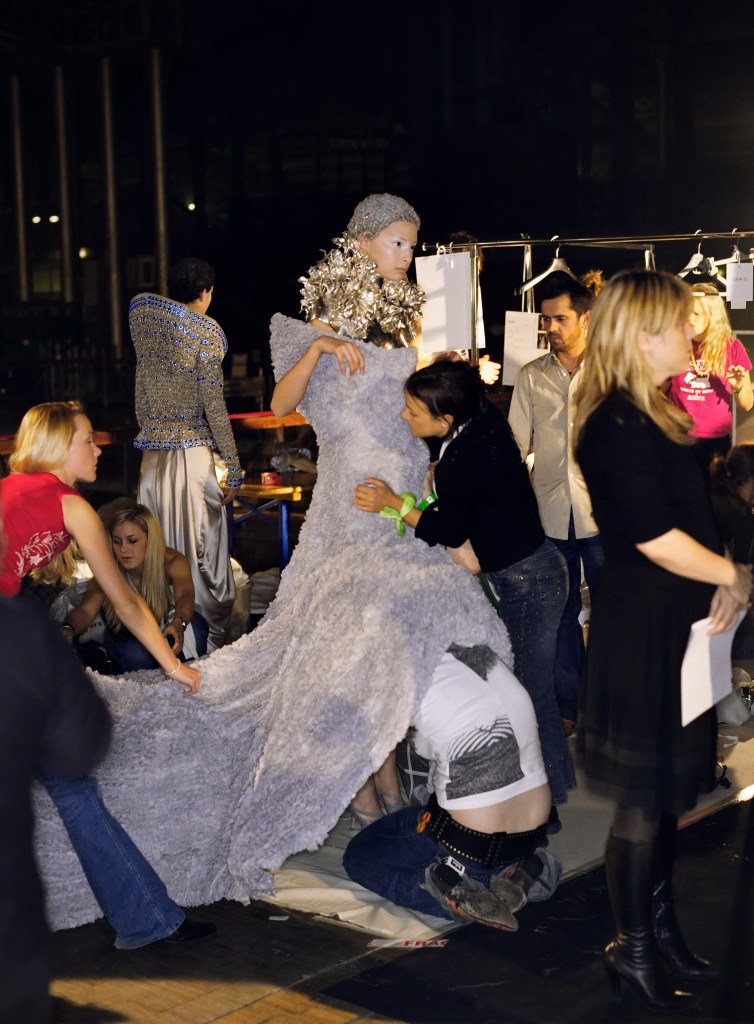 “This is a historic collection — many of the pieces offered for sale have been previously only glimpsed behind the glass of major museums,” said Kerry Taylor, the fashion expert and auctioneer collaborating with Sotheby’s on the project. “Provenance is key and it is rare to be offered pieces of this significance directly from the creator; the last time many of them were worn was on the catwalk by models including Kate Moss, Erin O’Connor and Stella Tennant. Those lucky enough to acquire pieces in this auction will not only purchase a unique work of art — but a little bit of fashion history too.”

One of the most precious pieces singled out by Leane is the white gold and diamond evening glove he designed for Daphne Guinness.

Apart from being the highest valued piece in the collection — it is estimated to sell for $300,000 to $400,000 — Leane explained that it sums up his creative journey of pushing the boundaries in terms of craft and design, bridging the gap between fashion and fine jewelry and bringing alive the energy and ideas of both himself and his contemporaries. 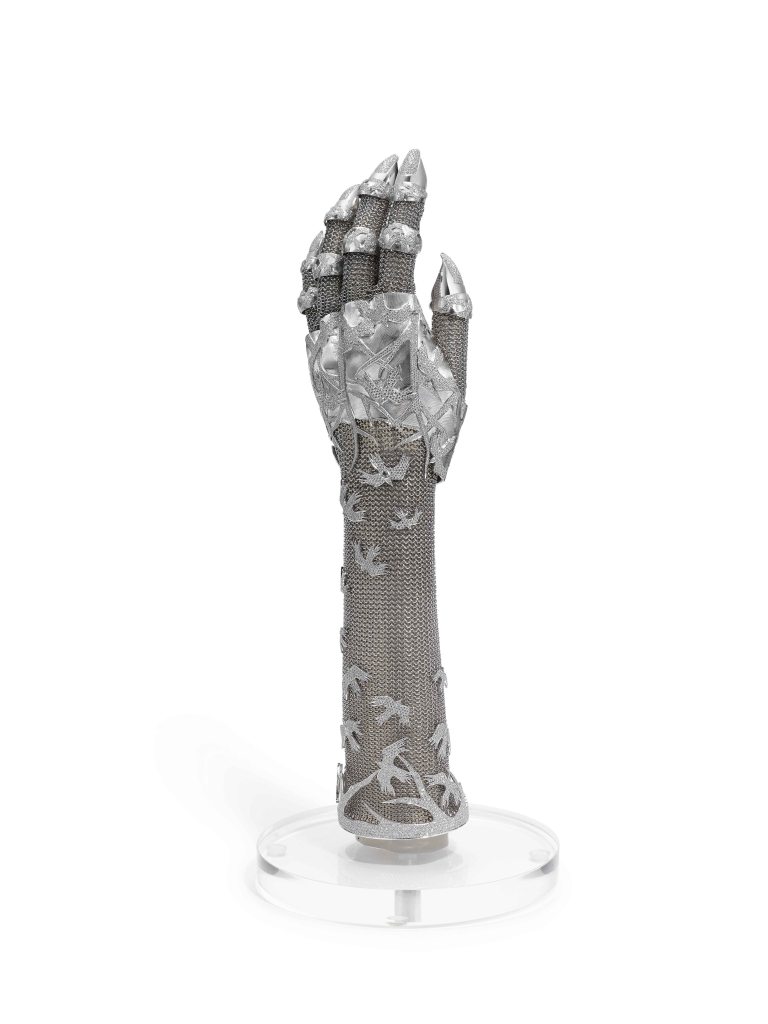 “It was Daphne, Lee and I at the V&A. Daphne just turned around and said, ‘I need protection – Shaun you need to make me some armor.’ Before I knew it Lee was designing the dress and they were launching it. That’s how we were, that’s how beauty is born,” he recalled of the white gold chainmail glove featuring silhouettes of birds set with diamonds.

“During the process, Isabella [Blow] passed away and then Lee passed away, so we decided we needed to champion them and their creativity through the glove. Daphne and I finished it together and took it as far as we could, from being a commission to a glove, to a piece of art.”

Other pieces in the collection include the coiled brass collar originally created for Bjork, the crown of thorns that appeared in McQueen’s “Dante” show in 1996 and a silver and feather nose piece from the 2003 “Irere” show designed to create an optical illusion.

Considered as objets d’art more than pieces of fine jewelry, Leane said they elicited attention from a wide range of collectors at Sotheby’s, from contemporary art to fine jewelry and fashion collectors.

Looking back at some of the pieces going into the auction, Leane sees them as symbols of the history of his career but also as “snapshots” of his time, a time of fearless creativity where, alongside the likes of McQueen, Isabella Blow, Philip Treacy and Daphne Guinness, he was urged to push the boundaries and develop his own handwriting. 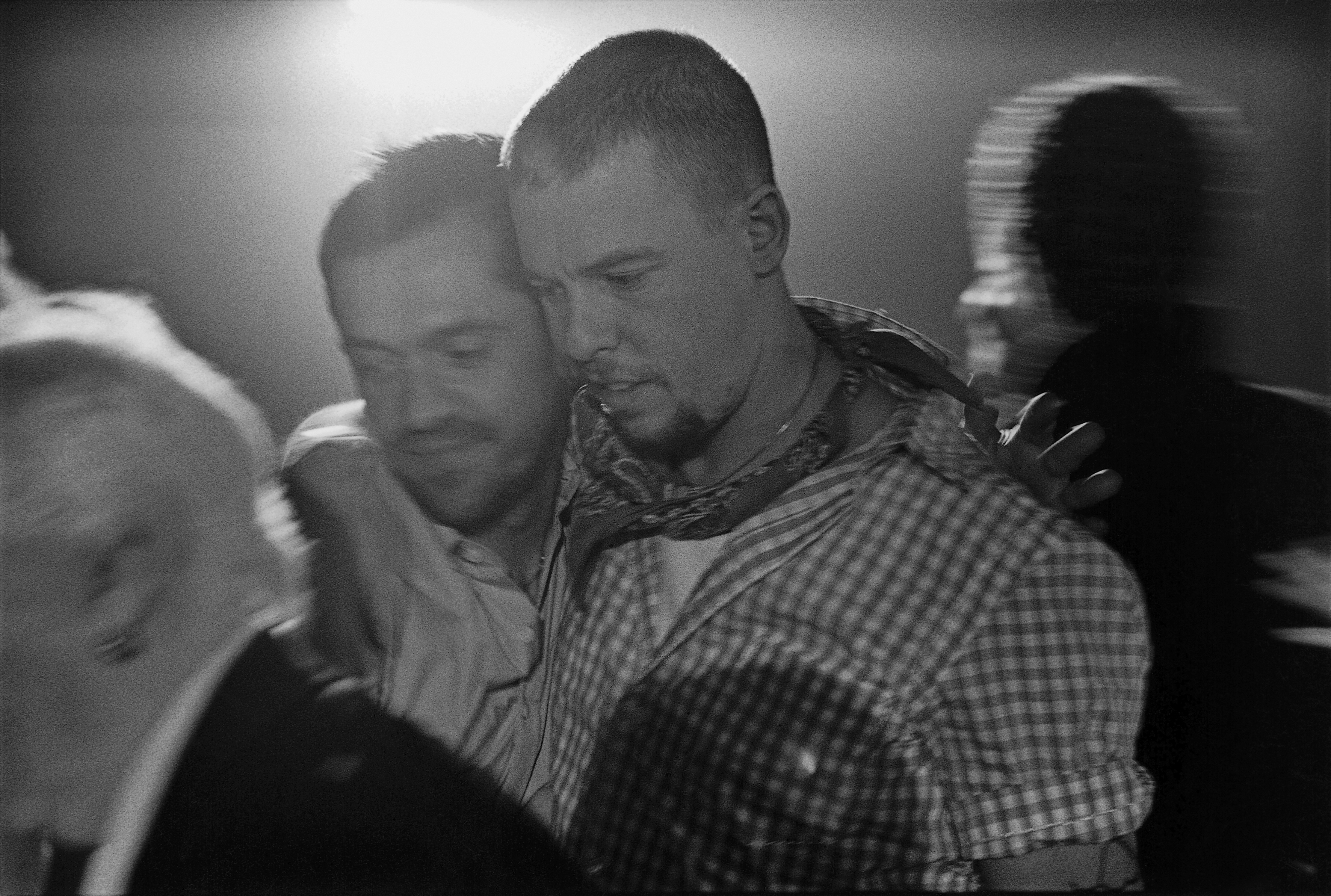 “When I was designing with Lee, it was a fascinating time – every arena in London was pushing the boundaries during the early Nineties: music, fashion, art, jewelry. It was such a zeitgeist for creativity and I am so grateful I was a part of that. That still runs through my veins,” said the designer of the time when he challenged himself to experiment with new techniques and materials that took him beyond his classical training as a goldsmith.

“Lee took me out of my comfort zone. We wanted to subvert tradition but with a new aesthetic. We respected tradition, but wanted to bring it forward and use those skills to create a new look and voice for jewelry and fashion.”

While he speaks so fondly of the fearlessness of the Nineties, Leane also recognizes that “we still have geniuses amongst us.”

“The want to be fearless is still there. The world changed drastically over the last decades, there is so much competition, commercialism, we’ve had worldwide recessions, so there might be a bigger sense of safety but right now there’s also a hunger for change.” 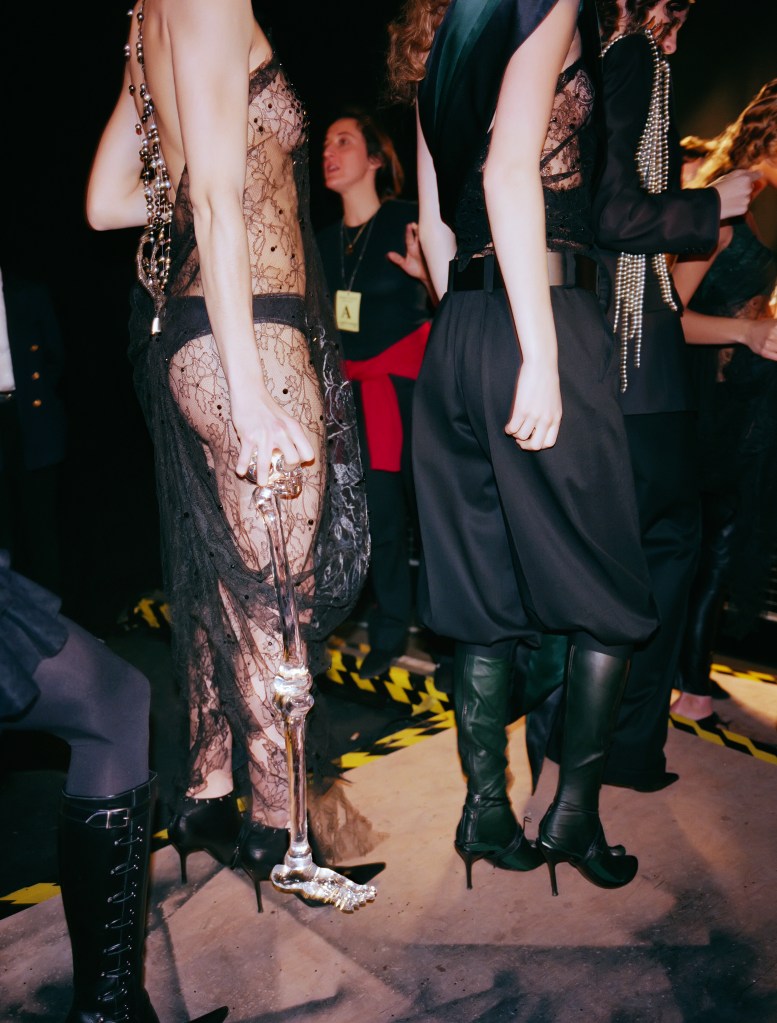 Certainly he is looking forward to change and to new experiments: “I see this auction as a retrospective of my past works – how brilliant they were, how I love them, what they did for me and the house. But it’s the end of the year, the house has evolved and 2018 will be a new chapter for the house of Shaun Leane. You will see how I take that skill and apply it to yet another new medium. It’s one of the biggest projects a U.K. jeweler has ever done, in a whole new arena.”

The auction is taking place on Monday at Sotheby’s New York.