One of China's top sustainability advocates, Yeh believes now it the right time to talk about sustainability, and take action despite the uncertainties around the coronavirus.

LONDON — Shaway Yeh was arguably one of the most prolific fashion editors in China before she turned her attention to sustainability in 2017.

Since then, with her agency Yehyehyeh, she has used her influence to become an outspoken advocate for sustainability practices in the fashion industry, from working with large-scale Chinese manufacturers to hosting forums and workshops with luxury brands such as Kering, Prada and Stella McCartney, speaking at the Copenhagen Fashion Summit and being a judge at the recent International Woolmark Prize.

With China now recovering from the coronavirus outbreak ahead of the rest of the world but with great uncertainty still looming, Yeh believes there is no better time to talk about sustainability and responsibility in the industry. “There is an old saying in Chinese: ‘Where there’s danger, there are opportunities,'” said Yeh, who in 2018 undertook a one-year certificate program at Harvard in corporate sustainability to further her knowledge in the field. 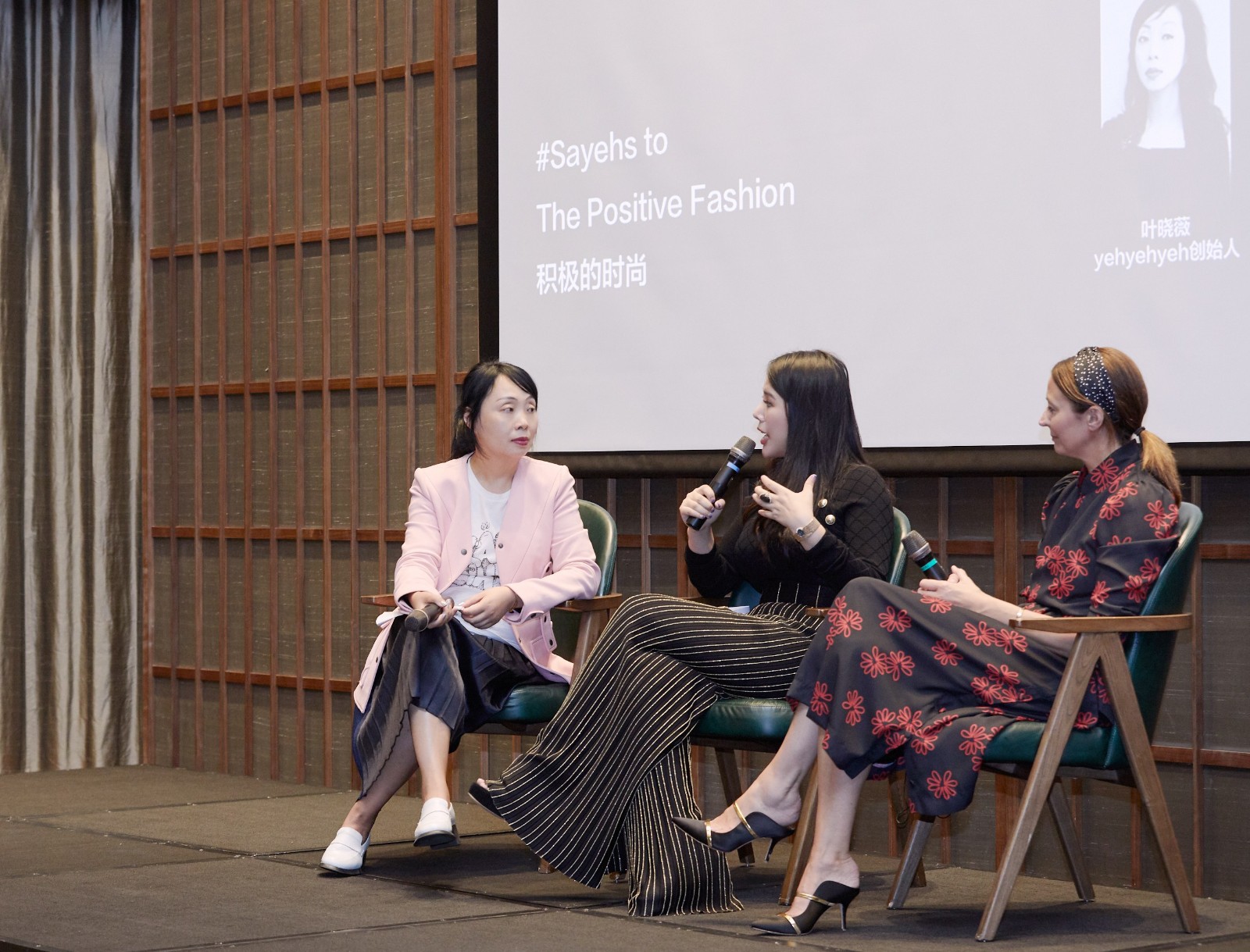 Yeh said she finds China a place to ignite real change and she began with big Chinese brands.

“They have this unique position of growing into a brand with core values, and I help them find out this know-how. Chinese brands respond very quickly once they decide to do something. They’ll be all in, and within one or two years, you’ll see some results. Which is usually difficult in other countries, especially for something like sustainability,” she said.

Erdos, the world’s largest cashmere manufacturer, is one of her best-known clients. “Very few other brands have an integrated supply chain like Erdos does,” she said. “Sometimes brands ask me to help them, but just going through their supply chain, you’ll find out that most of them don’t know where the materials come from. For those who want to be totally sustainable, it’s a lot more work and they might need to find other angles, perhaps through collaborations.”

“I can provide them with knowledge about sustainability, but companies have to decide their own priority. For Erdos, their priority is cashmere. That’s why we started doing sustainable cashmere. Even though we’re dealing with this crisis, it’s still going on,” Yeh said.

Looking at the bigger picture, an industry-wide commitment to sustainability practices will help Chinese manufacturers transform their products into recyclable and sustainable ones, Yeh predicts.

“Chinese people are smart. They are nimble, they know what’s going on. There’s a big market out there because if you look globally, every company is competing by saying, by 2030 we will use a certain percentage of recycled materials. If they make a commitment, where are the materials coming from? Most of the materials still come from China. I have met a few small to medium-sized manufacturers who are already on their way,” she said.

With a rising number of challenges against sustainable practices in the post-COVID-19 world, where budget cuts meet with recession and unemployment, Yeh suggested it could be time to rethink the system.

“What if you ask people to use more advanced technology to come up with more advanced materials to fulfill your goal in cutting down carbon emissions and fulfill promises, but you’re not willing to pay more? It seems like a generally existing problem, so I don’t know if anyone is addressing it. I don’t have any proof, but I don’t think the big brands will admit that,” Yeh said.

“I’ll be very interested to explore the possibility of new business models. Everybody’s talking about how globalization as we know it is coming to an end. It could be stopping capitalism, and reworking the model to respect resources, or it could be back to building walls. Or can we come up with a new system that’s not based on growth? But if it’s not based on growth, what is it based on? Happiness? Security? All these things are more and more important now,” she added.

This week, Yeh is joining WWD China’s Digital Sustainability Summit as an expert partner. The four-day summit, running from April 22 to 24, will focus on tangible solutions and methods to help the fashion industry lead in climate change, environmental sustainability and ethical responsibility.

“I think it’s a very interesting experiment to bring people together while we cannot literally meet. Do whatever you have to do to survive the crisis, but do not forget that the whole business needs to be sustainable. That’s why I’m supporting this,” she said. 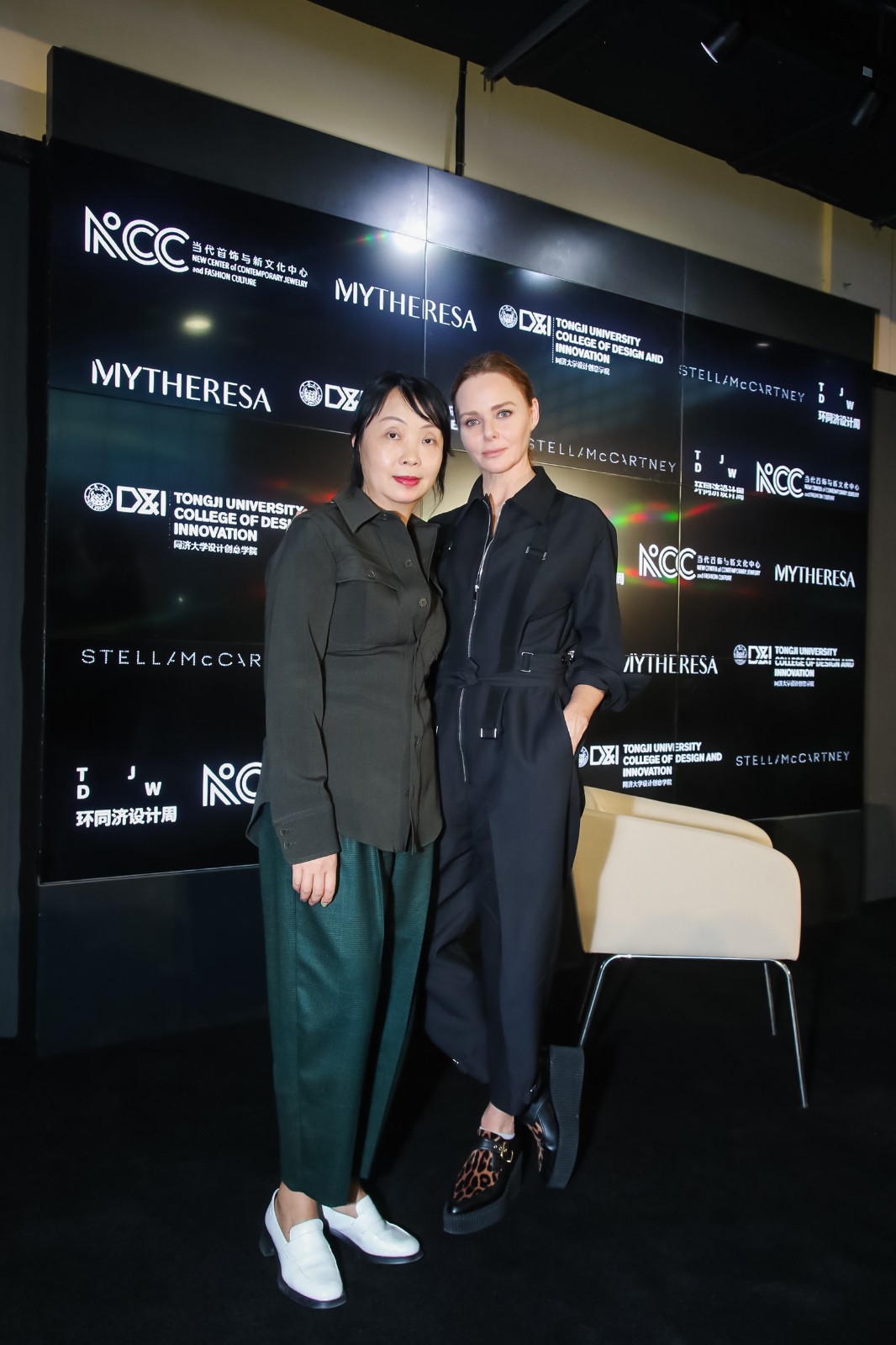 Yeh is a rare example of her generation. Having graduated at the top of her class from the prestigious National Taiwan University, she didn’t go into big business or politics like her classmates. Instead, Yeh studied performing arts at New York University in the early Nineties and launched aRUDE magazine with Iké Udé, a Nigerian-American photographer and performance artist.

Upon returning to China, Yeh worked at Condé Nast, Prada, Time Warner and Park Hyatt in Beijing before landing the role of group style editorial director, a title she still holds today, at Modern Media Group, which was then a rising fashion publishing company founded by Thomas Shao.

Under her tenure, Modern Weekly, a mass-market weekly publication, produced some of the more memorable highbrow fashion content in China. She managed to put the magazine on the same level as international titles such as Vogue, Elle and Harper’s Bazaar. Yeh later also spearheaded Nowness’ China expansion.

When traditional fashion publishing was hit with the digital revolution, Yeh began to look beyond image-making and became interested in building the value chain. “To really understand the value of the fashion industry and how it linked to many other industries — that’s my interest,” she said. Yeh realized in order to make a real impact, she had to address this in a more systematic way.

“A lot of the time, anyone can talk about sustainability. But exactly what it means, in what area, and what effect does it have? That’s why I do forums and also invite a lot of speakers and experts. Trying to raise people’s awareness and hopefully get them interested,” she said.

In August 2018, Yeh was appointed special adviser at Copenhagen Fashion Summit to engage more Chinese companies in the global dialogue.

Last October, she hosted Shan Future Forum, a half-day sustainable forum that touched on a range of subjects, from sustainable practices and enterprise resource planning tools to innovations still fresh from the lab and technology, reaching as far as contemporary art. 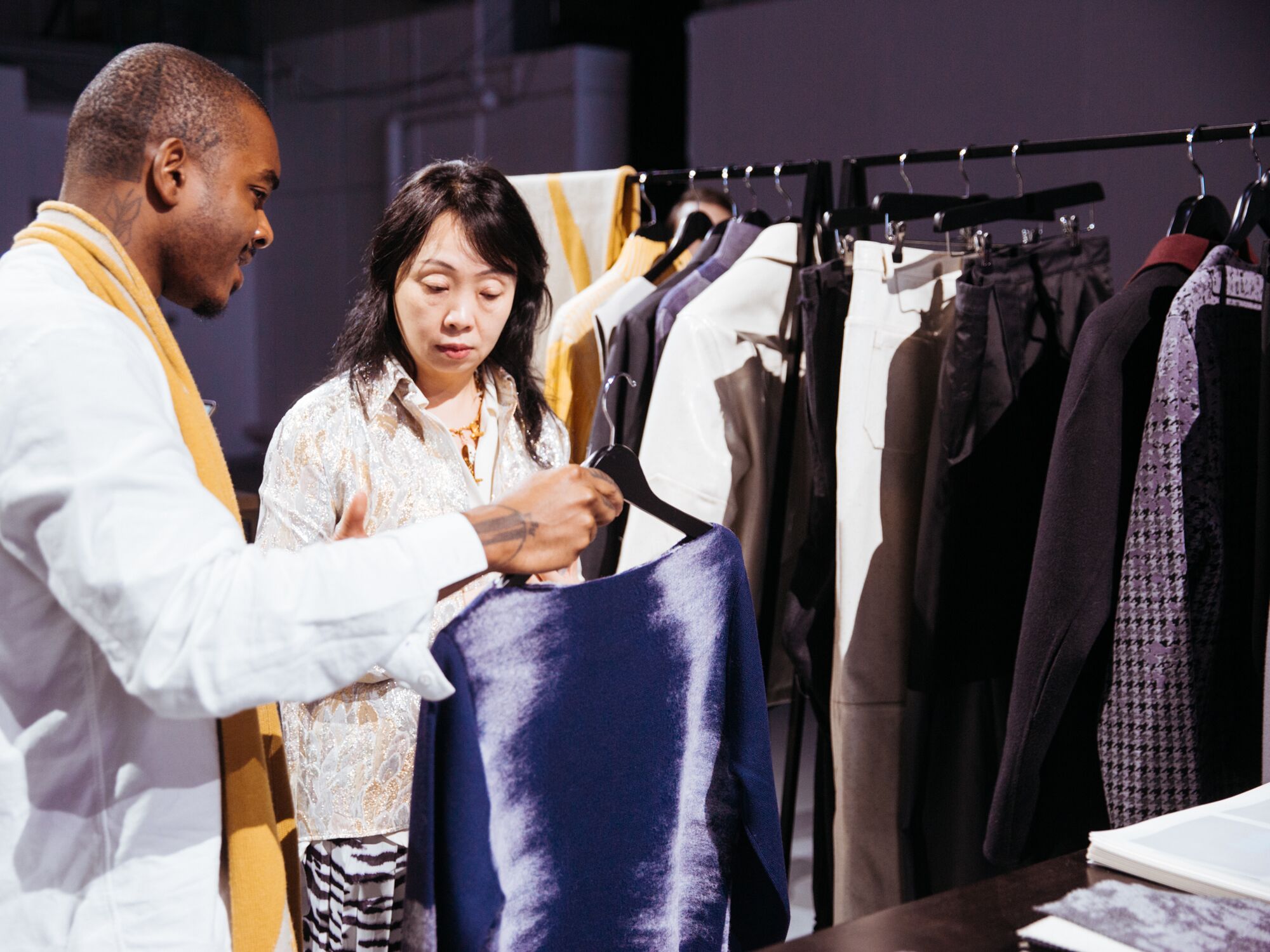 Overall, Yeh said she believes there was an increase in awareness around sustainability even before the COVID-19 outbreak took place in China.

“Smarter customers are no longer satisfied with just something pretty or expensive: They also want something showing the values they identify with,” she said. “That’s how most of them come to realize the importance of sustainability. You can’t be a big company without holding up those values. Customers are more discerning, especially the younger ones.”

Most big companies in China are practicing what Yeh describes as “old school sustainability,” where strict government regulations play a big role in reinforcing these practices. She argues they are not going far enough.

“They are willing to adopt a certain degree of sustainable practices. They might not know what it is, and some companies might be more advanced than others, but in general I think they have all given this attention. Of course, there’s a degree of greenwashing going on because it’s trendy,” Yeh said.

“I do see some companies working very seriously on it, not only because they’re aware of what’s going on. But also they understand that looking at sustainable practices pushes you to examine your supply chain. When you do that, you actually find opportunities to add value. The more you better your supply chain, the more efficient your company works, the more money you can make, the less waste you produce. It’s a win-win situation,” she added.

Some emerging designers in China are also deeply committed to upholding sustainability, both in their brand and design. “The quantity might be very small, but I think they’re more determined. I went down to the showrooms a few days ago and I saw quite a few Chinese designers. They all know that I push sustainable practices, and most of them are excited to tell me what new materials, practices they’re using. This crisis isn’t holding them back from being more sustainable. For me, that’s a really nice positive side,” Yeh said.

She also cited movements among the younger generation of artists and designers, such as Feng Chen Wang, Richard Malone and Emily Bode, whom she met through the International Woolmark Prize, arguing that they have a “new approach.” Yeh was inspired by their thorough and innovative understanding of sustainability.

“It’s going back to the roots of design and materials. Human activity is part of the activity on earth, and the materials we use are part of the natural ecosystem. Through that, you also build strong communities. The old model doesn’t work anymore, everyone is questioning if we need fashion weeks or so many products. Now we have so many things stuck in the warehouse. How do you get rid of them? Are people still buying? What’s the future of design if people don’t want to buy clothes? Designers can find other ways to connect with the ecosystem,” she said.