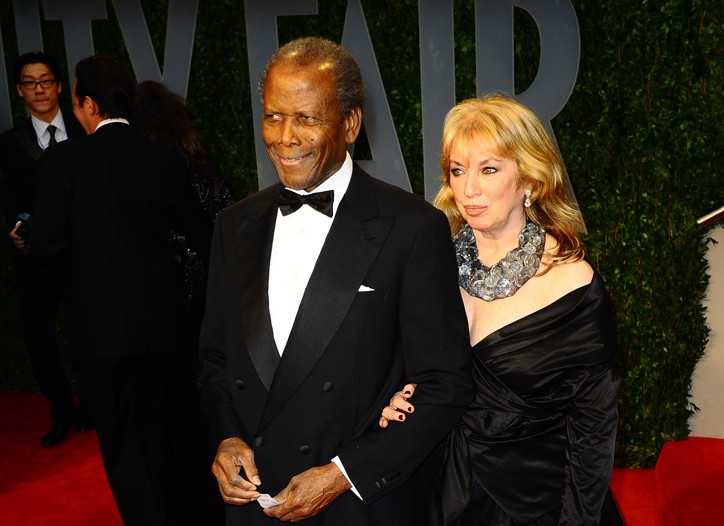 Sidney Poitier commanded whatever space he entered, changing the air with his own coiled intensity.

That was one of the ways WWD described the groundbreaking actor in a 1980 interview about his autobiography “This Life.” Poitier, who has died at the age of 94, became the first Black man to win an Academy Award in 1963 for his performance in “Lilies of the Field.” The best actor win came five years after his first Oscar nomination for “The Defiant Ones.”

Born in Miami and raised in the Bahamas, Poitier headed to New York as a teenager, auditioning for the American Negro Theater. There, he read from True Confessions magazine, not knowing that he could get the script for a play.

WWD described his 1959 Broadway performance in “Raisin in the Sun” — as the sullen, morose and intransigent son — as “overwhelming.”

Over time, Poitier became a matinee idol who broke racial barriers in the ’50s and’60s. In addition to his unmatched performances in “Porgy and Bess,” “A Patch of Blue,” “Stir Crazy” and “Guess Who’s Coming to Dinner” among others, Poitier also went on to produce, write and direct his own films.

With his easy elegance and statuesque physique, the filmmaker was also a favorite with fashion designers. Giorgio Armani said in a statement Friday, “Sidney Poitier captivated the world with his riveting talent and trailblazing career. It was my honor to dress this iconic Hollywood warrior in an Armani tuxedo, as he was elegance personified, on screen and in person. Indeed, Mr. Poitier wore the term ‘legend’ very well.”

Here is a glimpse of some Poitier’s remarks during a 1980 interview with WWD.

”No, that drive cannot be worked out. It is an intrinsic part of my personality. I think it comes partially from inheritance, partly from the fabric of American society and partly from a very strong survival instinct.”

“My mother was a terribly sensitive woman. She was more sensitive than she could express and I believe that I am very much like her. Given the nature of American culture, when I was a young man, those sensitive instincts were outraged so many times. Finally, the need for survival was so strong in me that I used to be on the verge of exploding, but I would turn that energy, or try to, toward a constructive end.”

”One had to make the choice that, however tough, one had to survive. At the bottom of the survival is a modicum of dignity and self-respect that serves as a demarcation line. That’s the line where you say, ‘OK, please don’t go beyond this, or I’ll have to destroy myself and you.’ These three forces are operative and I’m always trying to balance them.”

“In my work there’s a storehouse of power to be called on — through the kind of literature that’s available to actors today, white and Black, in the American theater and film that is such that it rarely ever calls on that energy source.”

“I had been thinking about the book for a long time, thinking that my experience in the film business was so unique that if I were to die, and not leave an account of it, it would be a loss somehow. I thought that minority view, that Third World view from the inside of how it was over the last 30 years could be of some value. And no one else has had it, and consequently no one else would put it down.”

Dealing With the Economic Demands of Filmmaking

“There were certain demands to be dealt with [of the ‘Uptown Saturday Night’ genre.] We had just begun to come out of the Black exploitation films. I wanted to give Black audiences an opportunity to laugh at themselves, give them an opportunity to deal with subject matter that had to do just with them, to show them that their behavior and their activities did not pivot off white racism or white society.”

”I structured characters that were easily recognizable to them that they could embrace and with whom they could have a great deal of fun. That’s what ‘Uptown Saturday Night’ was intended to be. I had to work in the film, because that’s the way the financing goes.”

”I most certainly am…not a chauvinist…anymore. As women became more aware of their exploitation by a male world, I too became more aware. Like most American males, I didn’t know what female exploitation was. I know more now — clearly. I don’t know enough, I mean I haven’t moved away from my old self that far, but there’s been a measurable improvement.

“The most important thing nowadays is self-sufficiency. We’re living in a pleasure-principle society, where everybody is looking to make it the quickest way you can. Young Black people need survival skills. They need to be able to do their own problem-solving. If that pattern is not established, what we will find is that we have produced children who sit down and look at problems and become overwhelmed before they stand up.”

In a separate interview with WWD in 2003, the actor’s daughter Sydney Tamiia Poitier described accidental cases of mistaken identity. She explained, “When I make a reservation at a restaurant, the profound disappointment when I show up is so sad. Just the look on their faces — I feel so bad!”