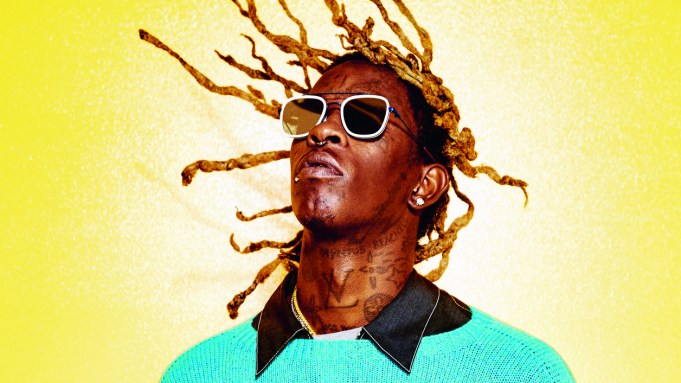 Self-isolationists and WFHers have had ample hours to consider who they are and what they stand for, but the coronavirus crisis isn’t what spurred Simon Doonan to write a punchy book about the power of self-identity.

Out today, “How to Be Yourself: Life-Changing Advice from a Reckless Contrarian,” may sound a little fundamental or sad, depending on how you look at it, but the irrepressible author said he had to write the book. From his viewpoint, social media is “obliterating our priorities, increasingly commanding us to ignore the here and now, and to fixate on abstract, far-in-the-future stuff like hopes, aspirations and dreams.“

Heavy-handed as that might sound, Doonan offers a sure way out — “Your self is a great resource” and one that should be “maxed out,” he said. The book’s mission is “to yank readers’ gaze from the horizon to bring it back to where it belongs on you and your gorgeous idiosyncratic, neglect-at-your peril self” — whether sporting a signature color year-round like the writer Tom Wolfe, who favored white suits, or going with a hairstyle that relays a certain no-nonsense competence, à la Frida Kahlo and the former prime minister of Ukraine Yulia Tymoshenko.

While Anna Wintour, Karl Lagerfeld and Coco Chanel are cited for their individual style, the more unexpected include former special counsel to the U.S. State Department of Justice Robert Mueller and feminist writer Simone de Beauvoir. Young Thug, Billie Eilish, Angela Davis, André Leon Talley and Loulou de la Falaise are also celebrated for being themselves. Doonan said, “Rei Kawakubo is somebody who looks like herself, acts like herself, she appears to be very much herself. Actually, women in fashion are very much so themselves — Miuccia Prada, Vivienne Westwood, Carlyne Cerf de Dudzeele.”

Many self-help books are overly serious and “authors are very reticent to inject humor because they feel it could undermine their thesis,” Doonan said. So he aims to inspire readers with some good tips, and also entertain them. The Phaidon book bounces along with six sections — Style, People, Love, “Werk,“ Decor and Family. The striped cover was inspired by a JW Anderson-Uniqlo sweater that Doonan wore for a stretch for meetings at Phaidon. As for the book’s digestible format for the easily distracted, Doonan said, “You can dip in and out of it, shriek with laughter hopefully, and get some inspiration.“

At an age that is comfortably above what the maximum speed limit is in most U.S. states, Doonan said he came of age “in a period when being yourself was not particularly encouraged or applauded at school or in the workplace. Being gay at a time when it was illegal to be gay, I’ve had to think about how to be yourself without any external encouragement. Also, my family was so unconventional and peculiar in many ways. One of the great things about them, especially my parents, was they didn’t care about other people’s opinions. That was a blessing, really,” he said. “Most people, especially now with social media, are caught up in a whirlwind of always looking for external validation.”

He continued, “Young people especially use their phones like some kind of mirror that’s going to tell you who you are, how you are and what you should be. I’m very much against that because I was a teenager in the Sixties and an adult in the Seventies. Self-expression was everything and individuality was very highly prized. You can see that in the music, fashion and everything that came out of that period. The counterculture, the glam rock, then punk rock — it was all a completely maniacal force of self-expression.”

Knowing many may question what gives Doonan, “an aging white male,” the authority to write a self-help book that offers advice to women, he is “wildly pro-women” and is often mistaken for one, due to his petite figure and penchant for flowery shirts and cross-body bags. “I rarely get through TSA without at least one, ‘Shoes off, miss.’”

“How to Be Yourself” includes a Q&A with Doonan and his “interior design czar” husband Jonathan Adler, who recalled being “a clay-splattered potter” when they met. Recalling how Adler once said “tassels are the earrings of the house,” Doonan asked, “Were you gargling with bong water that day?” All in all, the writer likes to rib all his subjects in the book. “Life gets more complicated the more stuff you have. Number-one tip: Stop whining. I find the amount of complaining today is completely deafening…go spend a week in downtown Mogadishu and get back to me,” he writes. “…Stop focusing on obstacles and speed bumps, and develop a dramatically exaggerated sense of possibility.”

Reached on Shelter Island, where he has been hunkered down with Adler, Doonan said that the lockdown was just happening when the final edits for his book were being made. Slight tweaks were made, but they were far from an overhaul. “I did worry a little bit. But if you rewrite the whole thing, then you’ve grounded the book in a particular moment. Books are supposed to have a longer life.”

Having worked at Barneys New York from the Eighties through 2016, Doonan has weathered many cycles of retail and fashion. Looking ahead, Doonan said, “Human beings are fantastically protean and basically optimistic. I hope the recovery will be more speedy than any of us can imagine. That’s my optimistic feeling. But we have another year that’s going to be very challenging and the reverberations on the economy could go on for a lot longer.”

As per Tom Ford‘s and Christian Siriano’s spring collections, “now is the time for a bit of glamorous distraction, but it’s also a good time for some creative introspection,“ Doonan said. “As I said, [in the book] putting everything on a bucket list is crazy. You have to start doing things now. Life is short. That is something that a pandemic will teach you. If you’ve got something that you want to do, get on with it.”

Next up for Doonan is a book about the artist Keith Haring that will be published this spring by Laurence King Publishing. “Very much true to himself,” Haring had an extraordinary amount of drive, Doonan said. “He was extremely adaptable. If he didn’t have anywhere to paint, he would paint on the floor. He was just an uncomplaining, incredibly creative tour de force.”

Researching the Eighties-era artist has reminded Doonan of the AIDS epidemic. He said, “For those of us who went through that, it was a bit of a warm-up for what we’re going through now. It is a different disease. It is hard to compare them,” he said. “In terms of that sinking feeling of something is happening and it’s coming, AIDS was more lethal, but COVID-19 is global.”

That said, it was also a time of immense creativity. “Fashion, art, style and music all came together in a way that hasn’t happened since. It was against a backdrop of unbelievable sadness and death, but the two things coexisted in a way that is very interesting to look back at. Keith Haring was the emulation of that. He was this exuberant creative force against this terrible backdrop of suffering that didn’t seem like it would ever end. And then it did. It took a while,” Doonan said.

With coronavirus cases spiking in different parts of the world, Doonan and his fellow season-three judges on NBC’s “Making It” are gearing up cautiously to start shooting next month. Temperatures will be taken, social distancing will be maintained and contestants will tout their talents. Doonan said, “That’s that protean nature of human beings. People want to keep moving forward in some fashion even if it’s with a lot of restrictions.”

There is no question that the current situation will require a different kind of filming, but Doonan is ready for the return. Being on set with Amy Poehler, Nick Offerman and Etsy’s Dayna Isom Johnson often, there is plenty of laughter, Doonan said. “We’re always having to run back to the makeup trailer. It’s so much fun. Then it’s also very touching and creative, because the contestants are great.“