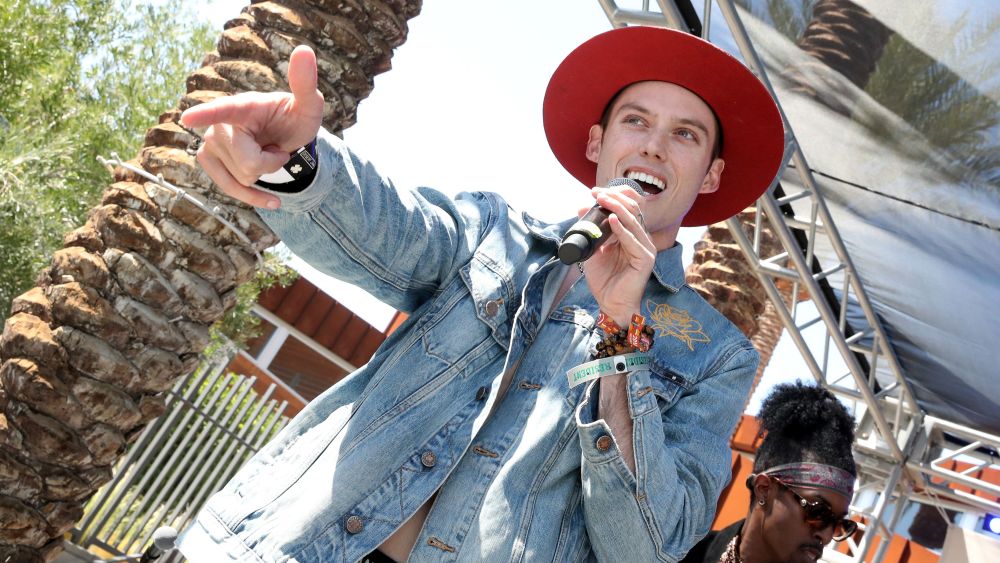 Lucky Brand hosted a poolside shindig on Saturday afternoon that distinguished itself by being the only one of the weekend in which the musical performer, Harry Hudson, finished his set by jumping into the water.

“Everyone in the audience looked so hot, so I went over to splash some water on myself, and then I saw one of my best friends in the pool, so I was like, ‘F-ck it, I’m just jumping in,” he said once he had toweled off. “There’s things I wanted to accomplish in my life and that was a milestone.”

He was half-joking, of course. The 24-year old beat a cancer diagnosis that he got four years ago at age 20, and a fellow chemotherapy patient was the one who advised him to focus on music and keep a journal. The resulting chapters led to the release of his debut album two weeks ago with the Yellow Rose Band, made up of three of his best friends.

“If one person in the crowd can get inspired by what I say, those kind of things you don’t know, you just project who you are and what you’re feeling,” said the candid singer, who is recognizable to some from Kylie Jenner’s Snapchat videos. His close pal has included him in many personal posts, which also led to him starring in his own short film, “Can Cowboys Cry.”

As for the post-show splash seen ’round the social media world thanks to the iPhone-toting audience, Hudson, who lost his father four weeks ago, said, “I only post on social media when I’m happy. I’m not going to waste my time trying to be happy for Instagram. I’m trying to figure out what I’m doing on earth, and so far making music is part of it.”