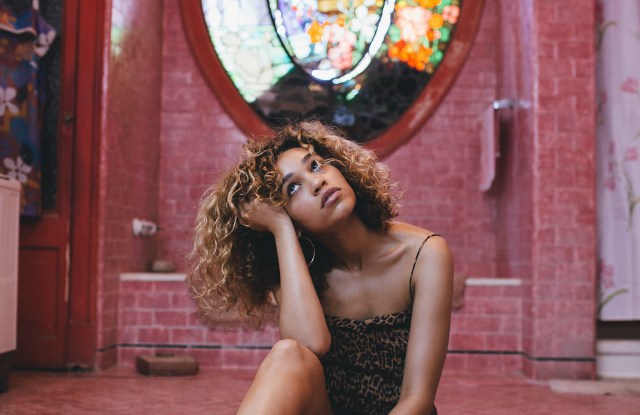 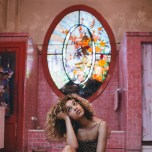 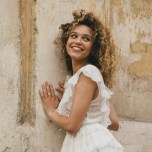 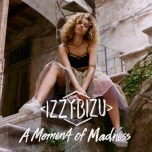 Izzy Bizu is standing inside the East River Skate Shop in Brooklyn’s Greenpoint, professing to a love of sweet, sugary tea — three cubes, to be exact.

“Do you like it?” she says, offering up a sip of basil lemongrass tea she acknowledges is a more herbal flavor, before grinning: “I did put s–tloads of honey in it.”

The sweetness shtick is not off base: the 22-year-old indie-pop singer is politely bubbly and curious, fresh off a day at a Brooklyn skatepark while in New York for a recent gig in promotion of her debut album, “A Moment of Madness.”

Bizu fostered a love for the soul-pop she now writes through travel-induced poetry, which led to songwriting. The southwest London native spent several years of childhood in Bahrain, where she moved to live with her civil engineer father. “The first night was the most obscure night of my life,” she says “I woke up at 5 a.m. to the call of prayer — my dad didn’t tell me about it — and I woke up and was like, ‘What is that amazing sound?’”

The experience led her, at age seven, to begin writing poetry. “When I was out there, it was a really new thing,” she says. “ I lived in London before, and then I moved to this place where everything was really blue and hot, and so I used to write poems about it, about this new place. It was a bit like a dream world, being there. Everything was easy-breezy, and laid back. As a kid, being in the water and being free and being in the desert…and I was also getting to know my dad a lot better…it was a lot of emotions running. It was this new revelation.”

Her father shaped her musically through his deep respect of opera. “My dad used to listen Pavarotti in the car, and I don’t do opera music but I really enjoy it as well,” she says. “One of the things my dad loved about Pavarotti was that he put his heart into everything, and not everything was always perfect, but he was just so passionate; my dad was like, ‘If you’re going to do that, then you should be like that.’

Her maternal roots trace from Ethiopia, where she’s traveled in more recent years — the atmosphere is a feeling she hopes to capture onstage. “Ethiopia was quite open and welcoming, and that’s the sort of vibe when I get onstage,” she says. “I talk about nature and I describe love in a natural way, and the imagery is from when I was growing up in Bahrain as well — it’s all about sort of having that getaway vibe.”

Skateboarding has become a miniature getaway while in new cities for concerts and meetings. “My friend taught me — I went to his house and he went to the toilet and he had one of those penny boards, and it was on a marble floor and I tried to ride it — he was like, ‘Alright, I’m going to teach you because that is not how you do it,’” she says. “It took me ages to balance on it.”

Not that that was a deterrent. “I’m not particularly amazing — I just cruise a bit,” she says. “You just have to have the confidence to fall and not care.”