Krauss reveals where she draws the line between being inspired by and copying someone else's music. 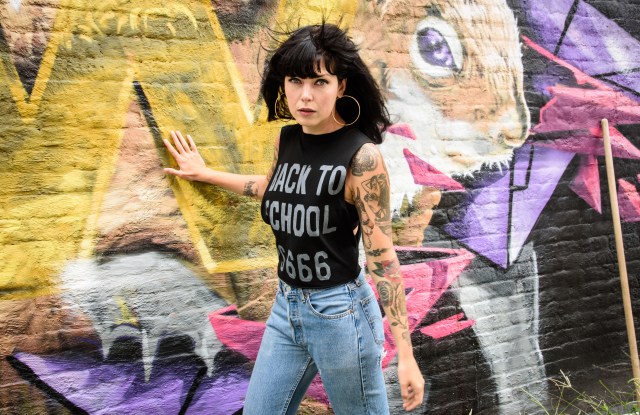 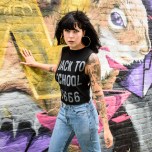 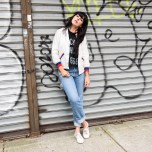 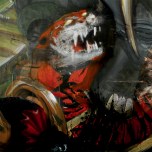 Jessica Rabbit is one of pop culture’s most celebrated sex symbols. She oozes. She slinks. She seduces. And she’s not even real.

The “Who Framed Roger Rabbit” character has inspired many, including Heidi Klum, who recruited a prosthetics artist to transform her into the real-life version of the cartoon for Halloween last year. Jessica Rabbit is the epitome of wanting something you’ll never have. Her elusive nature is what inspired Alexis Krauss and Derek Miller of the band Sleigh Bells to name their third album after her.

“Derek and I had initially made this pact that we weren’t going to say anything about what [the title] meant, but it’s definitely become a popular question,” Krauss says. “The truth is that when Derek was very young, he had a crush on Jessica Rabbit. [She’s] symbolic of this larger-than-life, unattainable thing that you can love desperately, but never have.…But it motivates you and probably creates an obsession — healthy or unhealthy.”

Longing and frustration are underlying themes in “Jessica Rabbit,” the album. Krauss realizes as she’s speaking just how well these themes tie in with the title. “It’s interesting after you make a record,” she says. “You don’t have any intention of having it all fit into this nice package, but then when you step away from it and look at it, you’re like, ‘Wow, there are a lot of subconscious things that tied in and made it feel like a cohesive body of work.’”

Krauss and Miller formed Sleigh Bells in 2008. “He was my waiter,” she says of how the two met, adding, “We struck up an entirely random conversation.” Krauss says she and Miller developed a professional relationship before friendship. Now, they’re family. “I’m an only child, but he’s truly my brother,” she says. “We love each other. We fight hard, but the best thing about our relationship is that, creatively, we’re always on the same page. Our visions align and there’s never really any arguing about the music, which is really important. Derek has allowed me to enter the creative process in a way that didn’t exist from the first couple records. It’s a much more equal songwriting partnership now, which feels great.”

Speaking of songwriting, let’s go back to Nov. 2, 2015. Krauss had noticed that there were some similarities between Demi Lovato’s “Stars” and Sleigh Bells’ “Infinity Guitars” and “Riot Rhythm.” This observation led Krauss to tweet the following at Lovato: “Demi Lovato flattered you guys sampled Infinity Guitars & Riot Rhythm for ‘Stars’ but we were not contacted. Gotta clear those.” Krauss and Miller are now suing Lovato for copyright infringement.

The difference between being inspired by and copying someone else’s work is a hot topic in the music world as of late. Where does Krauss draw the line?

“We’re all trying to achieve the same level of greatness that our favorite songs have achieved, so there’s nothing wrong with that,” she says. “But the line needs to be drawn when, in my opinion and in our attorney’s opinions and Derek’s opinions and a lot of people whose opinions I trust, you hear an exact duplicate or an exact replica or the exact thing, right? I think it’s a fine line. The ‘Blurred Lines’ case [involving Pharrell Williams, Robin Thicke and the Marvin Gaye estate] was a challenging case because that’s less about a sample and more about creating a mood and referencing a piece of music and paying homage to music. I think each case is different. Our case, I don’t want to speak too much to it and jeopardize all the legal proceedings, but we feel that that is a direct usage of a master recording. And that’s never OK.”

Krauss is familiar with the legal requirements of sampling songs. Sleigh Bells’ hit “Rill Rill” samples “Can You Get to That” by Parliament-Funkadelic.

“We paid a lot of money,” Krauss says. “To this day, we own pretty much zero publishing on [‘Rill Rill’] and that’s fine with me because that song wouldn’t exist without that great sample from ‘Can You Get to That.’ So I think if you’re going to go there, if you’re going to sample, if you’re going to directly reference a song, then you have to do what’s legally right. But I think it’s important for small artists to stand up for themselves because if you don’t, then people are gonna just keep doing it and that’s not okay.”

“Jessica Rabbit” by Sleigh Bells is out on Nov. 11.