The 22-year-old model, who claims she's living someone else's dream, makes her acting debut in "Goldie."

Slick Woods has been in a room at the Roxy Hotel for about “two minutes,” she jokes (we think), but she’s already going stir crazy. It’s hard to imagine her sitting still for long: she first wants a cigarette break, then changes her mind, pulling out her phone to call her mother instead.

“Mom, answer the f–king phone,” she says into her mom’s voicemail box, a big grin on her face, gap tooth on display. “Mom, what the f–k? Hey Mom, you got me f–ked up. Answer the damn phone. I love you. What the f–k is going on? I love you.”

Woods, the 22-year-old model who notoriously went into labor in the midst of Rihanna’s Savage x Fenty show this past September, makes her acting debut in young director Sam de Jong’s “Goldie,” which screened at the Tribeca Film Festival. The movie follows the 18-year-old Goldie through her life in a Bronx, N.Y., shelter, where she lives with her mother and sisters. Her dreams of making life better for her and her family seem in reach when she gets the opportunity to audition for a local rapper — played by A$AP Ferg — but her mother’s arrest puts everything into question.

Woods and de Jong met several years ago — “at a strip club, no?” de Jong asks her. Damian Bao, who cast the film with Kate Antognini, made the intro.

“And then we talked for an hour and a half,” de Jong says, “and then after that I think you saw my first film [‘Prince’], right?” he asks Woods. “And she was like, ‘It’s good, but we’ll make something better.’”

The story of Goldie is inspired by Woods’ own life: when she was four, her mother was arrested for manslaughter. (She was released this past February.)

Woods says she was drawn to the fact that de Jong, who is Dutch, grew up outside of the U.S. “You’re Dutch, but you brought exactly what I saw myself as a black woman into the film, which is sick,” she tells him. “You admire black people the way that I do, and I’m black, you know what I’m saying? And you brought a brilliant cinematographer, and he captured me the exact way black women are supposed to be captured.”

She says she never had a desire to act prior to the movie — but then again, she never wanted to model either.

“A lot of the time I catch myself saying, ‘I’m living someone else’s dream,’” she says. “I’m living other people’s dreams in the best way.”

It’s all come rather naturally to her though — as the countless brands who work with her, from Marc Jacobs to Jeremy Scott, can attest to.

“I mean acting, modeling, everything, it’s very secondhand to me. I’m a gangbanger, a drug dealer — I never knew that I was going to be in the presence of Sam [de Jong]. You know what I’m saying? I always thought I was going to be a drug dealer and a gangbanger. Like that’s what it is,” she says. “But Sam and Damian changed my perspective of things and now I’m straightlaced and a square. It’s cool. They saw things that I definitely didn’t even have. I didn’t deserve. I respect them a lot for bringing me to that perspective because I definitely quit like 48 times in the movie. So them being there and being there wholeheartedly, completely, 10 toes down every day.”

“But that’s the beauty of filming,” De Jong tells her. “Because in real life you just walk away. But when it’s film, you know you f–king have to meet in the morning.”

Woods’ boyfriend, the Los Angeles rapper Micky Munday who inexplicable sat between Woods and de Jong while they spoke, chimes in with support.

“She showed me her film, I’m not going to lie, I was like ‘Damn, you killed that job,’” he offers. “I was, like, surprised — not surprised, because she’s a special woman. But you know, acting is not an easy thing to do. It was dope. It was like you were really watching somebody’s story.” 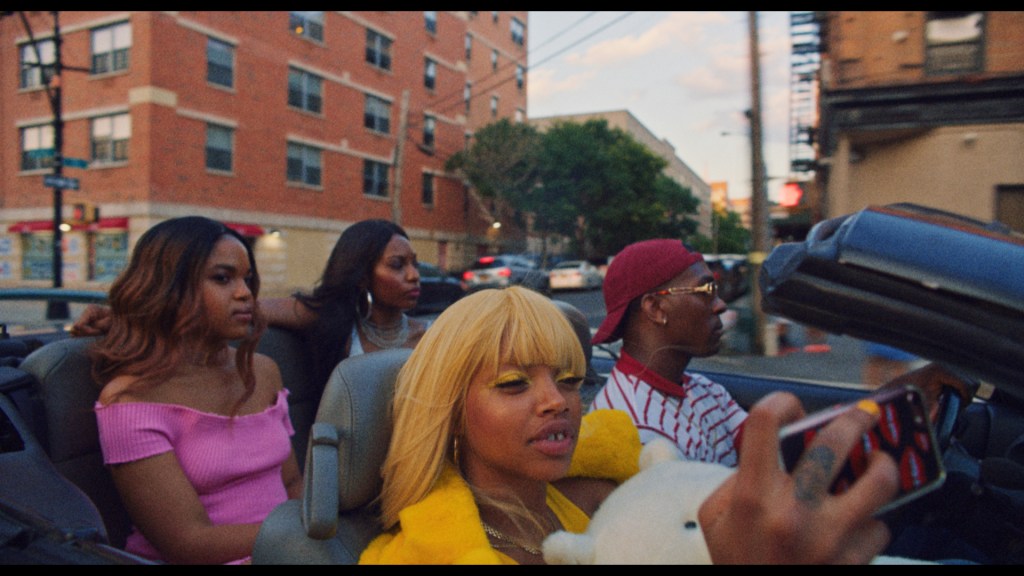 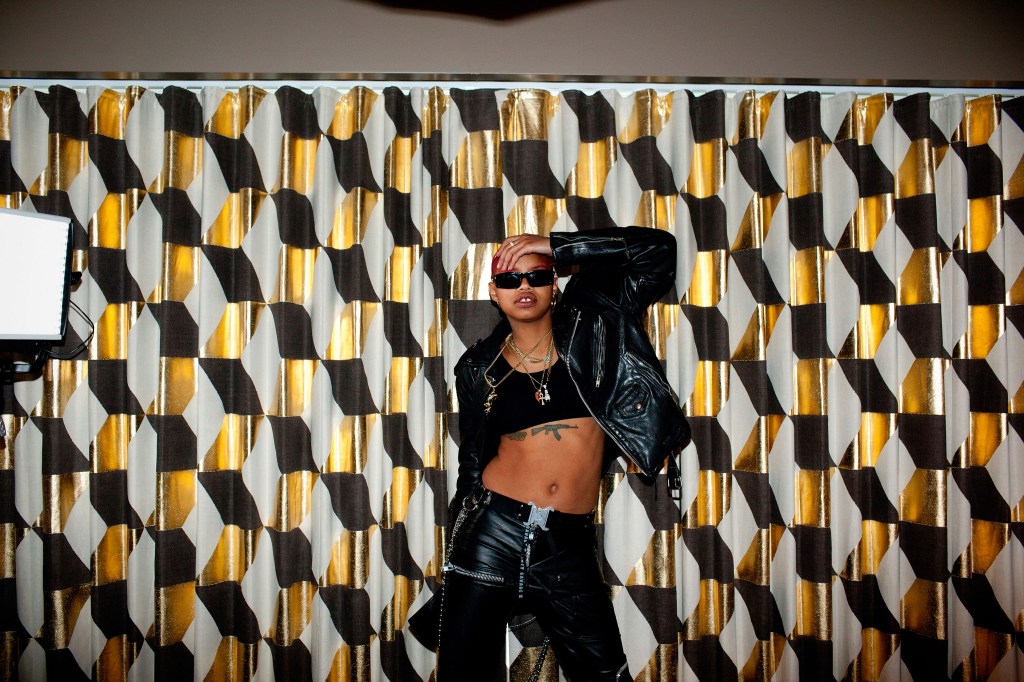