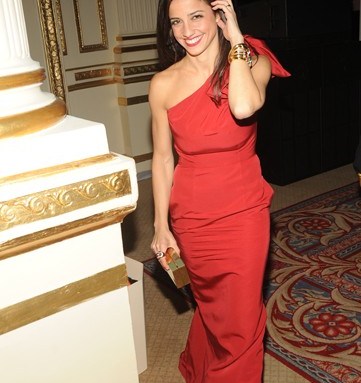 Smack dab in the middle of an event-cluttered week, The Society of Memorial Sloan-Kettering Cancer Center’s second annual Spring Ball drew a party-ready crew to the Plaza Hotel’s Grand Ballroom Wednesday evening. And no one was more aware of the difficulty in corralling such strong numbers than co-chairman Muffie Potter Aston.

“Bodies count — you all came,” said Aston to the crowd, which included Tory Burch, Marjorie Gubelmann, Renée Rockefeller, Shoshanna Lonstein Gruss, Serena Boardman, Grace Hightower and Robert De Niro, and Jill Zarin of “The Real Housewives of New York City” fame. Some generous donors had even given their tickets back after purchasing them so the organizers could resell them. “This is the only room in New York where you can sell a ticket twice and not get arrested,” joked Aston.

Over dinner, the Upper East Side contingent couldn’t help but chatter about a few unexpected attendees.

“Is that guy a famous rapper?” queried one man eyeing a diamond-stud-sporting LL Cool J (“I’m a guest of Tory’s,” explained the singer.)

More perplexing for some was the choice of the evening’s performer, Macy Gray, who nonetheless got everyone on their feet dancing, despite some heckling from her. “I hear you all have lots of money and you’re a bit snobby,” Gray told the audience, before belting out a series of tunes.

“This isn’t what I’m used to,” admitted Ronson, who appeased all age groups by spinning everything from Phil Collins to Beyoncé.