So Many Summer Reads, So Little Time 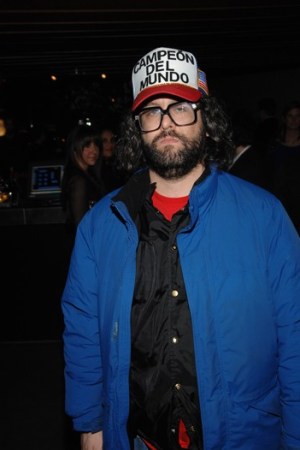 To get a grip about which novels or nonfiction might be worth your time, WWD asked seven authors about their new releases. They also weighed in about what will be on their bedside tables or beside their beach chairs.

“How to Beat Up Anybody” (It Books, a Harper Collins imprint)

The Takeaway: “To have the acquired amazing martial arts so that they will never have to worry about being bullied again. And so that they can protect themselves from Bigfoot attacks and ninja invasions.”

Summer Reading: “I’m going to read ‘Acne: It Can Be Cured’ (an important but largely forgotten book), Flying Saucers: The Real Truth (a book I wrote in the future) and ‘The Mystery of Snicker Doodle Lane’ (a teen novel I wrote in the Eighties).”

Lifechanging Book: “The Dictionary. A comprehensive yet boring book. No plot. And too predictable. I started reading it when I was 5. I just finished it 2 weeks ago. I’m a slow reader.”

The Takeaway: The realization that history is more than politics and the military. It is part of our identity and differentiates the human spirit in the sciences, the arts and ideas. The influence of France on history and our country is profound. It is much more extensive than most Americans realize. All you have to do is look at a map of the United States to see all the rivers, towns and cities with French names. They are part of our story. In the American Revolution, we would not have won the fight without their help. The army under Rochambeau was larger than the army under Washington. Most people have no idea.

Summer Reading: I’m reading “The Hare with Amber Eyes: A Family’s Century of Art and Loss” by Edmund de Waal and it is one of the most intriguing books I have ever read. For fun — Anthony Trollope. Have you ever read him? I’m addicted.

Lifechanging Book: “The Avion My Uncle Flew” by Cyrus Fisher. It’s a book that teaches you a little French as you progress. I was probably nine years old when I read it for the first time. I’m not a Francophile and I don’t speak French at all. But it’s never been a problem when visiting France. I have known the French to be friendly. I have never felt snubbed or treated rudely.

The Takeaway: First and foremost I hope this is one summer read you don’t want to put down. I hope it makes people laugh. Writing it my preconception is the time in which you’re born kind of seals your fate.

Summer Reading: “The Astral” by Kate Christensen and Cara Hoffman’s “So Much Pretty” — I heard her read in Brooklyn and she really knocked my socks off. And I think I will read again “The New York Stories of Elizabeth Hardwick.” Anyone who lives in New York should be reading this book. It is such smart, funny, sharp writing. It is the kind of book that reading it will make you a better writer.

Longlasting Book: “Bleak House.” Charles Dickens is such a master storyteller and entertainer. His books would be read aloud in public spaces [in Victorian England] and people would gather around as we might gather

Summer Fun: In June and July I will do my book tour but in August I am actually going to Maine. It’s all Maine all the time this summer. We are going back to a little cottage we rented in Parker Cove last summer. My boyfriend and I have a six-month-old puppy. Hopefully, he’s not going to destroy the beautiful, idyllic cottage.

The Takeaway: Don’t panic. That’s probably the message I want to leave my reader with.…I always wanted to be a comic book strip character. When you’re drawn [as she is in this graphic novel,] you can do anything.

Summer Reading: I just read a gorgeous book, “The Summer Without Men” by Siri Hustvedt. She is just a magnificent writer. It has a lightness and clarity and gutsiness that make it so satisfying. I like books that strike a whole bunch of chords. I’m a real science fiction geek so I will also read some books I’ve read before like “A Canticle for Leibowitz.”

Lifechanging Books: A book that meant a great deal to me was “Guns, Germs & Steel” by Jared Diamond. That book tries to explain why civilization has emerged as it did in different parts of the world. It looks at weather patterns, topographical patterns, the availability of plants, animals and minerals. It covered 10,000 years and I just thought, ‘How did this guy have the nerve?…And it’s brilliant.”

Summer Fun: My book tour has started. In July and August, we will work on the show [On The Media] including a week in San Francisco. And then I can start to read again.

“Drawings From the Film Beginners” by Mike Mills (Damiani)

The Takeaway: “Well, it has a lot more drawings than words, so it’s more looking than reading, and hopefully a little chuckling? Maybe they’ll come away with bit of historical consciousness; the history of sadness and love, 1955, some insights on Neanderthal emotional-sexual relationships, some great quotes from Allen Ginsburg, Zelda Fitzgerald, Harry Hay and James Baldwin, about men and men, men and women, love and sex and trying to get out of the prisons we’re so fond of putting ourselves in.”

Summer Reading: “I really want one of those old OED dictionaries, Lydia Davis and I just got a collection of Joan Didion non-fiction.”

Lifechanging Book: “Milan Kundera’s ‘Unbearable Lightness of Being’ — I first read it when I was about 20 and it’s still very much influencing my work. I’m still seeing bits of myself and people I know in it, or more clearly through it. I love the way it traces back the character’s behavior through their families stories, their culture-nation-historical stories, through words and misunderstandings, fate and the very random events that can shape everything.”

Summer Fun: “Into the woods! I love the Sierras. I’ll be by a river, a lake and hopefully will make a new trail to the river I found this winter.”

The Takeaway: “When I like a novel, what I take away from it is that my own ordinary life seems renewed by the reading, made exciting and more mysterious — as if I can see it from a different angle. It’s like being able to see the wood instead of the trees, for a change. I would like readers to feel that all four of my main characters have stumbled, at its end, into new phases in their lives. They don’t know what will happen next. They all four end feeling strongly alive, expectant. It’s a good place to leave them.”

Summer Reading: “I usually revisit at least one old favorite every summer. I’m in the mood for Dickens — perhaps ‘David Copperfield,’ which I haven’t read for a long time. I want to lose myself in something huge and utterly absorbing. I’m looking forward to Irish writer Anne Enright’s new novel, [‘The Forgotten Waltz’] about an affair. And then I’ve just bought an advance copy of ‘The Origin of Our Species’ by Chris Stringer, from the Natural History Museum in London, on the latest thinking about human evolution — looks nice and strenuous. We saw him speak at the Hay Festival.”

Lifechanging Book: Perhaps reading D.H. Lawrence in my late teens, early twenties. I think I took ‘The Rainbow’ so closely into my heart that I probably can’t re-read it now, can’t ever re-make my relationship with it freshly. I’m sure I based some very serious life decisions on Lawrence’s slightly crazy ideas about life and women and civilization. Perhaps not such a bad thing.

Summer Fun: We have a cottage in the country in Somerset. I can’t think of anything nicer. Writing in the mornings, walking in the afternoons, films or Scrabble in the evenings. Doesn’t matter if it rains. Breakfast in bed.

The Takeaway: “Individuals caused this problem. It was not some act of nature or inevitable force that couldn’t be stopped. At its deepest core, it was the abdication of government to put checks on the festering of greed that resulted from bad investments in housing, high-tech and fantasy stocks. This did not just occur in 2007. It’s been going on since the Seventies.”

Summer Reading: I loved Jo Nesbo’s “The Snowman.” I read art books for pleasure and I am going to read a biography about John Mitchell. This may sound pretentious but I will also read Tolstoy. I am also reading Financial Crisis Inquiry Commission Report that is better than any other summary written by journalists.

Summer Fun: “We’re going to have a house in Los Angeles, see our grandchildren and hope to play tennis.”