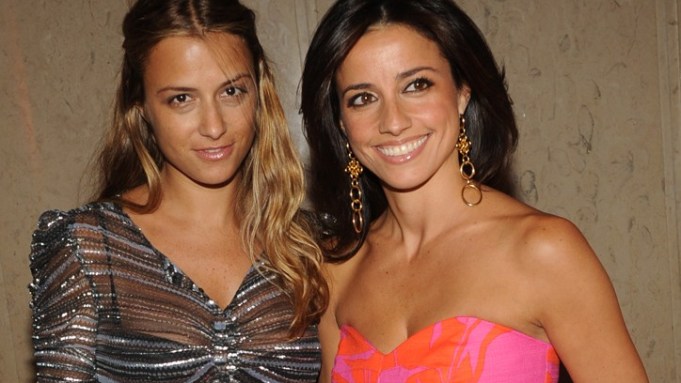 For once basic black was not the defacto hue when the American Museum of Natural History held its spring dance on Thursday. Instead, thanks to evening sponsor Lilly Pulitzer, most of the crowd — which included Claire Danes, Charlotte Ronson, Emmy Rossum, Ivanka Trump and Shoshanna Gruss — was awash in mint greens, hot pinks and robin’s egg blue. “It’s like Easter,” chirped Maggie Rizer as she surveyed the museum’s main hall, for which decorations included Pulitzer print throw pillows and table cloths. (Women outfitted in the brand’s signature sundresses were also painting floral prints on easels set up near the entrance.)

Veronica Webb, meanwhile, bucked the trend in a voluminous fire-engine red number designed by “Project Runway” winner Irinia Shabayeva. “You gotta back it up like a Maybach,” she laughed. “Go slow and be careful so you don’t scratch it.”

Tinsley Mortimer, for her part, stayed on-theme in a white eyelet Lilly number — though the reality star put her own spin on it. “I shortened it to make it cuter,” said Mortimer. “I took a pair of scissors to it right before I left the house.”