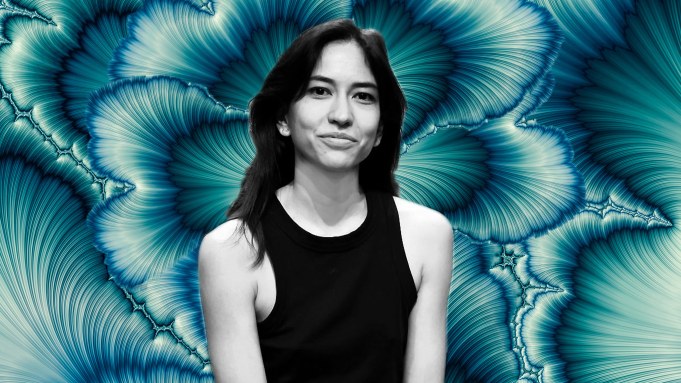 Sonoya Mizuno has been pulling double-duty this summer. When not onstage starring as Maggie in an off-Broadway production of “Cat on a Hot Tin Roof,” the actress has been filming a project directed by Randall Park.

“There was a day last week where I filmed the movie during the day, and then I did the play in the evening,” says the actress. “I loved it; it felt like a real test.”

Make that triple duty — the actress has also been fitting in press for HBO’s “House of the Dragon,” the prequel to “Game of Thrones” that is out next week.

The British actress has been seeking opportunities to push herself creatively, a pursuit that led her to “Cat on a Hot Tin Roof” in New York. The new production, which closes soon, is staged by Ruth Stage at The Theater at St. Clements, and is the first off-Broadway staging authorized by the Tennessee Williams estate.

“I felt very nervous about doing this [play] because it was such an unknown, but I felt deep inside me that it was the right thing to do at this point in my life. Not just as an actor, but as a person and as a woman,” Mizuno says. “I didn’t expect to get the job because I was in London, and I thought this was a very American play, with Southern accents. It’s all these things that I didn’t feel like I was an obvious choice for. But I knew the material was so good and so rich. My thought process was simply that it was something really good to work on, for audition purposes, but then it worked out and it really was a surprise to me.”

As Maggie, Mizuno carries the play’s first act; almost all of the dialogue is hers. Although a veteran of the stage — she’s a former professional dancer — she notes that theater acting is an entirely new game.

“With dancing, it’s almost like you have a kind of support with the music,” she adds. “There’s something particularly naked about just acting on stage, using your voice and no one else’s voice and no other sound.”

Mizuno trained with the Royal Ballet School and danced with several companies before jumping to acting, starring in screen projects including the miniseries “Maniac” and the Tig Notaro-directed film “Am I OK?,” which premiered at Sundance and will be released on HBO Max in the months ahead. She’s appeared in many of director Alex Garland’s recent movies, including a small role in “Men,” which came out earlier this summer, and the director’s next (and potentially last) project, “Civil War.”

“He has been such a support, and such a mentor and an inspiration and friend,” she says of working with Garland. “I often feel like I’m a bit of a Marmite type of person or actor, and he’s really made me feel not just OK about that, but good about it.”

Mizuno has been living near the theater; after the play wraps this weekend, she’ll return home to London. But the rest of her summer proves to be just as busy, with the release of the much-anticipated series “House of the Dragon.”

The actress doesn’t maintain any personal social media accounts and admits she hasn’t followed the online response to the “House of the Dragon” rollout. “Of course, I’m aware that people will be interested to see what we’ve done, for sure,” she says.

The actress was unable to attend the Los Angeles premiere earlier this month — she was performing — but will reunite with the cast for the London premiere, which will be her first time watching the show in its completion. Mizuno notes that she wasn’t a “Game of Thrones” fan before signing on, but once she got far along in the audition process, she decided it was time to check it out. “I could understand very quickly why people became so obsessed with it,” she says.

“I think the appealing thing about ‘House of the Dragon’ is that it’s not as sprawling as ‘Game of Thrones.’ It’s about one family, and it’s much more contained, and the drama all happens within the family,” she adds. “For me, that’s always more interesting because otherwise there are too many people, too many beards.”

Mizuno stars as Mysaria, who in the book was the lover of Daemon Targaryen, played in the show by Matt Smith.

“My character veers quite far away from the character in the book,” Mizuno says. “That is both liberating and a challenge for me and the director. Liberating in the sense that we had more free rein, but also it still had to have a kind of framework.”

Mizuno describes her character as a lonesome fighter, an outsider and happy about it. “She’s a self-made woman who is also making a lot of mistakes in the first season. It felt like she was going on a journey of understanding who she was and what she wanted in her life, and making mistakes,” she says. “There was something very human about her journey. It felt very relatable in terms of being a woman in her 20s and 30s and learning what you want and not pleasing other people, and realizing where your power truly lies rather than where you thought it lies when you were 22,” she continues. “Those feelings and experiences that we go through are so human, it doesn’t matter where it is — what type of planet, what era, or what have you. They’re so human, and they don’t really go away.