The actress stars in the comedy directed by Nicholl fellow Geeta Malik.

Sophia Ali was just waking up on Sunday morning as her new film “India Sweets and Spices” made its colorful debut during the Tribeca Film Festival. It was 5 p.m. on Saturday in New York, but 7 a.m. in Australia, where the actress has been stationed since mid-March filming the second season of Amazon’s teen drama “The Wilds.”

Although unable to celebrate the film in person, Ali is excited to finally share the story with audiences. The Indian-American actress stars in the coming-of-age comedy alongside Bollywood veterans Adil Hussain and Manisha Koirala, who play her parents in the movie, and rising star Rish Shah, her character’s love interest.

“Not every day do I feel like I get to really relate to my coworkers. I’m typically the only one like me around,” says Ali. “I didn’t even really realize that’s what I was missing — that commonality, that relation. They remind me of my family.”

“India Sweets and Spices” was inspired by writer-director Geeta Malik’s experience attending Indian dinner parties while growing up. The UCLA film grad received a prestigious Academy Nicholl fellowship in 2016 for an earlier version of the script. When the film was funded, backed by the same producers as “Crazy Rich Asians,” Malik reached out to Ali — who had participated in a table read for the project a few years earlier — to discuss the lead role. 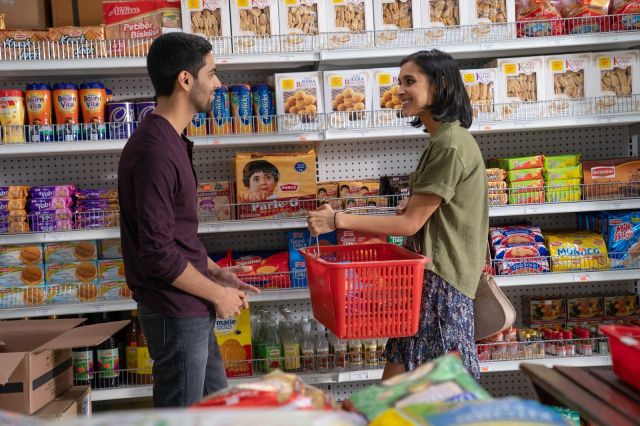 A still from “India Sweets and Spices.”  Courtesy 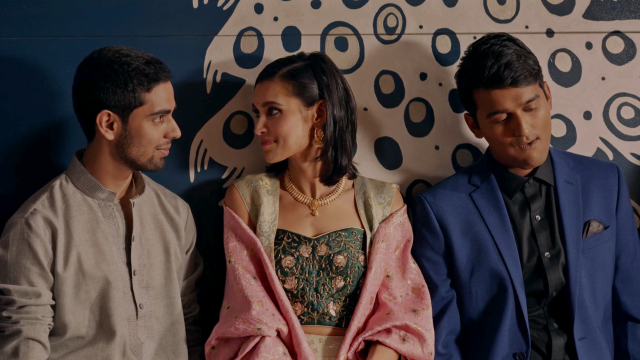 A still from “India Sweets and Spices.”  Courtesy

Ali stars in the film as an Indian-American college student who returns home to New Jersey after her freshman year. In between accompanying her parents to weekend dinner parties, she falls for the less-affluent son of a local shopkeeper — and discovers a few family secrets.

The 25-year-old actress resonated with her character’s curiosity — “she’s so blissful and curious and life is exciting to her” — and was reminded of a younger version of herself. “She has this sort of tenacious need to prove that people are good underneath it all,” Ali adds. “I admire her a lot, and like to think I’m like that as well.”

Next year, Ali will star in “Uncharted” alongside Mark Wahlberg and Antonio Banderas. “So many stunts, all stunts, a lot of stunts,” says Ali of her experience working on the film. “I have fun whenever I feel challenged, so I love things like that. Never in a million years did I think I could do half of the stunts that I did.”

And while she doesn’t know what’s next after wrapping “The Wilds,” the young actress is open to the possibility of a new character-driven challenge, in whatever form it arrives. “Like maybe play a psychopath or something,” she mulls. “I’ve never played an evil character before.”