She writes in the book that he is “a ‘famous unknown,’” adding, “Therein lies a deep injustice that needs to be redressed, and a mystery." 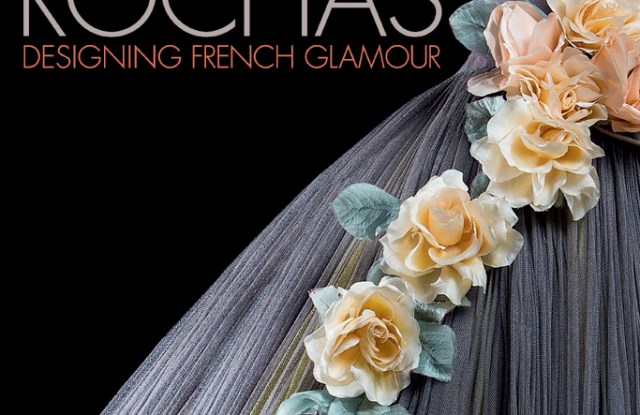 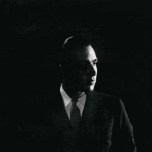 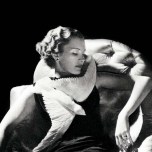 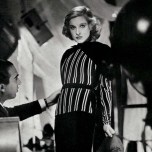 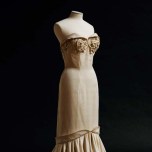 Sophie Rochas was a daddy’s girl, but her father, designer Marcel Rochas, unfortunately died suddenly of an aneurysm when he was 53 and she was 10. Her relationship with her mother, La belle Hélène, was much shakier, and Hélène sued to block the publication of her daughter’s new book, “Marcel Rochas: Designing French Glamour” (Groupe Flammarion). After Hélène died in 2011, the lawsuit was rendered moot.

“It’s completely unfair that he was as forgotten as he was until now,” she says of her father. “The name Rochas is without the Christian name. It’s nothing against my mother; it really has been associated with my father — beauty, elegance that made him famous for years all over the world. I tried as much as possible to be fair.”

She writes in the book that he is “a ‘famous unknown,’” adding, “Therein lies a deep injustice that needs to be redressed, and a mystery. My father is numbered among those dead poets whose work has dissolved like footprints in the sand. Yet, it was a huge body of work, developed over 30 years, thanks to two couture houses, hundreds of employees, several thousand designs, a cinema department and thriving accessories and perfume subsidiaries, which gave birth to the legendary fragrance Femme. An impassioned champion of French haute couture, Marcel Rochas was one of the pillars of Parisian elegance, alert to the latest trends, an architect of the ever-renewed line. With his pencil, this man who adored women caressed a thousand feminine forms, from the not-so-boyish garçonne to the goddesslike mermaid.” Among his innovations was the tying of business initiatives to cultural events.

As for Marcel and Hélène’s relationship: “They were really a very beautiful couple,” she adds. The story is that one evening in 1941, during the German occupation of Paris, he saw Hélène in the Metro taking the last train home for the evening and told her that she had a head for hats. She became one of his hat models, and within a relatively short time, they married. He was also a very good-looking man, and “women were crazy about him.” Being a heterosexual man in a fashion milieu also would have been a social advantage. But there were disadvantages — he was controlling, according to the book. He insisted that she have two children, keep her hair long in rolls around her head and always be impeccably groomed. One day, she snuck out and got her hair cut. “She felt a prisoner of an image,” her daughter says. “She was always saying that beauty is a full-time job. She was not happy, my mother. She was always saying in articles that she was not happy.” After his early death, she ran the company for many years, becoming the first woman to head a firm in France.
Marcel grew up surrounded by women, and his wives were intimately involved with his career. He had become a couturier with the inspiration and help of his first wife, Yvonne. The athletic talents and interests of his second wife, Rina, meshed with his and provided much inspiration for his designs, too. Hélène proved to be his best model. After he decided to close his couture collection, he announced she would design a group of 20 pieces to be shown in the atelier. “It was not easy because she was as beautiful as an actress, and, like many actresses, she was more woman than mother,” her daughter says.
Her older brother, François, Sophie says, was the beauty of the family in their generation, and he is married to a very dominant woman, Carole, like their mother. “I was probably the more masculine character,” she says.
The key to her father’s fashion designs was their mix of masculine and feminine, she feels. He loved stripes, for instance, and some of his most-admired pieces were his coats created with mitred stripes. “He was using the idea of a man’s coat, but he was adding details to make it incredibly feminine,” she explains. “That’s what’s making the difference….It’s the fact that he loved women; he always made women look beautiful.” Prints were also among his favorites, using such motifs as globes and birds. Three-dimensional versions of birds landed on the shoulders of some of his best-known dresses, too. His color sense was strong, with such mixes as a lavenderlike gray with yellow in an evening dress.
Then there were hats. Marcel Rochas had always loved hats and said, “Since most women are a little petite — and sometimes a little short — for the current look, which calls for very long lines, they have come up with the high pillbox, the turban rolled into a cone, the Persian tiara.”
Among the sources for the book, which has a preface by Olivier Saillard and was photographed by Francis Hammond, were actress Arletty and painter Leonor Fini, the latter of whom did a fanciful Surrealistic portrait of her with Hélène when she and François were children.