The 20-year-old actress stars in a series for the new streaming platform.

A still from "When the Street Lights Go On."

When Sophie Thatcher auditioned for Quibi’s teen murder-mystery series “When the Street Lights Go On,” the lines she read felt familiar.

“And then I looked through my e-mails, and there it was,” says the 20-year-old actress. Thatcher had auditioned for the same part several years ago as a teenager, when the project was being shot as a pilot for Hulu. She didn’t get the role, and the project didn’t ultimately pan out — until Quibi, the new streaming platform designed for mobile devices which launched April 6 with a slate of 50 original series.

The show’s journey to Quibi stretches back to 2011, when the original feature screenplay made it onto The Black List, an annual list of the best unproduced screenplays. It had several false starts before the premise ultimately found its way to Quibi, where it was rewritten to fit the platform’s short and condensed episodic format. Each episode is around 10 minutes long and designed to appeal to short attention spans.

“There’s always a cliffhanger at the end of each episode, so of course you’re going to click next,” says Thatcher.

Production quality is sleek and cinematic; the show is essentially a movie, split into parts. While it’s marketed as a young adult series, it also taps into Nineties nostalgia to target an older Millennial audience. Unique to Quibi is that shows can be watched in either a portrait or landscape phone orientation. “There are so many platforms coming out, but this is an entirely new idea,” she adds. “There are so many platforms — Hulu, Netflix — they all put out the same thing, but this is just turning the game around completely.” 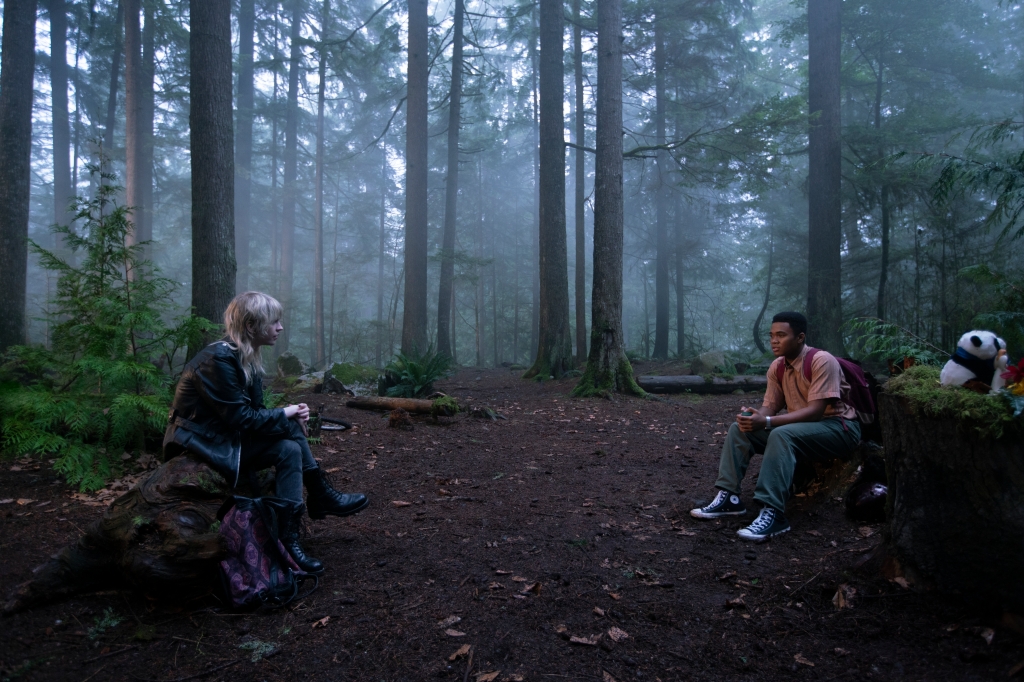 A still from “When the Street Lights Go On.”  Courtesy Quibi

Thatcher and director Rebecca Thomas share an uncommon connection. Thatcher watched Thomas’ film “Electrick Children,” about a teenage girl from a fundamentalist Mormon community, years before meeting her; both come from a Mormon background but have since left the church. That commonality aside, Thatcher was also excited to work with a female director.

“It’s just such a different feeling on set when you work with a female director,” she says. “I had to do my first kiss and make-out scene, and I know that’s not that big of a deal, but when there’s a camera right in front of you, it’s incredibly intimidating. She made me feel secure and like I was taken care of.”

Thatcher, who lives in Brooklyn, has been staying with family in her Chicago hometown since early March. She’d flown there to shoot a short film that she cowrote with her older sister Emma, who had inspired Thatcher to start acting when she was younger.

She got her start through the theater scene in Chicago, including a run as the titular character in “The Diary of Anne Frank” at the Writers Theatre. The young actress went on to book roles on locally shot series like “Chicago Med” and “Chicago P.D.” before getting a lead role in the 2018 film “Prospect” opposite Jay Duplass and Pedro Pascal.

In addition to the Quibi series, Thatcher recently filmed the pilot for “Yellowjacket,” about a high school female soccer team that survives a plane crash. “It turns into this ‘Lord of the Flies’ scenario,” she says. “But then it flashes forward 20 years, and it shows the people that survived and what they’re doing now after all that trauma.” She plays the younger counterpart to Juliette Lewis. If the series ends up being greenlit, it likely won’t start shooting until early 2021.

In the meantime, Thatcher has been creating music, reading, and watching a lot of movies with the help of Letterboxd, a social network for film recommendations. Recent movies she’s seen include “Lilya 4-ever,” “Meek’s Cutoff,” and “Trouble Every Day.” She’s also had a few taped auditions since being at home and isolation, which she feels grateful for — not to mention the release of “When the Street Lights Go On.”

“I think this time is about finding distractions,” she says. 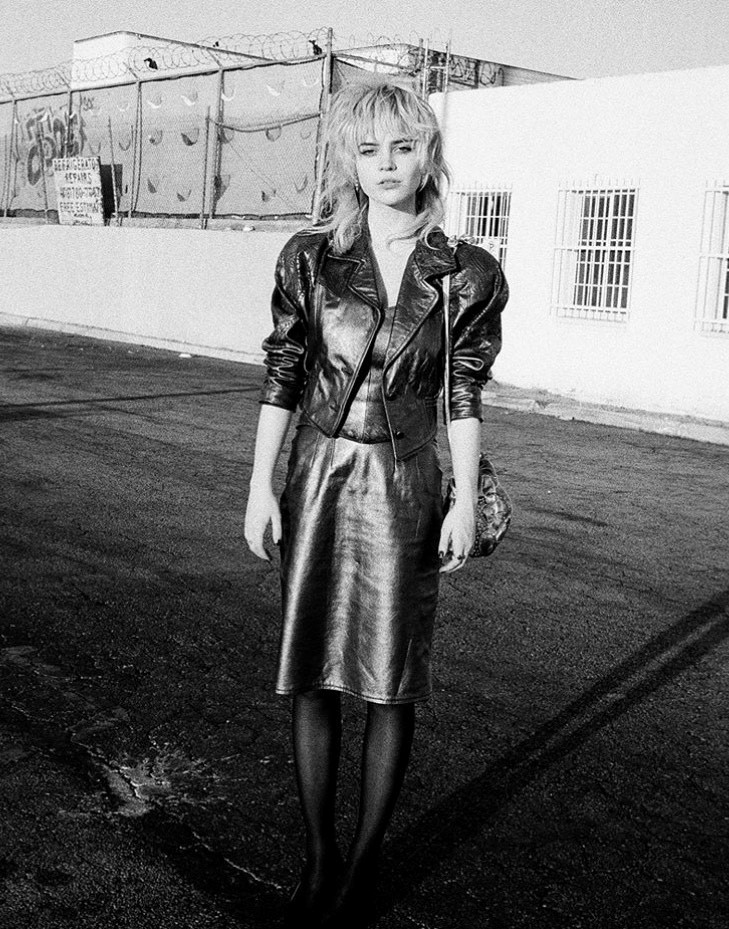 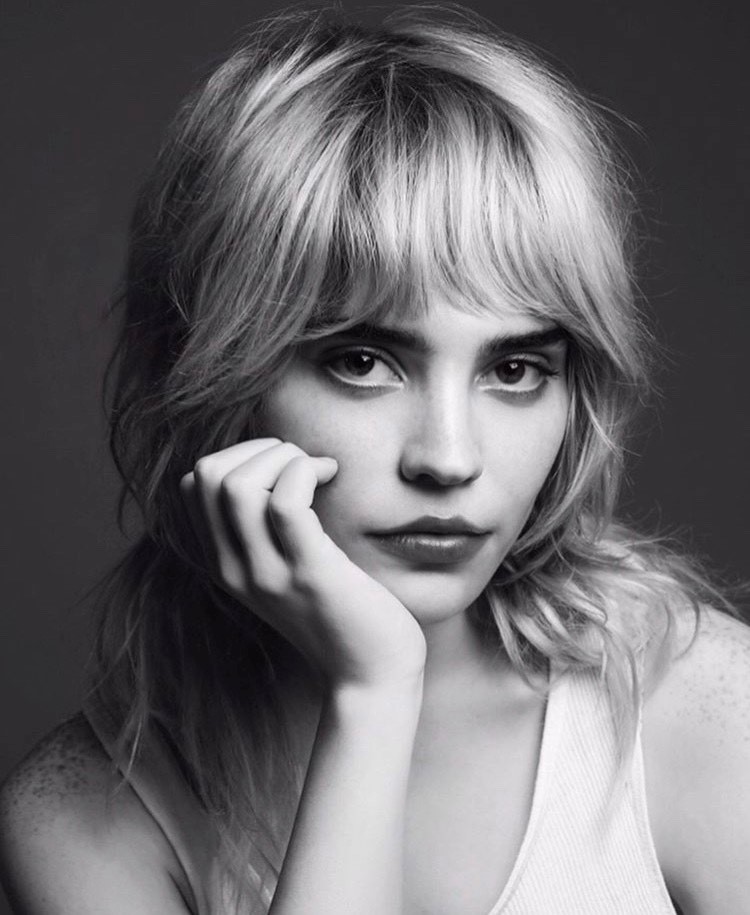