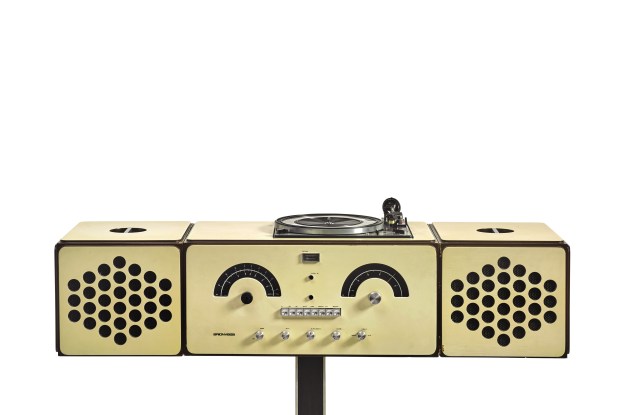 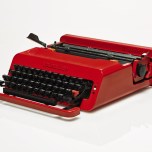 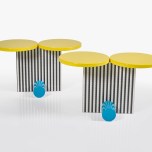 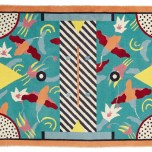 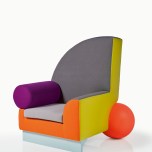 LONDON — The latest exhibition by Sotheby’s London, “Bowie/Collector,” sheds light on a lesser-known side of David Bowie, who was an avid art collector, and offers a window into the late musician’s private world by displaying the objects that were an integral part of it.

Bowie, who used to say “all art really does is keep you focused on questions of humanity,” collected pieces ranging from painting and photography to sculpture and furniture. His collection was very much rooted in a British sensibility, and includes works by 20th-century artists such as Damien Hirst, William Scott and Frank Auerbach.

Among the standout pieces is the round, abstract work “Beautiful, hallo, space-boy painting” created by Hirst in 1995 with Bowie. The musician liked how Hirst helped to make art more accessible to a wider public and their collaboration was a nod to that. The estimate is 350,000 pounds, or $463,000.

Auerbach’s “Head of Gerda Boehm” is another highlight. It is a textured oil painting of the artist’s cousin. “My God, yeah! I want to sound like that looks,” Bowie said of the work.

Bowie was also drawn to artists who captured the British landscape, and collected paintings by David Bomberg.

“David (Bowie’s) collection illustrates amazing examples of English Modernism; it really drove his collection. From Bomberg to William Nicholson, there are a lot of landscape paintings, so we dedicated a room of the exhibition to communicate this sense of being enveloped by landscape, which is a very British thing. And you know David was very British, the way he collected had a very British sensibility,” said Beth Greenacre, curator at Sotheby’s London.

Bowie was simultaneously drawn to Surrealism, African art and the work of Ettore Sottsass of Memphis Group.

A dedicated sale of the Memphis collection will take place at Sotheby’s on Nov. 11, and will range from a color-blocked “Bel Air” armchair by Memphis cofounder Peter Shire, to a red typewriter by Sottsass and a playful stereo cabinet with detachable speakers by Achille and Pier Giacomo Castiglioni.

He pointed out that Memphis “looked at the history of the very grand Italian design and turned it on its head, to completely create a new language and ask us the question of what furniture could be. Isn’t that what David did? He asked us to look at the world in a different way, so it’s easy to understand why he was attracted to it,” said Greenacre.

Greenacre said the irreverence of Memphis was in line with Bowie’s open-minded attitude to art. Bowie’s entire collection at Sotheby’s, he added, comes together through its focus on shape, form and color.

Contemporary African art is another integral part of the collection, as Bowie was introduced to a number of African artists during the Johannesburg Biennale in 1995. A three-dimensional piece of tribal-themed figurines by Norman Catherine is among the standouts. It has been estimated to sell for 15,000 pounds, or $18,350.

Bowie’s deep interest in the arts world extended beyond collecting pieces for himself. In 1994, he joined the editorial board of Modern Painters magazine — an invitation-only academic coterie — for which he interviewed a series of the artists whose works he collected, including Hirst, Jeff Koons and Tracey Emin.

He also launched an art book publishing company called “21” and threw a number of lavish parties to mark the agency’s book launches. Most notably, he hosted an elaborate event at Jeff Koons’ Manhattan studio to celebrate the launch of a book on the artist Nat Tate, a fictional character created by his friend and novelist William Boyd.

The exhibition will run until Nov. 10 at Sotheby’s New Bond Street with a series of events and talks planned over the weekend. The auction will take the form in three stages from Nov. 10 to 11, the first two stages focusing on the contemporary art pieces of the collection, while the third will be dedicated to pieces by Ettore Sottsass and the Memphis group.