O'Brien, who had her first chart-topping hit at age 16, is set to release her debut album later this month.

It’s hours before showtime, and Olivia O’Brien’s fans are already lined up outside of Bowery Ballroom. Inside the venue, the pop starlet sits cross-legged on the floor of her green room applying her makeup, gathering her thoughts and fighting off the pang of preshow nerves sure to set in.

“I kind of try to be by myself too and not talk to anyone,” says O’Brien of her preshow ritual. “My friends will try to talk to me and I’ll just be like, ‘No, don’t talk to me.’ I just need to be by myself and get prepared to go out on stage.”

O’Brien is touring in promotion of her first album, “Was It Even Real?” which drops April 26. But she’s not one to glamorize being on tour. “It’s just a lot of eating gas station food and not sleeping, so it’s really hard — but it’s fun,” she says.

Her trademark honesty is a breath of fresh air, and something she’s lauded for among her young fans. Her songs, about everything from being friend-zoned to dealing with depression, are no product of an older seasoned hired songwriter — O’Brien writes all of her lyrics herself.

“Not everyone can fully say, ‘This is how I feel,’ and write it down,” she says. “So I feel like that’s what I’m supposed to do, and then it helps people who can’t to understand that they’re not alone.”

A Napa Valley native, O’Brien wrote her first song at five years old. By seven, she was teaching herself to play guitar and piano. Having been a target of bullying throughout middle and high school, she often found solace in songwriting. In the times she felt most depressed, songwriting was her therapy.

Posting her songs on SoundCloud only made the bullying worse, but a chance cover of Gnash’s “Disposable” caught the rapper and producer’s attention. When he asked if she had any original songs handy, then 16-year-old O’Brien sent him the voice memo for a song that she recorded on a keyboard in her bedroom. This would eventually become the “Billboard” Hot 100 hit, “I Hate U, I Love U.”

Moving to Thousand Oaks, an outer suburb of Los Angeles, marked the shift of O’Brien’s hobby into a full-time career. “I wasn’t professional when I lived in Napa,” says O’Brien, “I was just a girl writing songs in my room.”

After recording and releasing her debut EP, “It’s Not That Deep,” O’Brien fell into a period of writer’s block, one that hit her like its hits most people — suddenly and without explanation. She didn’t feel elated, she didn’t feel depressed, just “numbness,” she says. “I was just kind of floating around through life and I feel like I was burnt out in that phase of my life. I had written everything I needed to say.”

She returned to the studio in January 2018, still in a funk, until a series of guitar chords played for her by one of her producers, Tobias Frelin, unlocked a sudden stroke of inspiration. First came “I Don’t Exist,” then the next day, “UDK,” and before O’Brien knew it, she had an album.

It would be easy to brand “Was It Even Real?” as a pop album, but O’Brien has never been the type to box herself into just one genre. Her inspirations, which range from R&B and jazz to rock and even a little bit of disco, are audible. “It’s definitely now more than ever combining a lot of different influences from everywhere,” she says, naming Fleetwood Mac and SZA as favorite artists.

In the past, O’Brien has collaborated with G-Eazy and Blackbear, but as of now, she wants to focus on telling her own story. She purposefully made her album a solo venture. “My album has no features because I feel like when I write songs, it’s for me,” she says. 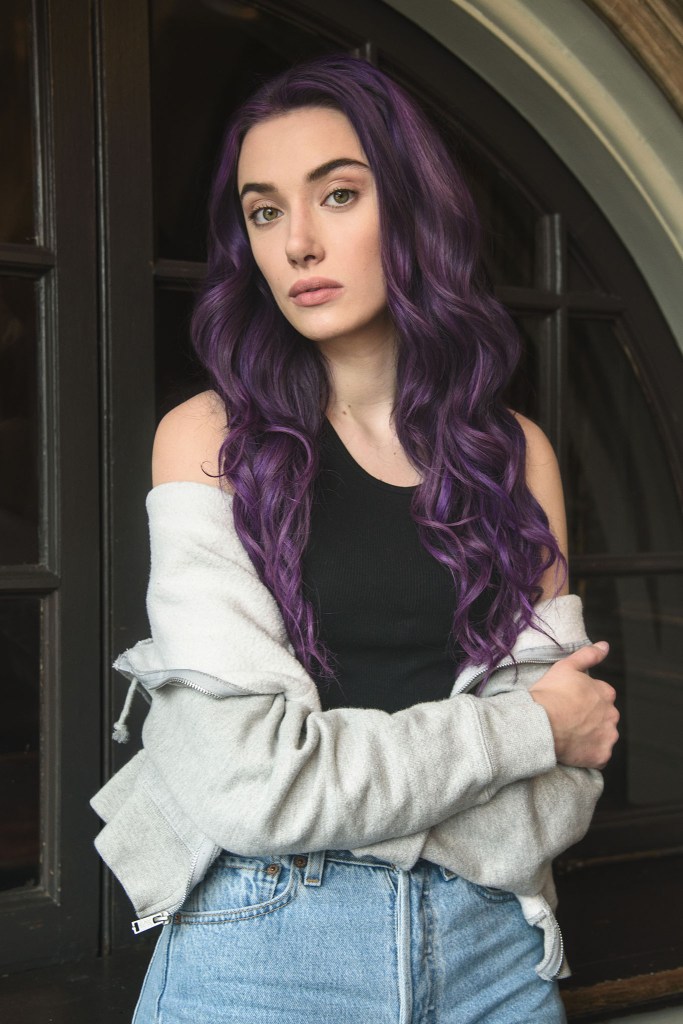