The winner of the 2019 Spartan World Championship was a former Army Green Beret.

Robert Killian has always been a gifted athlete. He was a high school track star, collegiate runner and during his career in the U.S. Army, was a member of the Special Forces, otherwise known as the Green Berets. He’s also notched a slew of podium finishes, including the Armed Forces World Champion at the 2009 Ironman World Championships in Hawaii.

But it wasn’t until he took up obstacle racing that he truly found his niche.

Killian, a 37-year-old Colorado native, member of the Colorado National Guard and professional Spartan racer, was in New York earlier this month to visit the Luminox pop-up shop in SoHo in his role as an ambassador for the watches, which are the official timing partner of the U.S. Spartan race series.

His visit to the Big Apple was a quick stop for the husband and father of two, who was fresh off his win at the 2019 Spartan World Championship in Lake Tahoe, Calif., and ready to jet off to Greece for the Trifecta World Championship Nov. 1 to 3, another version of obstacle racing.

While Ironman is a fairly traditional — albeit lengthy — triumvirate of swimming, cycling and running, Spartan racing can range from 3 miles to marathon distance and encompass up to 60 obstacles including fire jumping, climbing under barbed wire, crawling through mud, tire flips, heavy object carries and traversing a slippery wall. 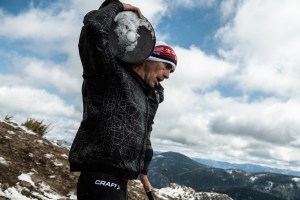 Spartan racer Robert Killian on the course at the 2019 World Championships.  Kyle Lieberman

Killian credits his Army training as the primary reason for his success. “My military background gives me a leg up on my competition,” he said. “I’m really great at mountain climbs and bushwhacking. If I had to race just on a track, I’d get smoked. I can run a 1:10 half, but you have to run 1:05 to make the Olympic Trials,” he said. “And I’m really good at triathlon, but not good enough to be a professional.” His Ironman winning time for the military division was 9:30. This year’s overall winner, Jan Frodeno, broke the tape in 7:51.

“But OCR [obstacle course racing] is my niche, my sport,” he said.

Despite a busy schedule of training, racing, working and parenting, Killian has transitioned into coaching the National Guard’s Best Ranger teams. It was during one of his runs with the Guards in the Appalachian Mountains earlier this year that he tore his meniscus and MCL, putting his entire season in jeopardy. But he doubled down on physical therapy and strength training and was able to bounce back and take the top prize this year.

Knowing life as a professional athlete wouldn’t be easy, he was hesitant when it was first suggested to him that he turn pro. “I have a wife and two kids so I have to be able to make a living,” he said. “But the ideal age for obstacle course racing is between 30 and 40 and I’m 37, so I knew if I didn’t take the opportunity now, I might not have another window. And I’m just grateful that it worked out.”

He credits his wife, a wildlife artist from Zimbabwe, for making their unconventional lifestyle work. “We have very non-traditional jobs but she’s able to stay at home with the kids,” he said.

He’s also grateful to sponsors such as Luminox who allow him to chase his dreams. “I wouldn’t be able to do this on prize money alone,” he said. “Now I can focus on this 24/7 so I can see my real potential and limits.”

He said he actually wore Luminox during his time as a Green Beret because the watches feature a self-powered illumination system that doesn’t require a button to be pushed or a light source to be visible. 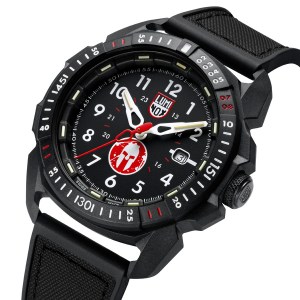 Luminox is the timing partner of the U.S. Spartan series races.

And now, he’s wearing the company’s Spartan series timepieces. “There are not a lot of watches that can survive going through barbed wire and rocks. But these are indestructible. I have 14 of them at home.”

What’s next for the king of obstacle racing?

He’s eyeballing the $1 Million Spartan Challenge, where he has to race — and race well — at Sparta before taking on the 24-hour Ultra World Championship in Sweden on Nov. 8. With his win in Tahoe, he’s well positioned to accumulate the points necessary to win the prize, but nothing is guaranteed. In fact, the prize went unclaimed in 2018.

“I’m not going to put all my eggs in one basket since Sweden is the weekend after Greece and the odds are stacked against you, but I’m going to try.”