Stars at the SAB Winter Ball 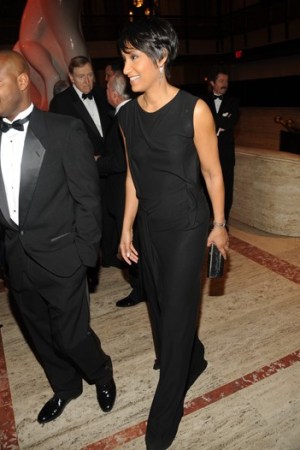 Desiree Rogers is putting the social into Social Secretary. The Obama White House executive was seen Monday night at the School of American Ballet’s Winter Ball among patrons and well standing socials. “I think it’s very important to reach out to the arts firsthand,” Rogers said during cocktails at Lincoln Center’s David H. Koch Theater. “I’ve already been approached about doing something at the White House with the students.”

Rogers was flying back to the capital first thing the following morning, where she’s also been checking out the cultural scene at venues like local jazz clubs. “We want them for a poetry slam,” she said of one particular spot. “It’s my job to stay ahead of the trends.”

Blake Lively, a guest of the evening’s sponsor Van Cleef & Arpels, was similarly enthusiastic about the cultural mood. “I was just saying to [my boyfriend] Penn [Badgley] that coming from Los Angeles, it’s wonderful to be in a city where people come out to support the arts.”

Longtime balletomanes Sarah Jessica Parker and Chelsea Clinton also attended
the benefit which raised a record amount for the school.