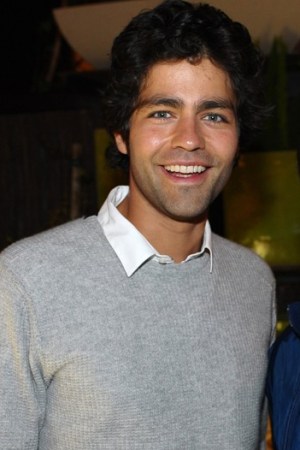 This story first appeared in the April 16, 2009 issue of WWD. Subscribe Today.

And these days, no one is above a bargain. Celebs and models Amber Valletta, Amy Smart, Anna Paquin, Dita Von Teese, Debi Mazar, Elizabeth Banks, Kristen Bell, Adrian Grenier, Anna Faris and Jamie King all flocked to the far west side for the organic cotton merch.

“As much as I love fashion and as much as it has supported me, I see how extreme and extravagant it is,” said Valletta, who is collaborating on a women’s clothing collection to be announced this summer.

Guests walked the green carpet (more of a pebbled walkway), nibbled vegetarian dishes and sipped organic cocktails. But some were looking for something just a little more familiar.

“Is there any beer here?” asked Grenier, before finding an amber ale at the crowded bar.