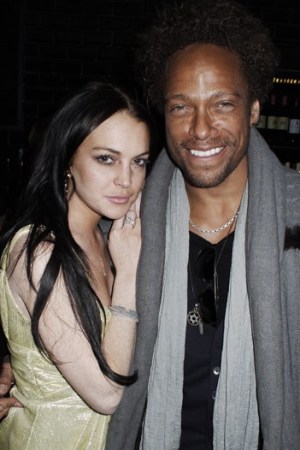 The Fabulous Faces of Sophie Okonedo

MEAL TICKET: “Singing just wasn’t paying the bills as much,” said actor Gary Dourdan before giving a performance for guests including Karl Lagerfeld, Lindsay Lohan and Natasha Poly at the opening party of the VIP Room Theater on Friday thrown by owner Jean-Roch.

Dourdan, who has quit the “CSI: Crime Scene Investigation” series, is working on a family fashion collaboration. “My mother is a designer and my sister is a designer. We had a brand before and we’re working on some plans right now,” he revealed.

Lagerfeld gave his seal of approval to the club’s New York-style Italian restaurant La Gioia. “I like the food. I feel safe here,” he said. The designer, who shared a table with Lohan, also lent a few words of support about her Ungaro fiasco. “It’s not doing her justice because she’s the sweetest girl in the world,” he declared.

Poly was letting her hair down: “For once I can sleep in the morning, I don’t have any shows,” she beamed. The top model was championing French designer brand Guilty Brotherhood. “I’ve known his designs for a while,” she said of her mini, mini outfit. “It’s a really new style of dress.”