Stars in Her Eyes: Cynthia Addai-Robinson Chats About Filming ‘The Accountant’

The actress appears opposite Ben Affleck in the new action thriller. 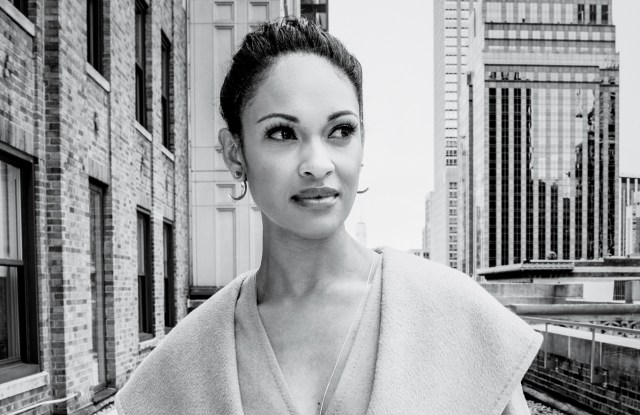 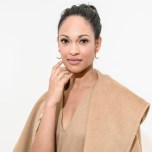 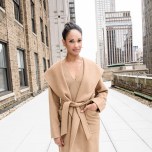 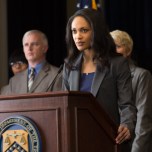 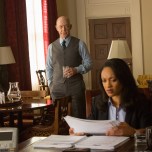 “To have the experience of sitting in the theater and seeing your name — I don’t take that for granted,” Cynthia Addai-Robinson says one morning from a rooftop terrace in New York. “I’ve been working many years to have that moment.”

Pretty soon, theatergoers will get a chance to see her name on the screen as well. The actress had just come from watching a screener of her first major film role, the Ben Affleck-led thriller “The Accountant.”

“It’s easy to get jaded in the business,” she says. “It’s easy to sort of have that happen over and over and be, like, ‘yeah, yeah, yeah.’ It becomes normal. It’s still not that normal for me.”

While the 31-year-old actress is fairly new to the movie business, having made her mark on television shows such as “Arrow” and “Spartacus,” the names alongside her own are much more familiar: Affleck, Anna Kendrick, John Lithgow, Jeffrey Tambor and J.K. Simmons. Her character, Marybeth Medina, is tasked by the Treasury Department’s Financial Crimes Enforcement Network (Simmons plays her boss, a Treasury agent) to investigate an elusive criminal accountant — Affleck — who’s been maintaining the front of a legitimate small-town certified public accountant business.

“My character serves as an entry point for the audience, so as I am uncovering clues and getting closer to finding out who this person is, the audience is piecing it together at the same time,” Addai-Robinson says. “It really does feel like a puzzle-piece of a movie.”

Working with such a starry cast also proved to be a little surreal. Addai-Robinson shares most of her screen time with Simmons and while they were filming, he was making the rounds at various awards shows — and winning — for his role in “Whiplash.”

“He’d shoot a few days, and then he’d go off and literally go win a Golden Globe and then come back and work,” she recalls. “I felt really lucky to share screen time with him especially right at that moment. There’s a little bit of an intimidation, but at the same time, you know, these are my peers, these are the people that are doing what I’m doing.”

At the same time, she’s not immune to being starstruck.

“You don’t want to be that person on a film set that’s like, ‘I used to watch you when I was a kid.’ They probably don’t like to hear that, but it’s true,” she adds.

The actress, born in London and raised in Maryland, largely credits the accessibility of television in her childhood home while she was growing up as her inspiration for what drew her toward pursuing acting professionally. “It was my way to see the rest of the world, and opened up a lot of stories and things to me at a young age,” she says. “So to have the full-circle moment of working with people that were essentially in my house — if you want to look at it that way — a little box, it’s still, like, very novel and wild.”

The New York University-trained actress resides in Los Angeles, but hasn’t ruled out the possibility of returning to Manhattan. “I’m always looking for a way to come back — gotta get that musical!” she says. “I’m happy for all the things that are just the planting of seeds.”

Who knows? Maybe one of those seeds will grow into a Broadway role.