The sudden death of the British supermodel was confirmed by her family.

British model Stella Tennant has died at the age of 50.

Her family confirmed her “sudden” passing in a statement this afternoon: “It is with great sadness we announce the sudden death of Stella Tennant. Stella was a wonderful woman and an inspiration to us all. She will be greatly missed,” they wrote in a statement, adding that arrangements for a memorial service will be revealed at a later date. 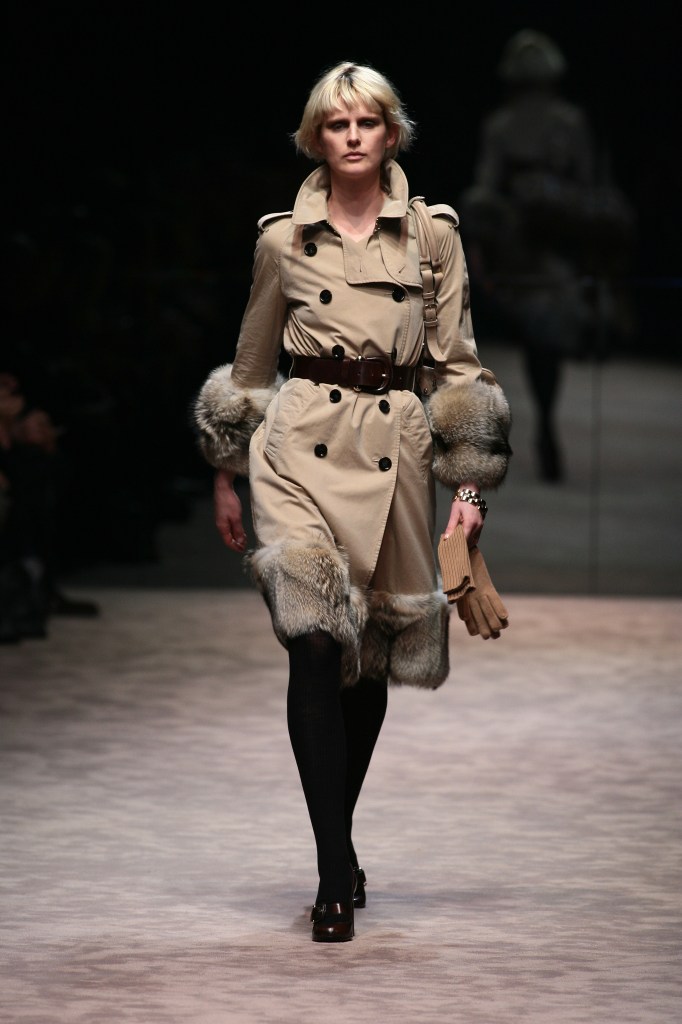 Stella Tennant on the runway at Burberry  Giovanni Giannoni/WWD

Tennant, who was best known for her androgynous look, was one of the most recognizable faces of the Nineties fashion scene, a muse to the late Karl Lagerfeld and a regular on the runways of brands like Chanel, Burberry and Alexander McQueen.

She has been spending her last years in Scotland with her family but has been keeping her ties to fashion: In 2016, she teamed with her old friend Isabella Cawdor to work on a women’s collection for the Chanel-owned Holland and Holland, filled with traditional cashmere knits and tweeds, produced in the mills in Hawick, Scotland.

“Stella Tennant was an exceptionally close friend of Chanel and worked with the house for more than 25 years, from the mid 1990s, when Karl Lagerfeld was first inspired by her, to the present day,” the French house said in a statement. “She was such an iconic and inspirational woman who embodied the modern spirit of Chanel through her independence, elegance and irreverence. Her incredible beauty, both inside and out, was matched by her irrepressible wit and humor.”

When she burst onto the fashion scene in the Nineties — discovered by the late Isabella Blow — Tennant immediately became an emblem of the grunge era, and a new generation of models who were edgy and unconventionally beautiful. With her nose ring, dark eyeliner and short cropped hair the aristocratic Tennant was so different from the supermodels that had preceded her.

She proved over the next decades to be a chameleon, working with some of the top photographers of the 20th and 21st centuries including Paolo Roversi, Bruce Weber and Peter Lindbergh, working with a host of brands on other projects beyond modeling. 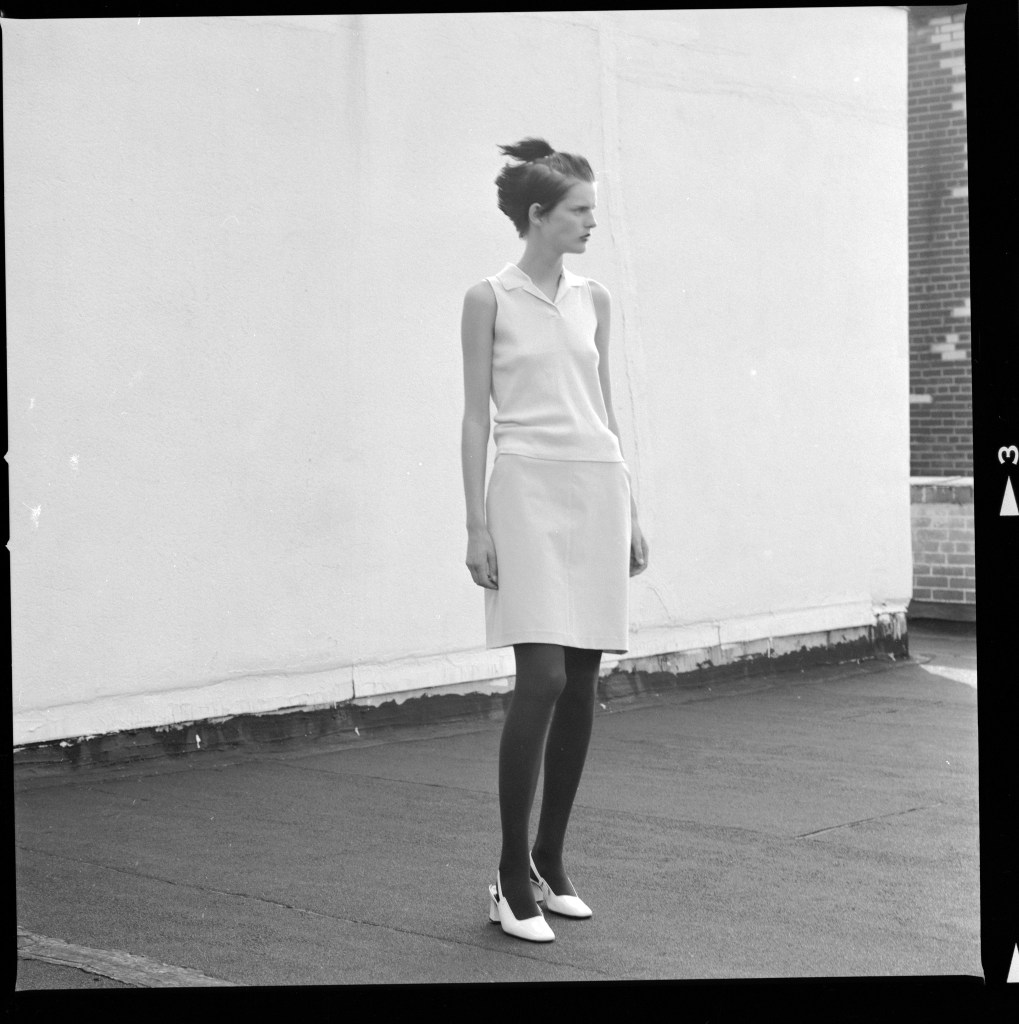 “It is with great sadness that I hear of the loss of Stella Tennant. Before being a distinctively beautiful woman, she was a remarkable human being: the embodiment of elegance that comes from within. I was always impressed by her natural poise. Stella was different and memorable, strikingly so. Her presence always lit up the image with wit and effortlessness. She will be missed,” said Giorgio Armani, who tapped the model to front campaigns for his namesake brand in the past.

“Stella marked a turning point in fashion’s aesthetics and language: with her elegant grace, her fluid talent and her communicative strength she was much more than a model. A unique and timeless beauty beyond stereotypes,” said Veronica Etro.

Charming and articulate, she was ever the gracious aristo and always seemed to wear her fame and her family background lightly. She was a granddaughter of the late Deborah “Debo” Cavendish, Duchess of Devonshire, and the Duke of Devonshire, Andrew Cavendish, and spent much of her childhood in and out of Chatsworth in Derbyshire, one of England’s grandest and most famous homes.

She is the daughter of Lady Emma Cavendish and the Hon. Tobias William Tennant, a  Scottish aristocrat. She was married to the photographer David Lasnet, a Paris-born photographer-turned-osteopath. The couple had four children.

The fashion community collectively expressed shock and sadness over the model’s unexpected passing.

Helmut Lang said, “Stella was my dear friend and family, 26 years as kindred spirits leaves my heart broken. She was famously known for her massive contribution to the fashion world and her iconic status. She had an electrifying personal style; [she] was kind to everyone regardless of status; [she] was strong and smart, extremely funny, opinionated and pragmatic, while fragile all at once, and always ready to laugh.”

Lang continued, “She was never happier than when she could leave fashion behind for a while and return to Scotland, which kept her grounded — bare feet in the soil — to be with her beloved family as a devoted mother and wife, as an artist-sculptor, designer, and activist for environmental causes, and much more. Aristocratic by birth, she was a punk at heart with no ounce of pretension. But [she] was so out of the ordinary, always ready to love and live life like nobody else.”

“What sad horrific news to end this already shocking year,” said Stella McCartney. “My heart goes out to Stella’s stunning family who must be in such undeserving pain. I am speechless. An inspiring woman, her soul and inner beauty exceeded the external perfection. Stella always had a grace and light that she carried wherever she went, leaving all around her left with a feeling of luck to have known her. May she ride high above us all on the most perfect horse eternally in peace.”

Having enlisted Tennant as a model in the Nineties, Calvin Klein said, “Stella had a natural elegance — a refinement that set her apart. She was not just a model, she brought her personality to all of her work, and she will be dearly missed.”

Stylist Katie Grand praised her work ethic on set: “Stella was a particular inspiring person to work with, her beauty and talent was exceptional. She worked incredibly hard, was always cool and wore clothes beautifully. As she matured she became even more beautiful,” Grand said.

Having worked with the model for so many years, Weber said they were “great pals.” The photographer described Tennant as “a gift to all photographers wrapped in a huge Scottish plaid bow. She never worried, if she looked beautiful, which she always did.”

Recalling how he once asked her to be photographed for the Pirelli calendar, Weber said Tennant laughed at the idea, “because no one had ever asked her before.” Weber added, “Joe McKenna was styling and we decided that instead of a black low-cut tight dress, she would wear a gorilla outfit, and she would hold its head so that we would know it was her. She said to me, ‘Bruce, I’ve been bragging all over London that I’m doing the Pirelli calendar, and then you put me in a gorilla outfit.’”

Piero Piazzi, president of Women Management Milan model agency, said Tennant was “one of the most marvelous and kindest models I ever worked with in 35 years. She was always in a good mood, and always punctual. We always stayed in touch, she even came to my wedding.” Piazzi recalled how her “eccentric” looks early on, “her pierced nose, her punkish” image was ahead of the times. “Although she was very versatile, her walk never changed, it was always very strong on the runway, whatever the brand she was working with.”

Designer Alber Elbaz called Tennant a friend and an icon. “She always represented to me what I love about fashion,” he said. “I will miss her greatly. I send all my love and support to her family that she loved with all her heart. We are all in mourning with you.”

For Alberta Ferretti, who worked with Tennant on many occasions, including her brand’s spring 2000 and spring 2001 campaigns shot by Paolo Roversi, it was Tennant’s “peculiar beauty” that always stood out: ”What I’ve always liked of Stella is her humanity and the fact that she was a person of substance: her personality was reflected in the camera and on the catwalk, giving clothes character and a strong sense of reality,” added Ferreti.

Bouchra Jarrar, who picked Tennant to front a Lanvin campaign when she was its creative director, said “Stella embodied pure elegance, and her androgynous beauty illuminated the ‘feminine.’ She represented the strength of quiet beauty.

Sandra Baucknecht, founder of Sandra’s Closet, met the model when she was working as a fashion editor at German Marie Claire in the late Nineties. Bauchnet said, “Stella filled a room with grace. When we were with Chanel in Cuba for the show in 2016, Karl Lagerfeld had photographed Stella for the exhibition “Obra en Proceso/Work in Progress.” There were many people in the gallery, but you could immediately spot Stella. She was born with this outstanding aristocratic beauty and a truly inspiring and loving soul.”

“I discovered fashion and Stella Tennant in almost the same moment, in the mid-Nineties, so that they would become somewhat synonymous. Stella was a woman who effortlessly captured the elegance and sophistication of a certain dream of Britain, and yet her beauty remained alluringly enigmatic,” said Salvatore Ferragamo’s creative director Paul Andrew.

“I had the pleasure of meeting and working with her when she starred in my first campaign for Ferragamo and opened the show a season later. She was gracious and grateful. Everything, even the small talk, was personal. It was a dream to work with her, and it feels equally surreal, not to mention heartbreaking, that she has left us,” Andrew added.

Tennant often frequented Vogue covers, one of the most recognizable being the much talked about July 2013 issue of Vogue Italia dubbed “Revolution.”

“Exceptionally charming, Stella Tennant is one of the most relevant interpreters of fashion of the past 30 years. Moving seamlessly from grunge to haute couture, from tomboy to ladylike, maybe what distinguished her most of all was her timeless elegance. A muse for the greatest photographers and designers of our times, she graced the pages of all the most important magazines and she has a special place in the history of Vogue Italia,” said Emanuele Farneti, editor in chief of Vogue Italia.

So did Donatella Versace, who shared a black-and-white image of Tennant modeling a dramatic leopard print skirt. “We met at the beginning of your career. I cherish every moment we spent together,” she wrote.

Like his peers, Burberry’s Riccardo Tisci spoke of Tennant’s one-of-a-kind look but also highlighted her kind energy as a friend and mother.“Stella Tennant was a true icon. Just like her name, Stella was a precious, shining star. She was an incredible woman, a dedicated mother and a timeless beauty, full of elegance and love. I deeply respected Stella who was a wonderful friend to me in our journey together through the industry. She had this aura and energy that was bursting with kindness and wisdom,” said Tisci. “Stella perfectly embodied that unique British eclecticism — the elegant and the punk — her individuality was incomparable and I could not have started my chapter at Burberry without her. Working with her on my first show and campaign at Burberry will always be unforgettable. Her legacy and beauty will forever stay in our heats — I will miss my sweet friend, my star, so much and wish peace to her and her loved ones.”