Her look and style are still inspiring designers who weren’t even born during her lifetime. 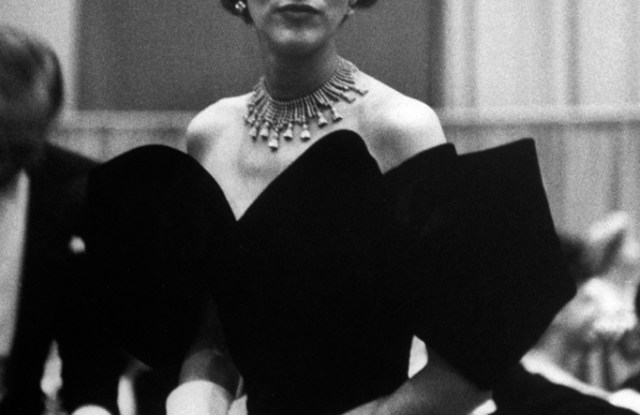 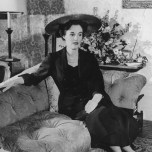 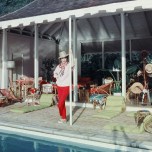 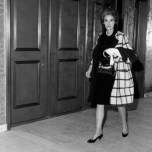 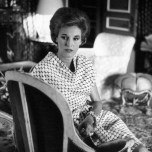 Her look and style are still inspiring designers who weren’t even born during her lifetime. Until the very end, she almost never took a bad picture. Barbara Paley, known as Babe, was one of the three beautiful and celebrated Cushing sisters, daughters of pioneering neurosurgeon Harvey Cushing. They all married very wealthy men: her sister Mary, called Minnie, married Vincent Astor and James Whitney Fosburgh; her sister Betsey married James Roosevelt and John Hay Whitney, and she married sportsman and advertising executive Stanley Grafton Mortimer and CBS head William S. Paley.

Babe was slender, with a long face and a long neck, and wore clothes beautifully. Those clothes were often from Balenciaga, Valentino or Givenchy. They were always clean-cut and extremely simple, punctuated, perhaps, by details such as color-blocking or a dramatic pin in the shape of a starfish or a swan. Fulco de Verdura and Jean Schlumberger were her favorite jewelers. She wore her hair short, and when it went gray, she was one of the first to leave it that way, going natural as a style statement.

Those were the days of the style-setting Ladies Who Lunched, and Babe was the woman every other socialite wanted to look like. In 1941, Time Magazine named her second on its best-dressed-list, after the Duchess of Windsor.

Babe Paley also knew how to create a beautiful world for her man. The Paleys’ apartment at the St. Regis was decorated by Billy Baldwin, and their 20-room apartment at 820 Fifth Avenue by Jansen, Parish-Hadley and Baldwin. The Fifth Avenue flat was dominated by the seven-foot Picasso painting, “Boy Leading a Horse,” and by the Paleys’ collection of post-Impressionists. A Bonnard hung over a Louis XVI cabinet. Dinner menus were archived to avoid repetition.

Her hospitality at the 80-acre Kiluna Farms, the Paleys’ country retreat in Manhasset, Long Island, was legendary. High-thread-count sheets, perfectly placed comforters, scented candles and wood fires were part of the winning formula. The Paleys’ gardens were created by the legendary Russell Page, and included a “secret garden” around a pond.

Capote was Babe Paley’s close friend and confidant until he did the unforgivable: In “Answered Prayers,” he depicted a character apparently based on her husband in an extramarital tryst with someone said to be modeled on Happy Rockefeller, which ended up in a big mess. Literally. When she read the excerpt from the book, Babe dropped him and never spoke to him again.

And no matter how impeccable she looked in those Slim Aarons photographs, her life wasn’t really perfect. Her husband could be a tough taskmaster, and she was troubled by his energetic womanizing. She also smoked two packs of cigarettes a day and died of lung cancer at just 63.

Nevertheless, to this day, whenever a designer wants to create a collection based on impeccable WASP style, he or she is quite likely to make Babe Paley an inspiration.