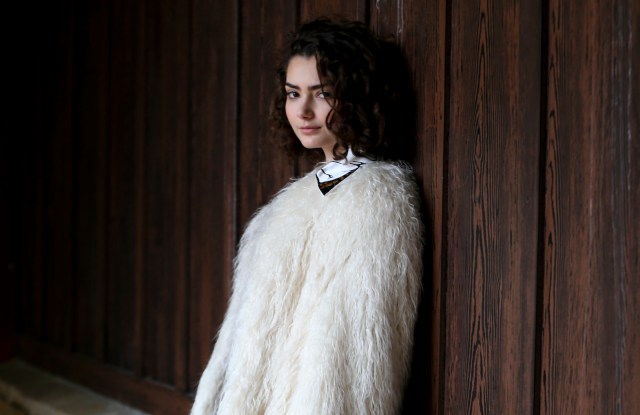 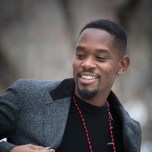 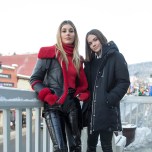 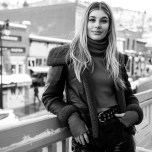 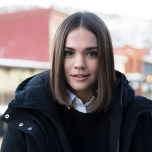 New York native Emily Robinson, who is best known for playing the younger version of Ali Pfefferman (played by Gaby Hoffman) on Amazon’s “Transparent,” has just landed back in her hometown — for her freshman year at Columbia University, where she’s majoring in creative writing.

The 19-year-old was lured back to the West Coast, where she has worked steadily on a stream of television shows for most of her teens (she’s been acting since age seven), to attend her first Sundance Film Festival. Robinson had supporting roles in the festival’s opening night film, Tamara Jenkins’ dark family comedy “Private Life” and the buzzy “Eighth Grade,” the directorial debut of YouTube star-turned-writer/actor Bo Burnham.

CLASS ACT: “I missed a day of classes to be here, but yeah, they are pretty understanding at Columbia,” she said. “I was there last semester and within the first month there was fashion week and I went to Paris and other disruptions. I like it that way, it keeps me busy.”

DESIGN INSPIRATION: “I cried during fashion week, in a good way,” she said of Prabal Gurung’s show last February. “At the end he had all the models walk out to ‘Imagine’ wearing red T-shirts with phrases on them. Even reading his show notes I got teary-eyed because he’s so consistently committed to inclusion and diversity and representation and it’s so important.”

FAMILY TIES: Robinson did a taped audition to score her role in “Private Life” and was happily surprised to find out she’d be working with “Transparent” costar Kathryn Hahn.

“In the movie, Kathryn and Paul Giamatti are married. And Molly Shannon and John Carroll Lynch are married. John and Paul are brothers, and I am Molly and John’s daughter. But John’s my stepdad, not my biological dad.” Got that? Things get more complicated with Robinson’s older sister, played by Kayli Carter, donates her eggs to fertility-challenged couple Hahn and Giamatti. Robinson describes the climactic Thanksgiving dinner scene as “one big ordeal, and we were stuck in a house in White Plains for what seemed like forever.” In other words, the movie’s notes ring true to life.

MIDDLE GROUND: In “Eighth Grade,” she plays a popular high school senior assigned to mentor shy eighth-grader Kayla, played by Elsie Fisher. “Eighth grade can be a really petty time, a mess of emotions, and it was wonderful us being the same ages as our characters and having a similar relationship in real life. It made the whole process like this overarching hug,” she said.

BOY WONDER: Robinson was a big fan of the 27-year-old Burnham’s, who showed remarkable skill with his script and direction of younger and older characters. “The first time I read the script I cried. You definitely laugh at the awkwardness of puberty, but we are laughing with [Kayla], cringing like “Yes, I’ve been there before,” she said.

ON #TIMESUP: “Transparent” lead Jeffrey Tambor was among those called out, electing not return for the fifth season after two women accused him of misconduct, which he denied. Said Robinson, “At first I was a little hesitant to look at Time’s Up as a watershed moment because sometimes when the pendulum swings one way there is backlash, but I think now there are so many important conversations that are finally being had,” she said, noting that she’s been fortunate to have “relatively few negative experiences” in show business. “It’s exciting to see camaraderie between women and also eventually men, ensuring spaces are not crossing any boundaries that are unprofessional and derogatory, and making sure any gender is accountable for their own behavior, because this is an everyone issue.”