"It's just an insane metaphor for the truth," the actress said of her new movie from "Dear White People" director Justin Simien.

When writer, director and produced Justin Simien called Elle Lorraine to request she audition for his upcoming movie “Bad Hair,” the instructions were straightforward:

“He’s like, ‘Bring it, OK?,’” Lorraine recalls of her conversation with the director, with whom she’d worked on season two of “Dear White People.” “‘Just bring it.’”

“Bad Hair,” which was recently bought for $8 million after Hulu beat out Netflix and Lionsgate for the film, is “insane in the best possible way,” according to Lorraine. The campy horror movie tells the story of Anna Bludso, played by Lorraine, who, after a scalp burn from a mild relaxer perm, gets a killer weave that is possessed and seeking revenge.

“It’s just an insane metaphor for the truth,” Lorraine says, exceptionally bubbly for 10 a.m. on a busy weekend of premiere events. “Although it’s set in 1989, it just rings so true still today in beauty standards and even how we juxtapose one thing we say we’re supposed to do, or how we say we’re supposed to be with people, versus how we truly allow people to express themselves and how we judge those things.”

The experience also opened her up to question her own perceptions of beauty standards for black women.

“One of the most amazing things about being an artist is that things are cathartic experiences where you heal yourself as well. And so I started reminiscing on my own experiences with prejudice against my hair, prejudice against my skin color. And sometimes feeling like, ‘I’m the one. I’m the best one.’ And not saying, ‘I’m better than everyone else, but I’m qualified and I deserve to be here, except you don’t see the whole me.’”

Lorraine, a Houston native, studied theater at Chapman University, where she was one of the few people of color on campus.

“I experienced parts of myself where I felt like I needed to adjust in order to survive and fit in, in ways, because we’re ‘other’ very easily,” she says. “As I got older I was, like, ‘Actually I don’t like this. I’m going to shift back and figure out who I am.’”

Having relocated to Los Angeles, she now runs a production company with creative partner Dime Davis as a way to create content when no one was hiring them. In addition to acting, writing and producing, she makes music — and is interested in modeling, with a certain cover story in mind. Back when Instagram was still somewhat new, she beat out Elle magazine for the handle @ellemagazine — and yes, they’ve tried to get it back.

“Maybe one day I’ll negotiate a cover for the handle back,” she says. “That’s secretly my plan.” 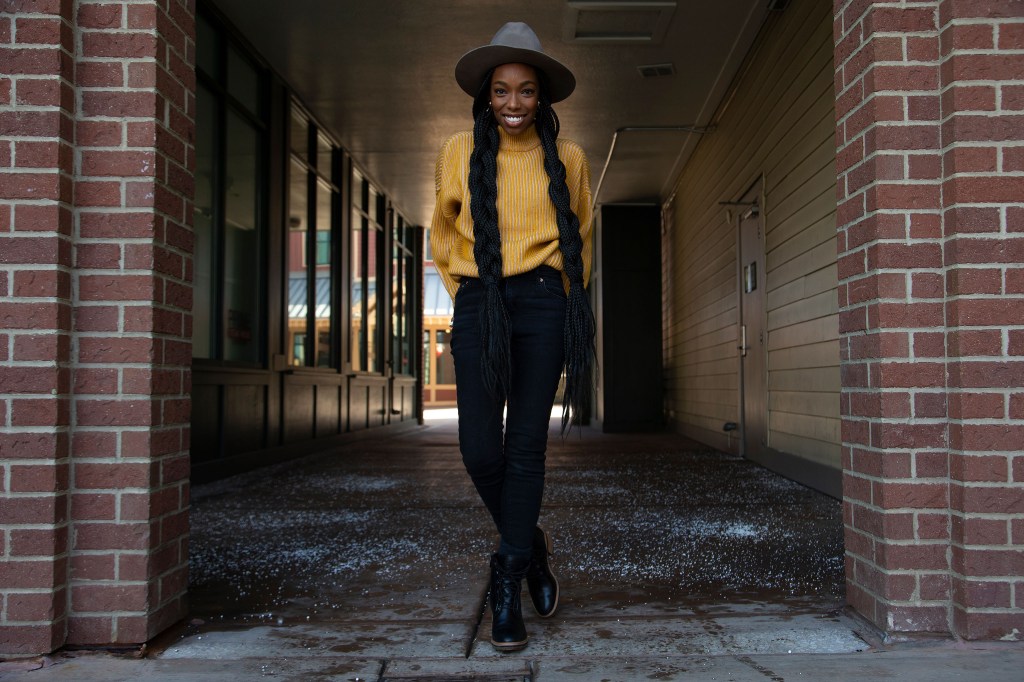