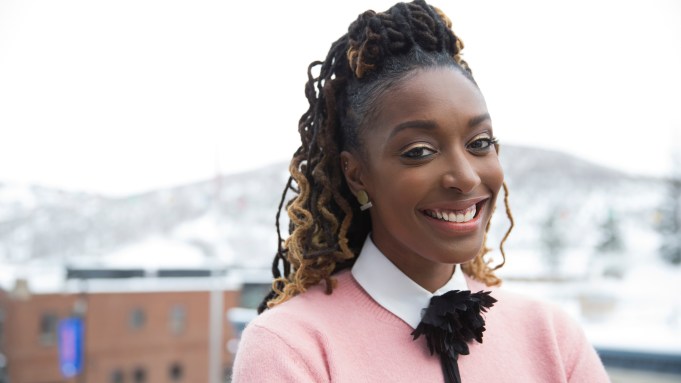 In 2012, YouTuber Franchesca Ramsey became a viral sensation when her video “S–t White Girls Say to Black Girls” racked up millions of views — more than 12 million to date — and landed her an agent. The catch? “Overnight success” had actually been six years in the making. Starting in college, she launched two channels on the video platform with a combined subscriber base of nearly 350,000: Chescaleigh, to show off her comedic chops, and Chescalocs, where she first gained traction with her natural hair tutorials. “I was looking for help with styling my hair and was really struggling to find it, and I have very much been of the mind that if you see a need for something and you can create it yourself, then go for it, so I started creating content around beauty,” she said.

The vlogger’s career then took off in a series of fits and starts, including winning a red carpet reporter contest for People magazine. “I went to the Emmys and I interviewed celebs on the red carpet, then nothing happened. I had to go back to my regular job,” she recalled. “It was really a good experience for me, getting a brutal realization of, ‘If I want to make it in this industry, I’m going to have to keep working.’”

When she finally became Internet famous, she said it was “very much a combination of luck, persistence and just having a unique angle on the ‘S–t Girls Say’ meme. You never know when something’s going to take off.”

Within a few weeks, she quit her job as a graphic designer at Ann Taylor and hit the audition circuit. “I had moments where I was pounding the pavement and things weren’t really working out,” said Ramsey, who took a job as a writer for Upworthy during a two-year dry spell that included a failed television pitch.

Slowly but surely, things began to click. Ilana Glazer and her brother Eliot Glazer, who made “S–t New Yorkers Say,” reached out to Ramsey. After a coffee date and a little bit of schmoozing — they share a manager and YouTube roots — Ramsey scored a role on the first season of “Broad City,” as it transitioned from a web series to Comedy Central. Then, she sold her own web series “Decoded” to MTV. A writing stint on “The Nightly Show with Larry Wilmore” followed, and even yielded some valuable on-screen time for her #HashItOut With Franchesca segment.

Now, Ramsey makes her second appearance at Sundance in the hopes of selling her “anti-Goop” comedic docuseries, temporarily titled “Franchesca,” which premiered in the fest’s inaugural Indie Episodic section. “It was an exciting opportunity to go back to my roots and talk about beauty and culture and style in a very different way,” Ramsey said. Each episode will feature a friend, like comedian Michelle Buteau, who gets her nails done with Ramsey in the first episode. Who is her dream guest? “It’s a toss-up between Beyoncé, Solange and Lupita Nyong’o.”

Next up is Ramsey’s part-memoir, part-advice book, “Well That Escalated Quickly,” due out in May. “It’s really about how I got started and mistakes I’ve made along the way,” she said. Those include engaging with online trolls. “Anyone that creates content is going to deal with [trolls], but especially as a woman and a woman of color, there are a lot of people who are threatened by marginalized voices. It’s not something that’s been unique in that respect,” she noted. Ramsey also has a project in development at Comedy Central, a sketch show about identity which she hopes can take her career “to the next level.”

But regardless of the success of any of her projects, Ramsey’s career philosophy helps her keep it all in perspective, saying, “You create content because you love it, not necessarily because you’re looking for fame or know what it will potentially lead to. If you have a story to tell, you should be telling it no matter if a thousand people are watching or a million people are watching, or it’s just, like, your mom, which it was for a long time.”